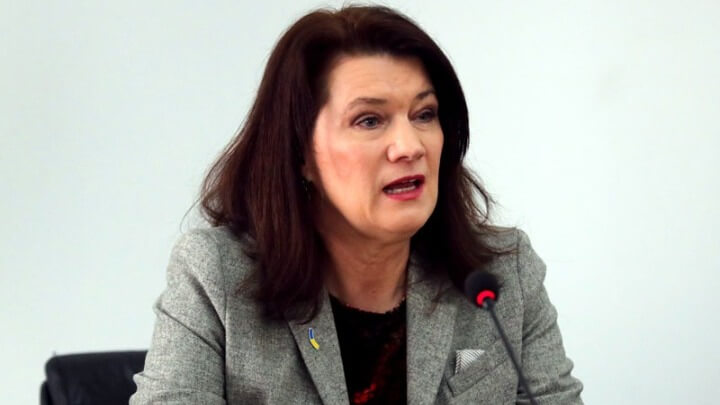 Sweden has been assured by the United States that it will receive support in the period leading up to the ratification of its NATO membership, in the event that Stockholm submits a request, as Swedish Foreign Minister, Ann Linde, said on Wednesday.

Sweden and neighboring Finland were left out of NATO during the Cold War, but Russia’s annexation of Crimea in 2014 and the Russian invasion of Ukraine prompted the two countries to reconsider their security policy, with their NATO membership being an increasingly probable scenario, as reported by APA MPA.

The two countries are concerned that they will be vulnerable during the process until their accession to NATO, whose approval by the 30 member-states of the North Atlantic Alliance could take up to a year.

“Of course, I will not go into details, but I feel very confident that we now have US assurance,” Linde told Swedish television after meeting with US Secretary of State, Anthony Blinken. She clarified, however, that these are not “specific security guarantees”, such as those obtained by a country that is a full member of NATO.

Linde refused to say what kind of assurances she received from Blinken, saying only that “Russia can be sure that any hostile action against Sweden, as it has already threatened, would not be something the United States would simply allow to happen…without an answer.”

Sweden’s Defence Minister said last month that his country’s possible request to join NATO could provoke a series of reactions on the part of Russia, including cyberattacks and “hybrid measures” – such as propaganda campaigns – aimed at undermining the security of his country.

Moscow has warned that it could deploy nuclear weapons and supersonic missiles in the Kaliningrad enclave if Sweden and Finland join NATO.

Linde, who will travel to Canada to discuss security issues with the Canadian government, said the United States strongly supports the prospect of Sweden and Finland joining the North Atlantic Alliance, as it believes such a development would enhance stability in the Baltic and Arctic regions.

Both Sweden and Finland are expected to decide within a month whether to apply for NATO membership.