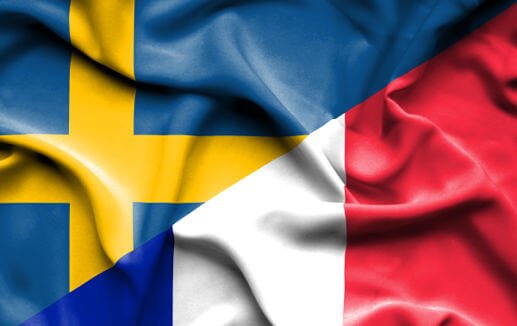 The Defence Ministers of France and Sweden signed a letter of intent on defence cooperation aiming to strengthen stability in Northern Europe, following the agreement entered into between France and Greece.

The Franco-Swedish cooperation reaffirms their commitment to the Mutual Assistance Clause – Article 42.7 of the Treaty on European Union and is expected to promote stability in the Baltic Sea region. The letter also reaffirms their will to promote international law, to defend the European security order as well as a robust and balanced transatlantic relationship.

The two parties are eager to develop new axes of bilateral cooperation, complement existing efforts and take advantage of current structures to tackle strategic dialogue on security and defence matters, intelligence sharing, to boost research and development, and extend cooperation in the field of defence capabilities development.

The countries are also looking to strengthen interoperability between their Armed Forces and enhance the capacity to conduct joint operations. The signatories are also looking at new avenues for cooperation in the fight against hybrid threats and “grey area” activities in coordination with the North Atlantic Treaty Organization and the European Union.

Sweden and France have planned to achieve these targets through increased practical cooperation between the Armed Forces and respective defence agencies as well as through participation in joint training exercises. The Signatories are also eager to work together on multinational operations and sharing of strategic information.

The letter of intent, signed in English and French is not legally binding under international law. Beyond the Mediterranean, it seems that France wants to get a foothold in the Baltic Sea as well.

With information from: Defenseworld.net, defenceredefined.com.cy