Stavros Niarchos Foundation | Arrival of 2 Beechcraft aircraft for the National Center for Emergency Care – A donation amounting to € 16 million
Defence Redefined
Published on 14/04/2021 at 18:21 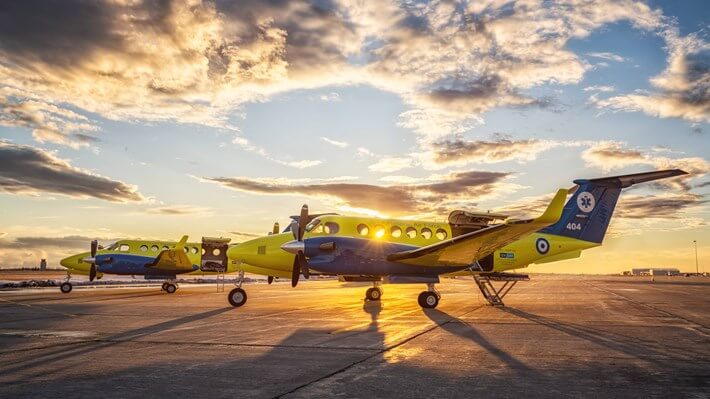 On Wednesday, April 14, two Beechcraft King Air 350 aircraft landed in Greece, as a result of a grant from the Stavros Niarchos Foundation (SNF) so as to strengthen the capabilities and efficiency of the National Center for Emergency Care’s (EKAV) air ambulance services.

Earlier on March 3, 2021, as part of the ISN donation, two Augusta Westland 109 Trekker helicopters from the Italian Leonardo were received, featuring, among others, modern air navigation equipment, an incubator for the delivery of newborns and a negative pressure chamber.

This € 16 million grant is part of SNF’s $500 million-plus Health Initiative and aims to help ensure prompt, safe air transport for ill and injured patients from remote areas of Greece to central treatment locations across the country and Europe.

Also read: Donation of a second General Supply Ship to the Hellenic Navy by the Laskaridis family

SNF Co-President Andreas Dracopoulos said, “Our goal in making a grant to strengthen EKAV’s air ambulance services as part of the SNF Health Initiative is to help reach those who might otherwise be excluded from access to health care and give peace of mind to people in Greece who live in areas remote from critical health services. The new aircraft allow for the swift transport of anyone in need to central healthcare locations and offer EKAV’s staff the infrastructure necessary to perform their work safely and effectively.”

Beechcraft King Air 350 aircraft are equipped with state-of-the-art air navigation instruments. According to the ISN, their cabins were adapted for health care use by specialists at a world-leading company in the field.

The aircraft provide capacity to transport two patients at the same time and feature a specialized mechanism for lifting stretchers to ensure the safe entry and exit of ill and injured patients. Furthermore, the aircraft include incubator transport infrastructure to carry newborns as well as a negative pressure capsule to transport people with infectious diseases. 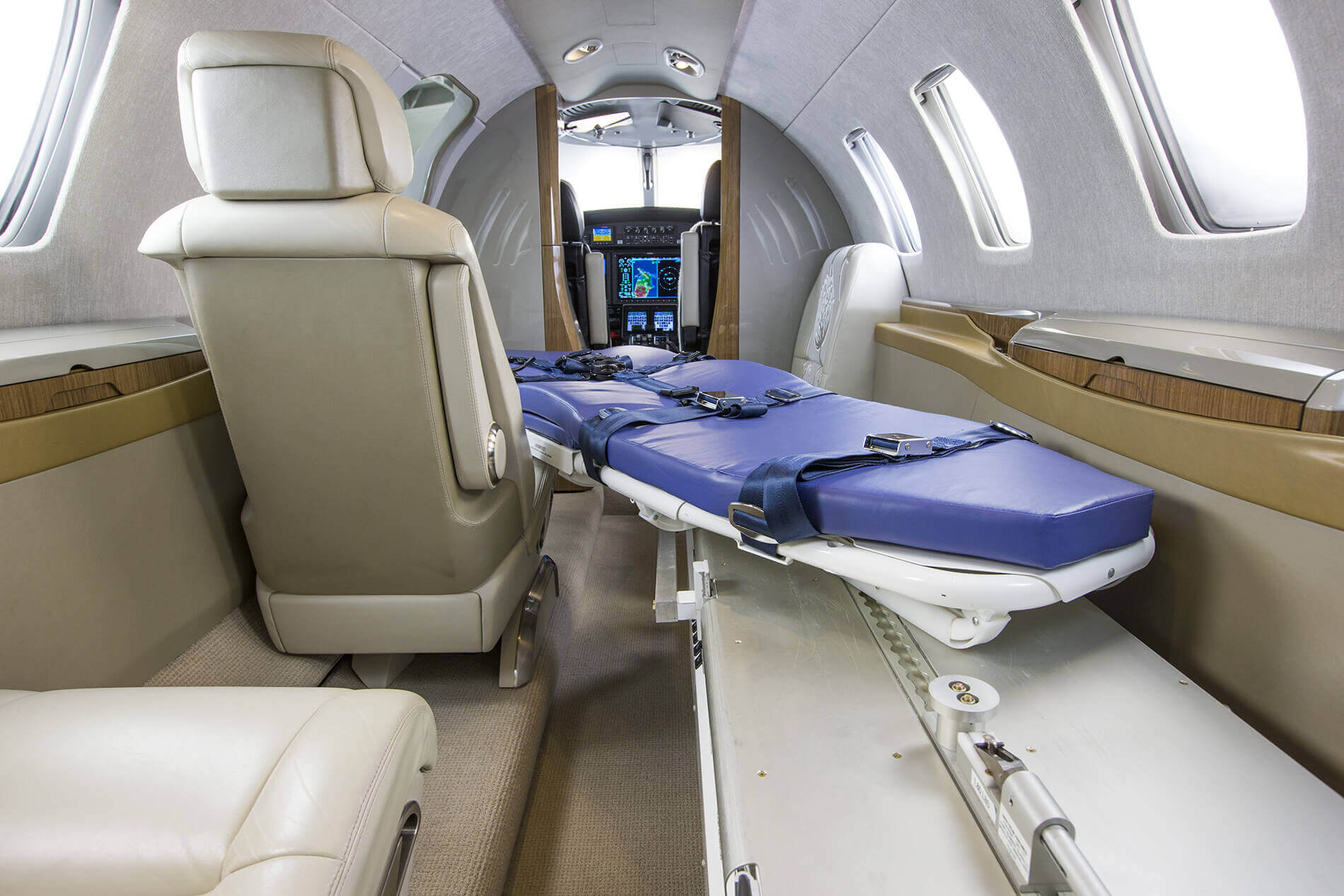 Beechcraft will join the 356 Tactical Transport Squadron operating C-130 aircraft. The Air Force is already implementing training programs for flight and technical personnel so that the aircraft can be put to use as soon as possible.

Greek Minister of Health Vasilis Kikilias said, “The two state-of-the-art new aircraft provided through the grant from the Stavros Niarchos Foundation will enhance the capacity of the National Center for Emergency Care’s air ambulance services to be there, safely, wherever they are needed in our country. The Ministry of Health goes where there is need, especially for the most vulnerable among our fellow citizens. I thank the Stavros Niarchos Foundation and its President, Mr. Andreas Dracopoulos, for the generous support, which adds to an ongoing and multifaceted initiative demonstrating the highest level of social responsibility.”

The SNF grant will contribute to a substantial upgrade in EKAV’s services and to significant resource savings. The new aircraft will be used exclusively by EKAV, helping it better fulfill its mission and providing its specialist air ambulance staff — including flying doctors, rescuers and nurses — with the most up-to-date medical equipment.

With the two helicopters and the two planes, it is estimated that the use of the assets (helicopters and airplanes) of the Air Force and the Army Aviation, which currently serve the vast majority of air ambulance incidents, will be significantly reduced.

Also read:  Support to the Greek Army and Security Forces | The donations of the last few months