Special Warfare Command – The new structure of the Special Forces 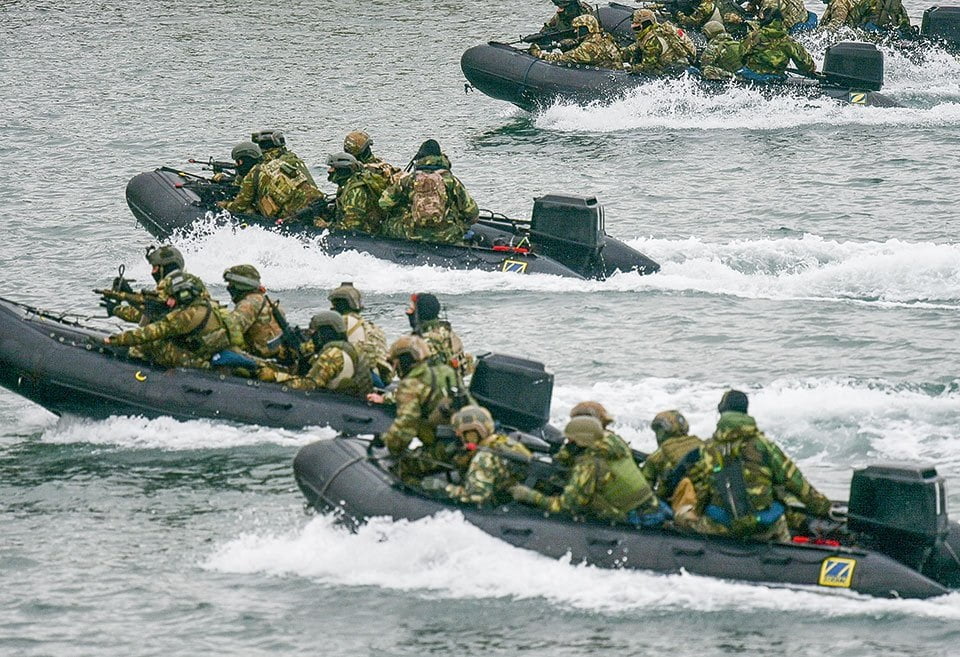 The Hellenic Special Forces are entering the new era after the latest decisions made by the Government Council on Foreign Affairs and Defence (KYSEA).

The reorganization, which got the “green light”, provides for the formation of a Special Warfare Command (SWC). According to a report in “Kathimerini” newspaper (Vassilis Nedos), the special forces will acquire a joint role and the command will report directly to the Chief of the Hellenic National Defence General Staff, General Konstantinos Floros.

The Special Warfare Command will include all the special forces and it will be commanded by a Lieutenant General, responsible for the operational control of the special forces in peacetime and acting also as an advisor to the Chief of Defence (CHOD). The command will consist of two formations, at the Division level, whose staffs will be organized according to allied standards.

The Divisions will be the following:

According to the instructions of Konstantinos Floros, who initiated the establishment of the new command, the schedules will be very tight, in order for the SWC to operate as soon as possible. According to the report of “Kathimerini”, the staff’s training commenced a few months ago.

Efforts are also being made to acquire modern gear that will enhance operational readiness. In fact, through the Office of Defense Cooperation (ODC) of the US Embassy in Athens, free equipment was received for the communication between the SWC personnel. In the effort to procure new equipment, funds have been allocated for such purchases (e.g. helmets, night-vision goggles, combat kits, rifles). At the same time, the procedures for the purchase of special operation boats and vehicles are in progress.

At the same time, “Lieutenant General Andreas Kallinski” camp in Nea Peramos will be transformed into a special forces training center, in which personnel from other countries will be trained. In addition, the relocation of the infrastructure of the 13th Technical Corps is already underway with the creation of infrastructure for mooring, storage and maintenance of all vessels of the new Special Operations Joint Command and in particular of the new special operations boats (Viking), whose acquisition was recently approved by Parliament. This framework of infrastructure improvement also entails the completion of the works in the Kandili firing range, which includes a short distance (less than 30 meters) firing range, a field of demolitions in an urban environment, a field a building complex clearance and a field of open tunnels.

The advantages of the new Special Warfare Command will be the unity of command, the speed in decision-making, the immediacy in the issuance and execution of orders, the optimal utilization of human resources and available means, the joint action, the achievement of economies of scale in the acquisition of equipment, the standardization of training and tactical/technical procedures and common understanding.

Also read: These are the Norsafe S1200 boats for the Hellenic Army – VIDEO