ARMAMENTS
Sky Warden | The all-out counter UAS solution and the developments so far
Defence Redefined
Published on 04/05/2022 at 18:58 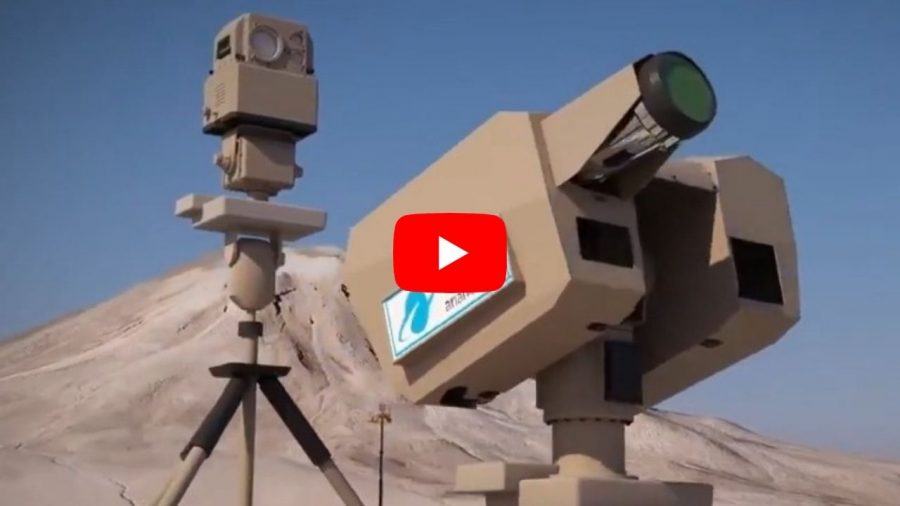 The system, as we initially published here, was designed to engage various categories of UASs (or UAVs) ranging from category 1 (micro-UAVs) to Tactical Unmanned Combat Aerial Vehicles (UCAVs) and other “traditional” airborne threats.

The system is being developed by Team Sky Warden, which is led by MBDA, and includes the French CERBAIR specializing in passive tracking and neutralization of small drones, KEAS specializing in jamming systems, CILAS, a company active in the field of laser Directed-Energy Weapons (DEW), TELEDYNE E2V, a company specializing in radio frequency technologies (DEW), SAAB (a major company in Defence and the provider of the system’s Giraffe G1X radar) and finally OPENWORKS, a UK based company, specializing in counter drone solutions in very short distances.

MBDA is the system’s integrator, but also the provider of the Licorne command and control system (C2). In addition, it offers a remote-controlled, electro-optical sensor, a hard-kill drone system and the surface-to-air missile system MISTRAL VSHORAD or VL MICA.

How does the system work

The Sky Warden system provides a variety of options for countering aerial threats based on the target peculiarities and the protected area. For example, the laser directed-energy weapon can destroy targets with a very small cost, but it is not suitable for use in urban areas due to the restrictions of the reflective surfaces.

The first mode of operation presented in this article refers to the jamming of the connection between the UAS and the ground control station, resulting in the drone’s return to its base or land and hence the possibility of arresting the operator.

A second option is to launch a high-speed drone equipped with optical sensors that allow it to “lock” on the hostile UAS and neutralize it by crushing on it (hard-kill), taking advantage of its kinetic energy (watch video below).

A third option is a directed energy weapon (laser) provided by CILAS, which can destroy the drone’s electronic circuits. 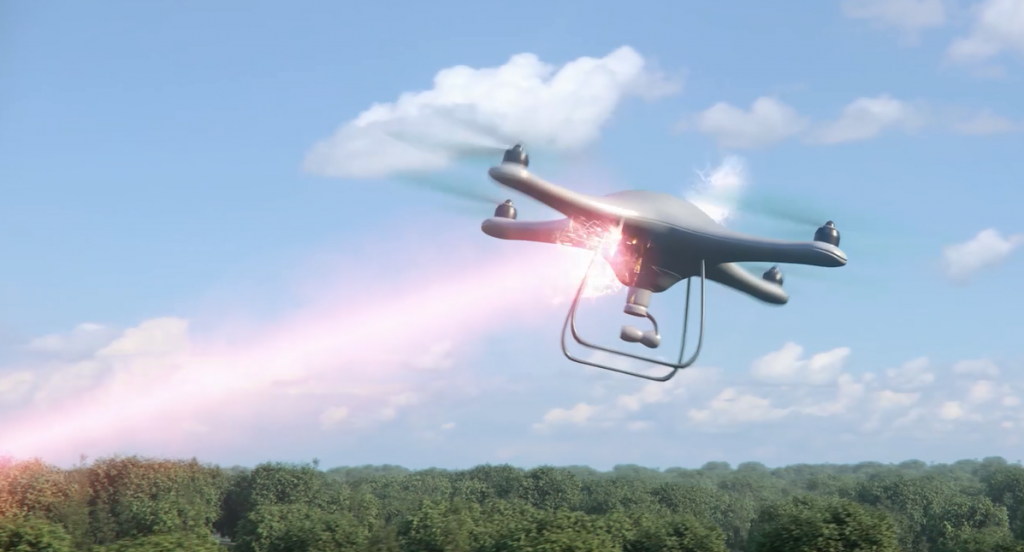 Another option is to use SkyWall, the special VSHORAD gun provided by OPENWORKS, and capture the drone (see link below). For targets at longer distances machine guns or the MISTRAL missiles can be used. 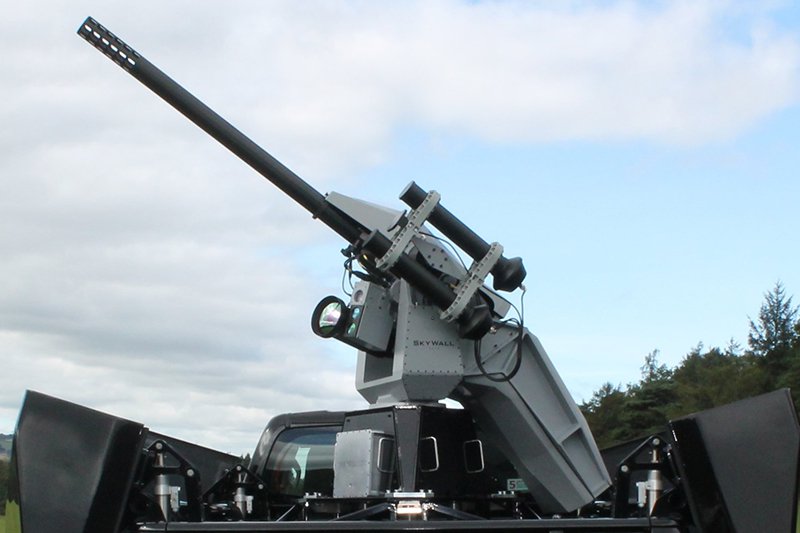 The availability of different options (modularity) ensures a holistic approach to countering current and future threats.

Α few months ago at the MBDA site near Paris, the Sky Warden was showcased on a Sherpa 4×4 wheeled armored vehicle of the French manufacturer Arquus. 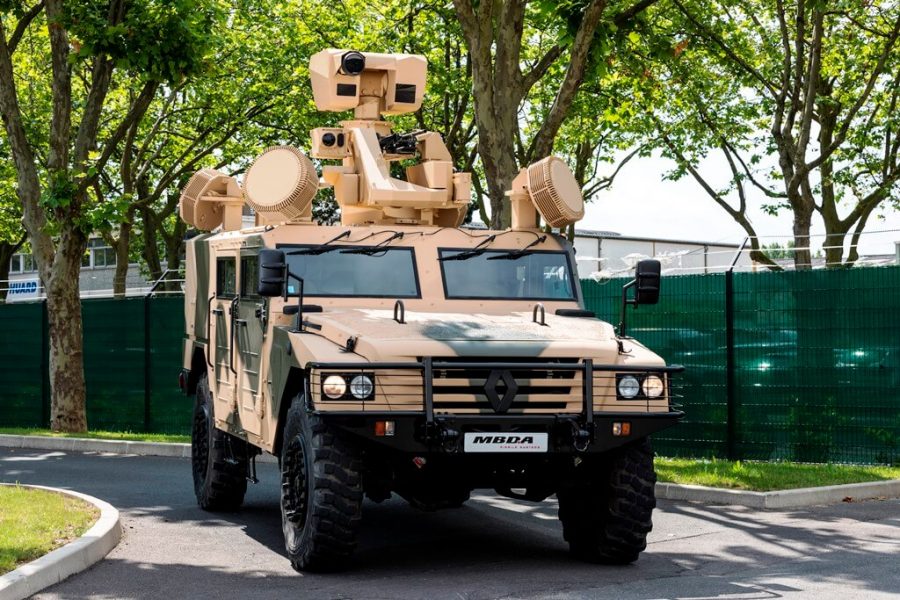 On the corners of the vehicle, as depicted above, four Active Electronic Scanning Radars (AESA) can be seen, presumably the Multi-Mission Hemispheric Radar (MHR) RPS-42 of the Israeli company RADA (similar to the system installed in the Stryker A1 IM-SHORAD system), which covers a range of 90° and can detect a nano-UAS at 5 km and a medium-sized UAS at 25 km. These radars can be replaced by SAAB Giraffe G1X radar.

At the center of the HORNET LITE Remote Weapon Station (RWS), a CILAS medium-power HELMA-P laser weapon is installed. This DEW is capable of neutralizing a target at 1 km or damaging its electro-optics at 3 km. Apart from that a  7.62 mm FN MAG 58 machine gun is installed. At the rear of the vehicle, there are containers/launchers for UAS hard-kill systems, while the suite with radiofrequency and interference systems have not been installed yet. The MISTRAL missile system was installed on a second vehicle, according to edrmagazine.eu.

The Sky Warden was also the basis of the system promoted by a consortium that included the MBDA along with Naval Group and Hologuarde, which competed for the French anti-drone program PARADE (Programme de protection Protection déployAble modulaiRe Anti-DronEs/Deployable, Modular, Anti-Drone Countermeasures Protection).

One of the goals of the PARADE program was to provide an effective counter UAS solution that will be used during the Olympic Games of 2024, which are to be held in Paris and neighboring areas.

MBDA, together with LEONARDO S.P.A, SAAB, is also participating in the European JEY-CUAS (Joint European System for Countering Unmanned Aerial Systems) program, which was selected from among the many proposals as part of the European Defence Industrial Development Program (EDIDP) 2020.

According to the European Commission, “JEY-CUAS will advance technologies at system and subsystem levels to develop a new generation C-UAS system based on a modular and flexible Plug’n’Play architecture to address the emerging challenge of micro and mini drones increasingly used for defence purposes. The solution will contribute to an improvement of situational awareness and reaction engagement to overcome the growing resilience of UASs to first-generation C-UAS systems to keep up with new Low, Small, Slow (LSS) aerial threats and reduce the minimum reaction time.

More on this project and the participation of a Cypriot company in the consortium can be found below.