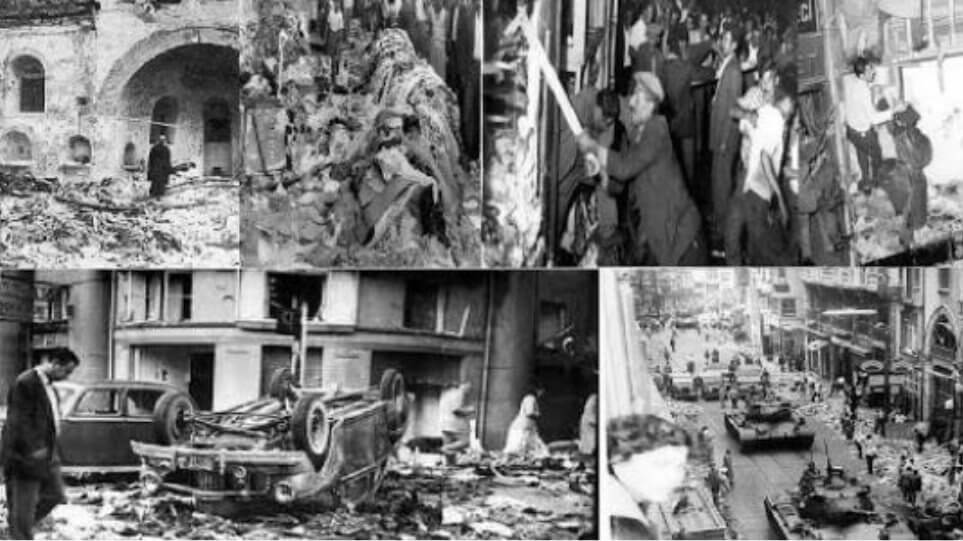 The term “Septemvriana” refers to the pogrom unleashed by the Turkish mob against the large and prosperous Greek community of Constantinople on September 6 and 7, 1955.

The reason for the Pogrom against the Hellenism of the city was given on September 6, with the explosion of an improvised mechanism at the Turkish Consulate in Thessaloniki, which was and still is housed in the house where Kemal Ataturk, the founder of the modern Turkish state, was born.

At 5 o’clock in the afternoon, the raging crowd of 50,000 people turned against the Greek properties in the Peran district. The looting lasted until the morning hours of September 7, when the Army intervened, as the situation was in danger of spiraling out of control. Until then, the authorities remained apathetic. The anger of the mob was not spared by some shops owned by Armenians and Jews.

With the slogans “Death to the Giaourides”, “Break, tear down, he is Giaouris”, “Slaughter the Greek traitors”, “Down with Europe” and “Forward to march against Athens and Thessaloniki”, the deviations against the Greeks not only took place in Constantinople but also in Izmir.

Foreign Minister, Nikos Dendias, posted a message on his Twitter account on the 66th anniversary of “September”.

Mr. Dendias states that the Greeks do not forget the pogrom of the night of September 6, 1955, and adds that it had disastrous consequences for the Hellenism of Constantinople and was the beginning of its subsequent dramatic shrinkage, in violation of the Treaty of Lausanne.

In fact, he goes on to say that the pogrom has taken away from the city an economically and culturally dynamic element and at the same time, the part of Turkish society that looks forward to Europe has become poorer.

With information from: Euronews.com, defenceredefined.com.cy