ARMAMENTS
SAAB | Signs Contract with Lithuania for the acquisition of RBS 70 anti-aircraft missiles – VIDEO
Defence Redefined
Published on 27/10/2022 at 11:49 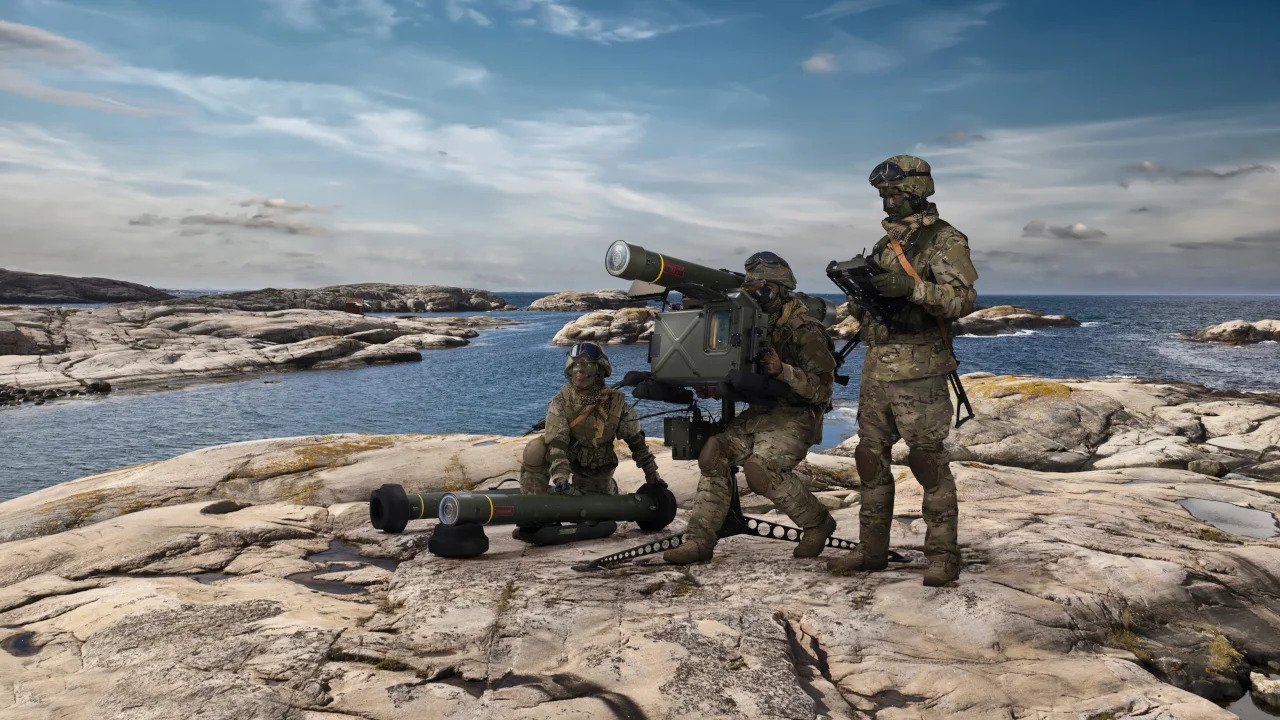 SAAB has signed a four-year contract with the Lithuanian Defence Materiel Agency, which will allow the customer to place orders for RBS 70 anti-aircraft short-range missiles until 2026.

A first purchase within the new contract has already been placed worth 31.955.228,37 Euros (SEK 350 million). The order includes missiles for the RBS 70 Ground-Based Air Defence system (GBAD), which Lithuania has been using since 2004, and deliveries will take place from 2023-2024.

The RBS 70 is a Man-Portable Air Defence System (MANPADS) designed primarily to engage enemy aircraft and helicopters both on counter and catch-up courses.

Further, according to the company, the said system has the advantage of being the first weapon of this type to employ laser beam-riding guidance rather than other common guidance systems (e.x. IR/EO).

Indicatively, a laser beam is emitted from the control module, which is received by a sensor in the tail of the missile. As such, the missile is able to locate and travel along the center of the beam, allowing the operator to steer it into the target using a Semi-Automatic Command Line-Of-Sight (SACLOS) interface.

SAAB states that the RBS 70’s guidance is “unjammable”. While technically true, its operational capabilities are limited against a target equipped with both a laser detection system and an automatic laser dazzler. Yet, if the missile loses the laser beam or if no guidance signals are received after a predetermined period of time during missile flight, the missile switches to self-destruct mode.

Unlike most MANPADS weapons, the RBS 70 is too large and heavy to be supported entirely by the user’s shoulder, and may only be fired from a tripod. The size of the complete system also makes adequate cover and concealment much more difficult to acquire than a shoulder-launched weapon, making an RBS 70 team proportionately more detectable and vulnerable, while the lack of a “fire-and-forget” capability further increases their exposure.

Regarding its configuration, this tripod has three stabilizers and a central mast which rotates 360 degrees and also features a simple seat for the operator on the left side. Opposite the seat is a mounting bracket for the IFF system (Raytheon Cossor IFF880 digital Identification Friend or Foe). The mast is topped by a launch tube, while the face of the mast top is dominated by the fire control unit.

In addition, the RBS 70 is a special MANPADS, in that it employs a shaped charge warhead, which does not detonate until two independent safety mechanisms (proximity fuse and impact fuse) are deactivated.

The hollow charge features a copper charge liner, which can pierce armour, while the sides of the warhead are lined with 2000 to 3000 tungsten pellets, which are dispersed when the charge detonates.

This creates an impressive “double threat”, as the warhead’s proximity fuze detonates the missile as it passes closely by an aircraft, showering it with shrapnel, while a nose-on direct hit will pierce the armour. 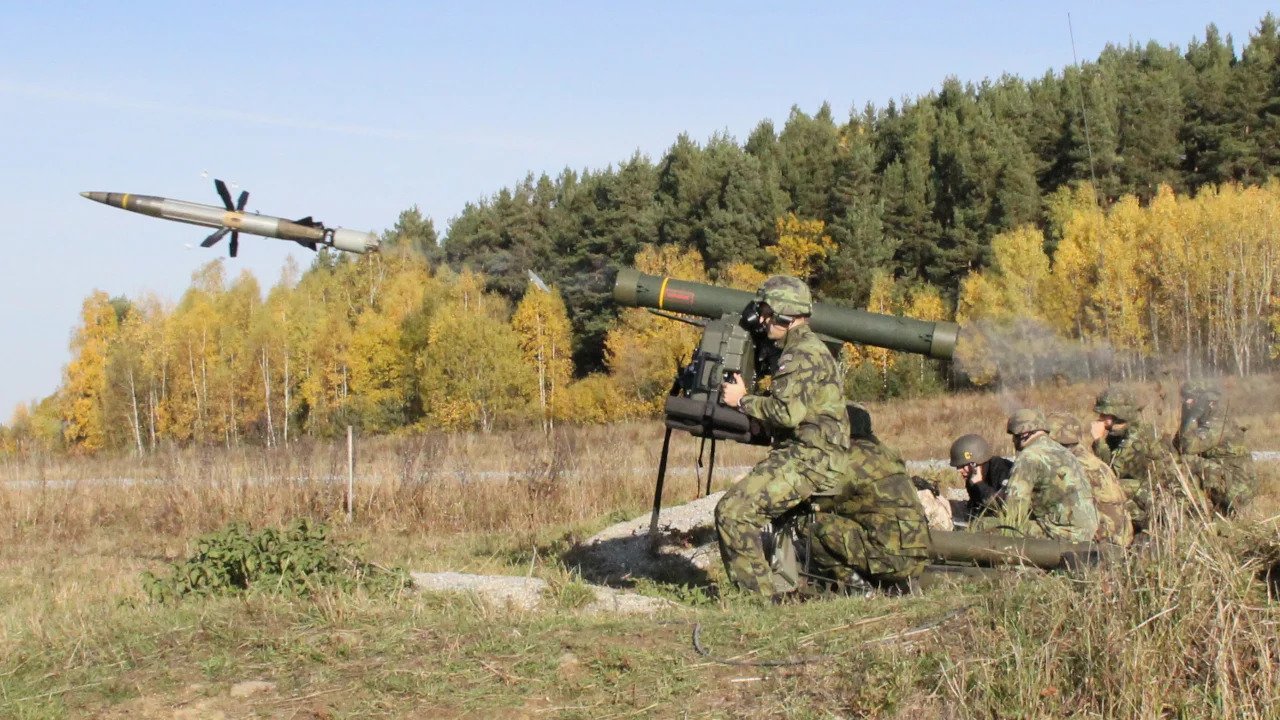 A crew of 3 is required to carry the entire weapon system in the field, but once emplaced, only the soldier seated on the tripod is required to operate it.

The following video also shows the concealment system (also designed by SAAB) used by an air defence artillery of the Czech Armed Forces as part of the NATO-enhanced Forward Presence Battle Group-eFP in Lithuania. 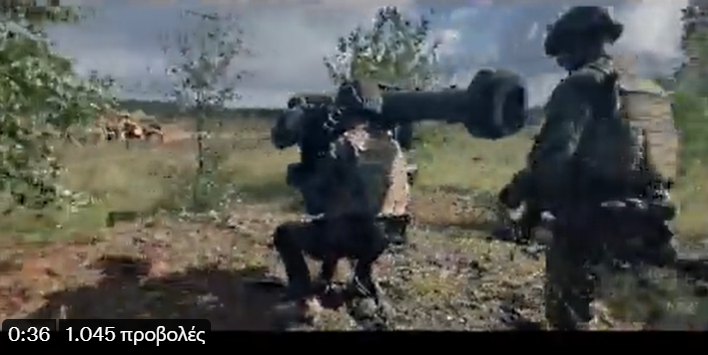 The RBS 70 system has an impressive track-record on the market with more than 1,600 launchers and over 18,000 missiles exported to 18 countries worldwide, including Australia, Argentina, Bahrain, Brazil, the Czech Republic, Finland, Germany, Indonesia, Iran, Ireland, Latvia, Norway, Pakistan, Singapore, Thailand, Tunisia and the UAE. 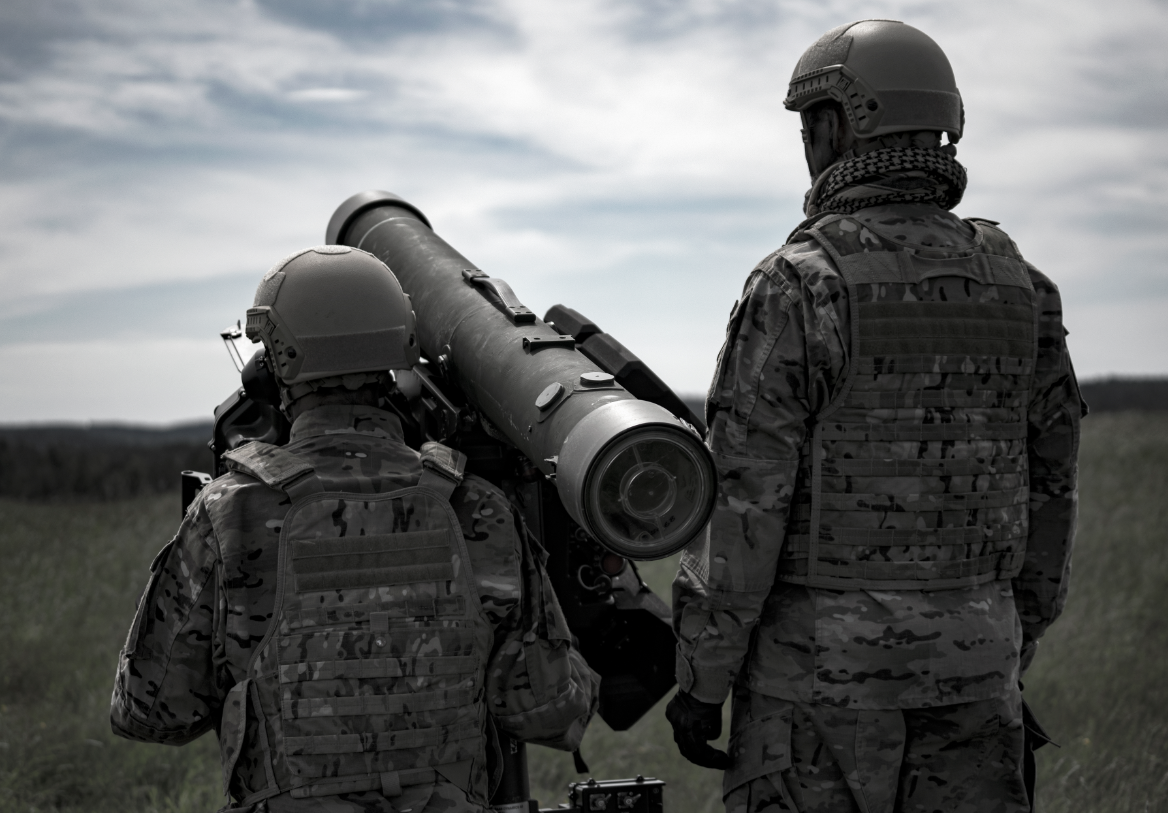