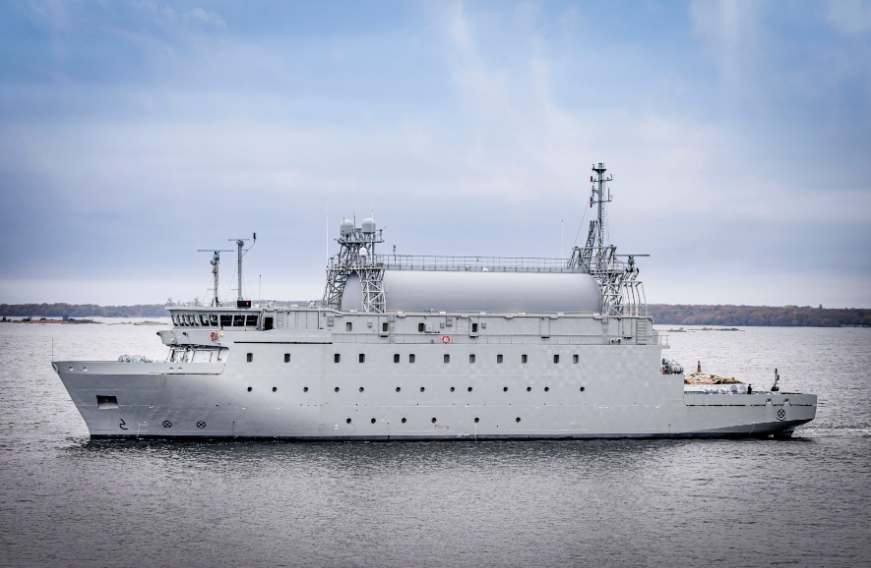 SAAB has signed a contract with the Polish State Treasury Armament Agency on the design, production, and support of two ships for Signal Intelligence (SIGINT) for Poland.

According to SAAB’s announcement, the total order value is approximately 620 million euros with deliveries planned during 2027. The order is expected to be booked by SAAB before the end of the year.

SAAB will serve as the prime contractor of the project, designing and producing the two ships including the integration of advanced mission systems. The ships will be built by SAAB’s subcontractor Remontowa Shipbuilding SA in Poland.

The effectiveness of the contract is subject to the fulfillment of certain financial conditions, which are expected by the end of 2022.

As intelligence-gathering vessels, they will be used by the Polish Navy to provide vital intelligence collection support.

In recent years and especially after Russia’s invasion of Ukraine, Poland has been running a colossal armaments program in all sectors which includes, among other things, about one thousand (1000) K2 Black Panther Main Battle Tanks and 650 155 mm K9 Thunder self-propelled guns.

At this point, it should be mentioned that the Swedish Navy’s new signals intelligence ship HMS Artemis has already begun sea trials from SAAB’s Karlskrona shipyard ahead of its delivery to the Swedish Armed Forces, as you can read in the article below.