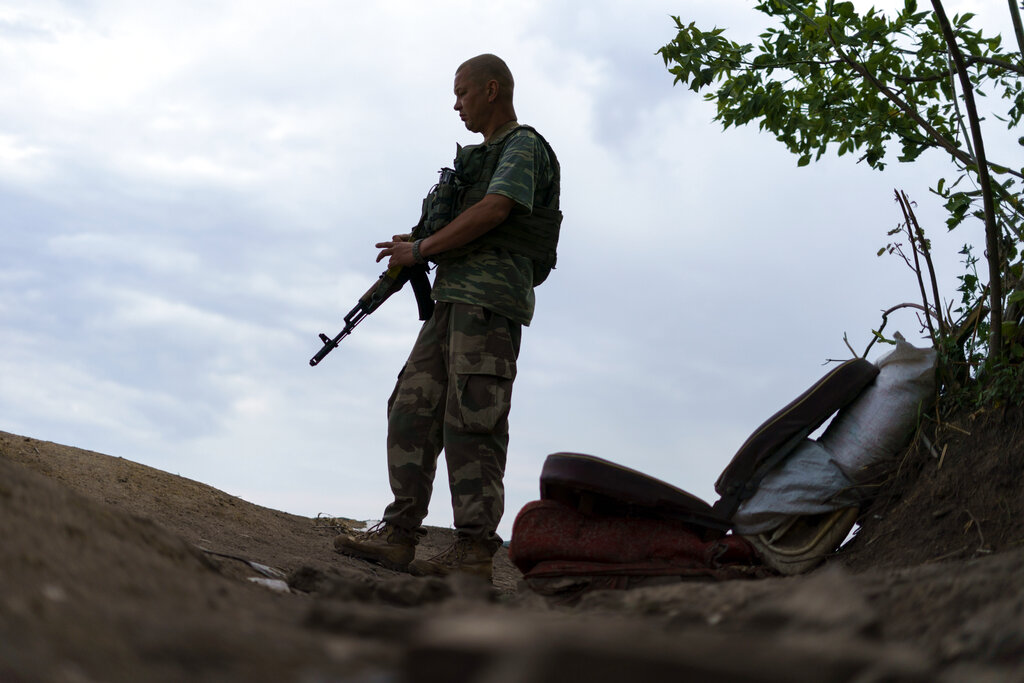 A “secret recruitment” is in full swing in Russia, involving dozens of different structures, including private military companies and volunteer battalions, writes the newspaper Novaya Gazeta.Europe in an extensive revealing report, entitled “will is stronger than compulsion”.

In the said report, it is pointed out that all these structures enlist new recruits who are promised generous salaries as well as – in case of an unfavorable mission outcome – compensation and funeral expenses for their families.

The newspaper points out that dozens of armed groups such as the private military company “Wagner”, Chechen leader Ramzan Kadyrov’s battalions, and neo-Nazi organizations are being recruited as “cannon fodder” to fight in Ukraine.

The advertising campaign is carried out across the country. For example, the private company “Wagner” places giant posters in big cities through which it invites young people to join its ranks, while the paid advertisements of the mercenary company in question on Vkontakte (equivalent to Facebook) were seen by users 13.5 million times.

The newspaper Novaya Gazeta.Europe recorded 52 battalions and 10 other military formations that openly accept volunteers and compete with each other for “living material”.

Journalists of the newspaper studied their announcements, impersonated the volunteers, and learned who and how they recruit “mercenaries”, where the volunteer battalions belong, and how they are prepared before being sent to the front.

The testimony of mercenary Alexander (not his real name), who was a convict and became a deserter after fighting in Ukraine, is revealing. He says the offer to enlist was made by a childhood friend, who now serves in the FSB, in exchange for being freed from the constant surveillance he was under after he was released from prison, where he spent a third of his life serving sentences for particularly serious offenses.

Then he found himself fighting in Ukraine with the “Akhmat” regiment (of Chechnya), specifically in March – April, when one of the fiercest battles was taking place in Severodonetsk.

He reveals that he was trained in the city of Gutermez, Chechnya at the base of the Russian special forces university, where the volunteers of the “Ahmat” regiment are trained. If someone has served in the military, then accelerated training takes 1-3 days.

If not, it takes 7-10 days. Volunteers must be between the ages of 20 and 49 and be sufficiently fit to handle a daily 7km walk carrying all equipment.

The “graduates” in the city of Gutermes, Alexander says, were people with different CVs, “Wagner” mercenaries, people from the Special Forces, and former prisoners. One in three volunteers had either been arrested and served their sentence or were about to be convicted.

After they completed the ten-day training, they were flown to the self-proclaimed “Donetsk People’s Republic” and then to Severodonetsk, while they were given 300,000 rubles.

According to Alexander, most of the volunteers, who did not come from Chechnya, had been assigned to clear the approaches to Severodonietsk, that is, to attack the enemy’s fortified positions. He himself, having Chechen roots, did not join one of the bloodiest military expeditions – the command did not select him to fight on the front, as it selected fighters based on nationality.

The Akhmat regiment – where Alexander fought – was the one advertised on prime-time Russian state television by the well-known TV presenter Dmitry Kisiliev. The “Ahmad” regiment has acquired a controversial reputation in this war.

The “kadyrovchi” (men serving Chechen President Ramzan Kadyrov) have been nicknamed the “TikTok troops” for their numerous staged PR spots. According to the Ukrainian side, the Chechens did indeed generally fight in the “second echelon” of the attack on Ukraine. Despite this, the Akhmat regiment was believed to be involved in the brutal torture of Ukrainian prisoners of war and in the massacre of civilians in the town of Bucha.

The newspaper also publishes the “price list” for fighters of the “Ahmad” regiment and the army fighting in Ukraine:

With information from: Novayagazeta.Europe, APA MPA