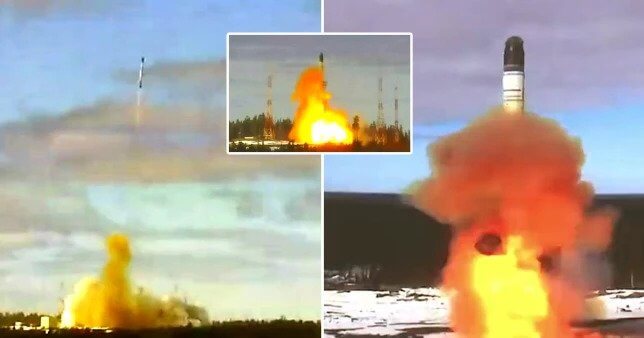 Russia is testing a new Intercontinental Ballistic Missile (ICBM), which could theoretically hit both Europe and the United States. The said missile allows Russia to further strengthen its deterrent capabilities against the US and NATO.

Commenting on this, Vladimir Putin said that the missile’s flight test, nicknamed “Satan II” in the West, was successful and that it sends a message to the rest of the world.

Mr. Putin said in a televised address: “The new system has the highest tactical and technical capabilities and is capable of surpassing all modern means of anti-missile defence. It has no analogs in the world and will not have for a long time yet. This truly unique weapon will strengthen the combat capability of our Armed Forces, reliably ensure Russia’s security from external threats and provide food for thought to those who, in the fire of frantic aggressive rhetoric, seek to threaten our country.”

The ICBM RS-28 Sarmat was launched from Plesetsk airport in Arkhangelsk in northern Russia and has been in development for several years, with the Russian government saying it was the first in a program of planned tests. The “training warheads” used in the test landed in a given area at the Kura training site on the Kamchatka Peninsula, according to state media. 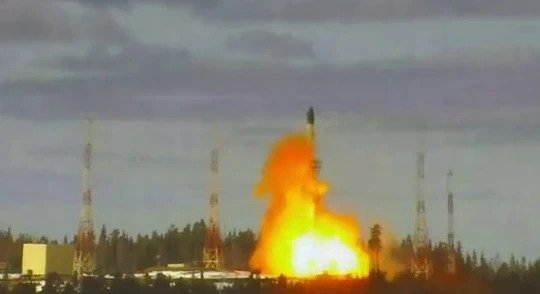 Here is the test launch of Sarmat, dubbed as the world’s longest range ballistic missile pic.twitter.com/LbHy9SW1IG

According to the Center for Strategic and International Studies, its main technical characteristics include:

This missile system is specially designed to penetrate any current or future Ballistic Missile Defence (BMD) system, as it can engage multiple enemy targets simultaneously using different flight paths with either nuclear warheads or conventional warheads (in particular, up to 10 large warheads or 16 smaller ones) as well as a combination of warheads and countermeasures, or hypersonic boost-glide vehicles.

The news of the test has come as no surprise to Western governments, which have been monitoring the development of the weapon for several years. The Pentagon said it was informed of the test in advance and considered it a “routine.”

Finally, it is worth noting that the Sarmat program was launched to replace the intercontinental ballistic missile R-36M2 Voyevoda, which was first developed in the 1960s and codenamed “Satan”, resulting in the new “Sarmat” missile to be called “Satan II”.