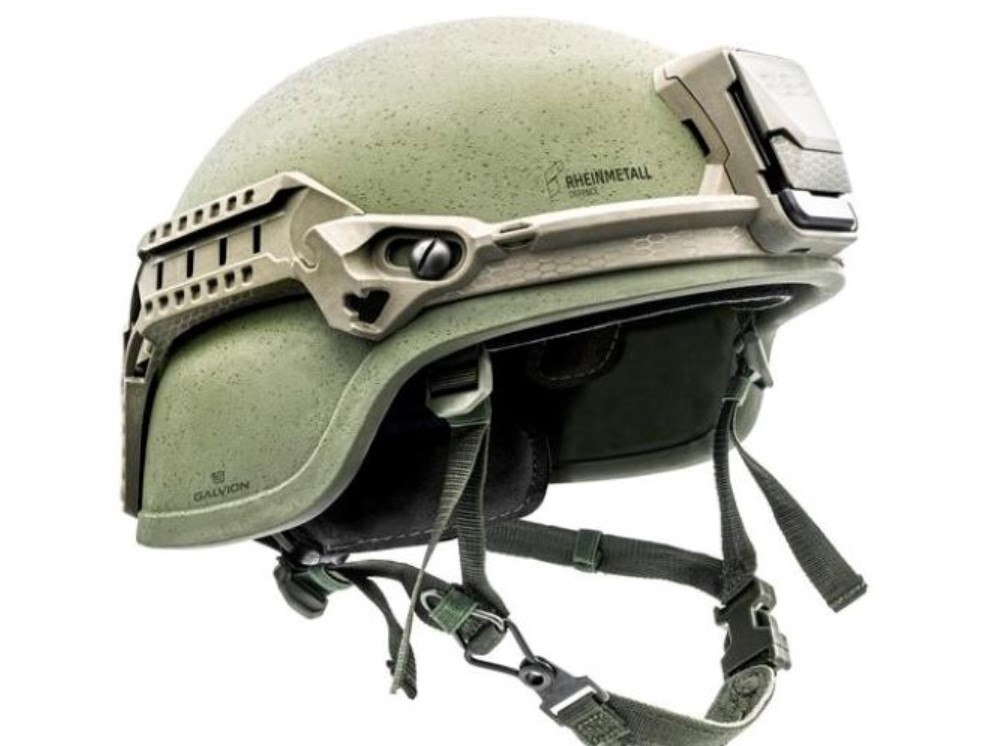 On December 6, the German Minister of Defence, Christine Lambrecht, received the first pieces of military clothing and personal equipment ordered for the German Armed Forces (Bundeswehr).

According to Rheinmetall’s announcement, the units delivered include the company’s new combat helmet, whose first three batches have gone through rapid qualification and quality inspection procedures.

In particular, the initial order for the new advanced helmet was awarded in November 2020. In fact, the framework agreement in question was for 20,000 “Heavy Special Forces Combat Helmets”, while the first executive contract for 5,000 helmets was awarded in the same month.

Initially, the new helmets were intended for the special operations forces and specialized troops – to expand their basic capabilities to conduct special operations – as well as to equip NATO’s VJTF 2023 spearhead force. However, in March 2022, the German Armed Forces awarded new executive contracts against the background of the Russian invasion of Ukraine, and now the helmet is called the “Armed Forces Combat Helmet”.

Also read: ELMON | ‘Made in Greece’ proposals for personal gear and armour at EUROSATORY Exhibition – Photos

The total procurement provides for the acquisition of approximately 300,000 new helmets with a total value of more than €200 million, which will be delivered in 2022-2025. To implement the program, Rheinmetall Soldier Electronics is executing the contract in cooperation with two strategic partners. To date, around 34,000 helmets have been delivered and another 11,000 will have been delivered to the units by the end of the year.