ARMAMENTS
Panagiotopoulos on Spike NLOS | Contracts to be signed by early February
Defence Redefined
Published on 06/01/2023 at 17:25 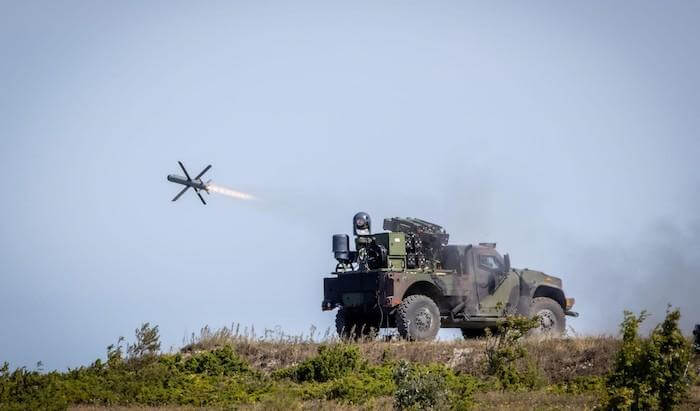 The Minister of National Defence, Nikos Panagiotopoulos, has commented on the supply of the Israeli Spike NLOS missile system during an interview with Real FM.

The Greek Minister of National Defence was asked, inter alia, whether the specific armament program will be implemented. He replied that there was a slow-moving negotiation for the specific complex weapon system, also applicable to Army vehicles and to surface ships and helicopters.

Therefore, he added, there are three different contracts with different terms and technical specifications. It is a system for which, he stressed, there is an absolute operational need that has been confirmed by the Armed Forces in accordance with the recommendations of the Staffs. In other words, it is in line with the plan of the Chief of the Hellenic National Defence General Staff (HNDGS) and the recommendations of the Staffs. Furthermore, he added that signatures are in a final phase. Specifically, he stated that in mid-January or early February we will have signed all three contracts.

The supply of the Spike NLOS was raised by the opposition as recent articles in the Greek media spoke of an overestimation of the contract by 45 million with references to a Minister’s involvement, but not that of the Ministry of National Defence.

As of October 2021, the Greek Parliament has ratified a provision for the supply of Guided Missiles which, although not named, are nevertheless known to be related to the “Spike NLOS” system.

The number of systems that will man both Evros and the islands is reportedly more than twenty. Each system consists of three launchers, a command vehicle as well as a UAV that performs targeting procedures. The systems are expected to be integrated and used operationally by the Anti-Tank Companies of the Greek Army Formations stationed in the 4th Army Corps and the Supreme Military Command of the Interior and Islands (ASDEN).

Each launcher carries 4 SPIKE NLOS (Non-Line of Sight) missiles with a maximum range of 32mm capable of hitting targets such as tanks and landing craft with high precision. Furthermore, the Greek Army is proceeding with the utilization of Israeli missiles for the AH-64A Apache helicopters alongside the upgrading of the helicopters’ electro-optical sights by ELBIT Systems.