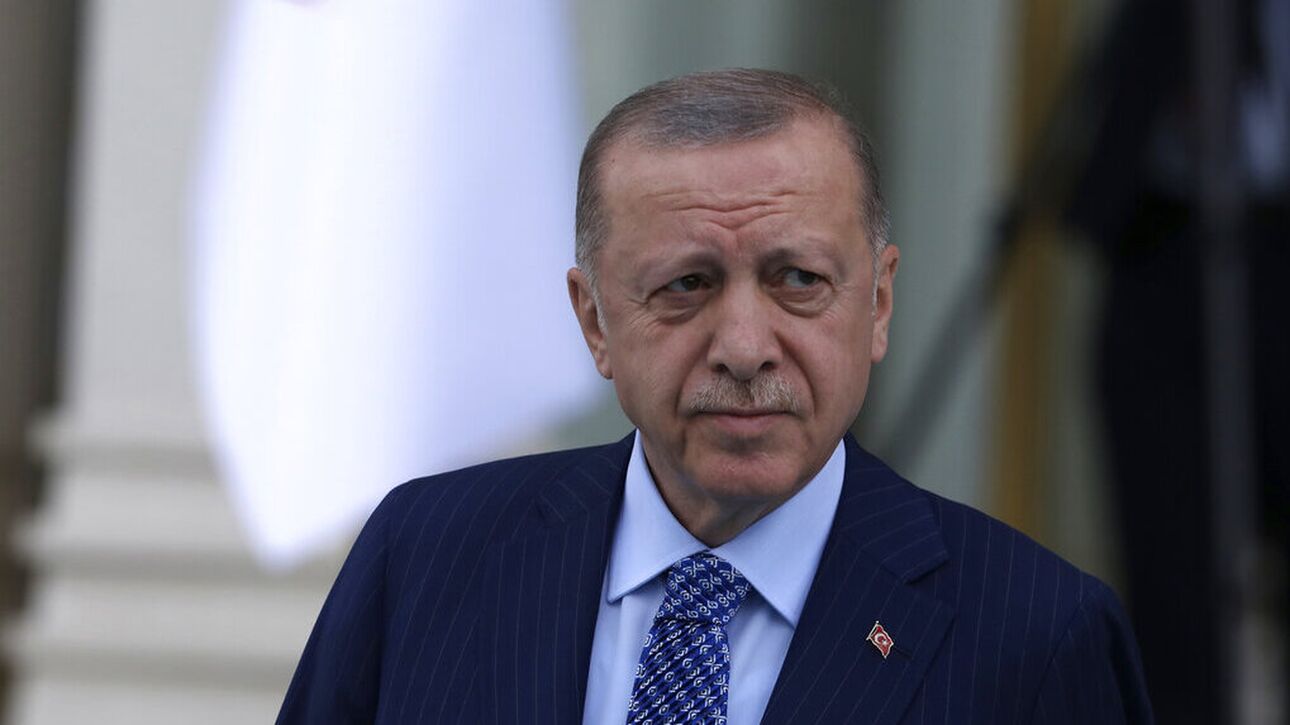 Pakistani MPs on Wednesday nominated Turkish President, Recep Tayyip Erdogan, for the Nobel Peace Prize against his efforts to resolve the Ukrainian crisis.

The Russia-Ukraine war quickly turned into a nuclear flashpoint that could have disastrous effects globally. Due to his (Erdogan’s) tireless efforts, and timely and effective interventions with both sides, he single-handedly averted a global catastrophe, wrote Mohammad Sadiq Sanjrani, President of Pakistan’s Senate, in a letter to the Norwegian Nobel committee.

The Black Sea Grains Initiative also saved the region from a devastating famine, it added.

Calling Erdogan a true politician and leader, who always strives for the improvement and welfare of not only his country, but the world in general, Sanjrani underlined that the Turkish President conveys the true message of the Holy Prophet Muhammad, and his preachings for peace, tolerance, and love for all humanity as he continues to dispel the myths and misconceptions associated with Islamic teachings.

The Senate announced it had officially registered the nomination in favor of the Turkish leader on Wednesday. 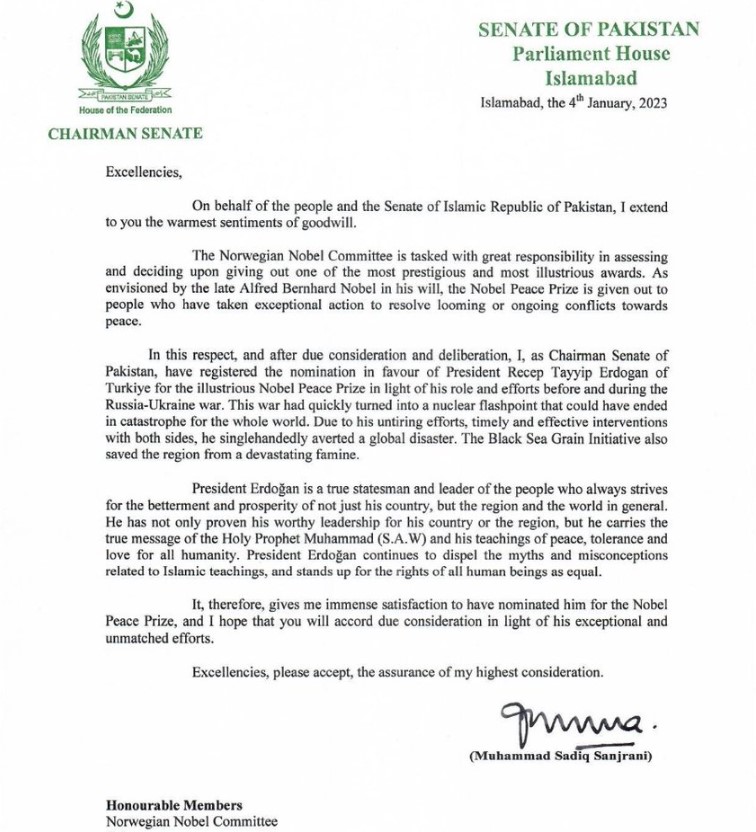 Chairman Senate, Muhammad Sadiq Sanjrani through a letter has officially registered the nomination in favour of Turkish President @RTErdogan for the "Nobel Peace Prize" for his efforts to resolve the Ukrainian crisis in a letter addressed to Norwegian Nobel Committee…1/3 🇹🇷🇵🇰 pic.twitter.com/TdutdIrLcO

It is noted that a few days ago, the President of the Turkish National Assembly, Mustafa Sedop, made an unprecedented statement, as during a debate on Wednesday 28/12, he proposed a candidate for the Nobel Peace Prize, Recep Tayyip Erdogan.

In fact, to substantiate his point of view, he stated that the reason he is proposing the Turkish President is because of the peace efforts between Russia and Ukraine in which he has been lately involved.

Also read: 2022 – Armed Conflicts | Full review of armed conflicts and the next day