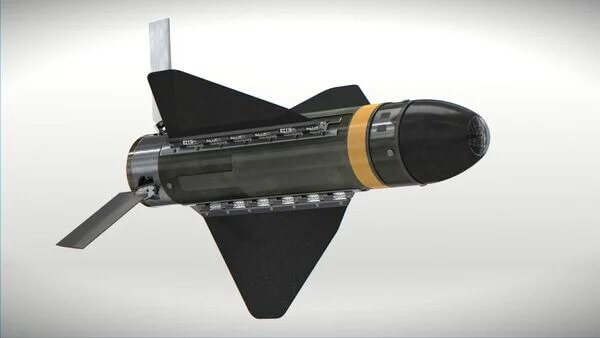 US Northrop Grumman announced that it has successfully completed the development of the Hatchet miniature precision glide munition, following a series of end-to-end live all-up round tests on May 11.

During the US Department of Defence (DoD)-sponsored live-fire event, multiple Hatchets were released from a tactical Unmanned Aircraft System (TUAS) against a static target. The tests involved both point-detonated engagements and proximity initiations.

The air-to-ground weapon in question is designed for employment from Unmanned Aerial Systems to fighters and bomber aircraft for precision strike engagements of two meters or less. Due to its precision, the Hatchet greatly reduces the risk of collateral damage, while it is extremely lethal through its Lethality Enhanced Ordnance (LEO) approach to warhead development, which provides small weapons with disproportionately high explosiveness.

Indicatively, the said munition weighs about 3 kg and can carry a LEO-type warhead, which is 80% equivalent to a conventional 500-pound bomb.

Regarding the LEO approach, Northrop Grumman says it can scale the size and arrangement of the fragments, coupled with air-bursting fuses, to be as lethal as possible using extensive computer modeling to determine the most optimal configuration depending on the requirements.

The technical characteristics of the Hatchet include the following:

In fact, in addition to its deployment as a single weapon against lightly protected targets, it can also be used in swarms for the possibility of a barrage against enemy targets, making it particularly lethal in saturation attacks.