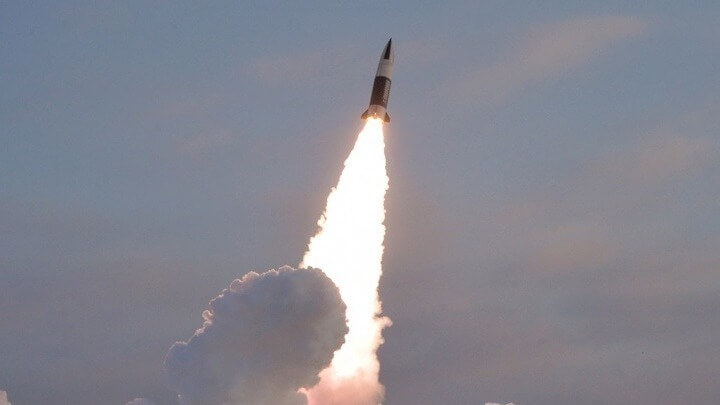 North Korea today launched an “unknown-type” missile in an easterly direction, South Korea’s military says, as Pyongyang continues its series of weapon tests that have multiplied since the beginning of the year.

The Japanese Coast Guard today sent an emergency to all ships near the shores, as it considered that the ballistic missile might fall into the Japanese Exclusive Economic Zone (EEZ). It was later estimated that it has now fallen, without specifying where.

The South Korean national news agency Yonhap reported that the General Staff of National Defence in Seoul believes that an intercontinental ballistic missile (ICBM) was tested.

Pyongyang has complied with a moratorium it imposed on itself over ICBM and nuclear weapons tests after talks began between North Korean leader Kim Jong Un and former US President Donald Trump in 2018. Yet that negotiation failed and current US President Joe Biden’s efforts to start new ones have not been fruitful.

In January, Pyongyang hinted that it would end the moratorium. It then launched a record number of weapon tests, including rocket-propelled grenade launchers as well as medium-range missiles, which are theoretically banned under UN Security Council resolutions.

According to the South Korean Armed Forces, a ballistic missile test failed last week. Analysts estimated that it was a test of the Hwasong-17 missile. On Sunday, North Korea tested multi-missile launchers.

The Japanese Ministry of Defence announced that the ballistic missile launched earlier today by North Korea fell into the sea inside the Exclusive Economic Zone of Japan. According to the Japanese authorities, it fell about 170 kilometers west of the Japanese prefecture Aomori (north) at 15:44 (local time; 08:44 Greek time).