NGOs appeal to French court over chemical attacks in Syria
Defence Redefined
Published on 02/03/2021 at 17:30 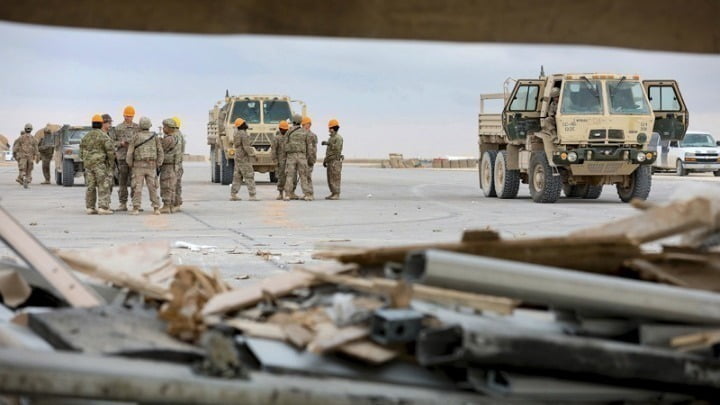 Three non-governmental organizations (NGOs) have appealed to French courts for “crimes against humanity” and “war crimes” in relation to the 2013 chemical attacks in Syria under the government of Bashar al-Assad.

France is home to thousands of Syrian refugees, and magistrates have the power to look into crimes against humanity and war crimes around the world.

Relying on the international jurisdiction of the French judiciary, the non-governmental organizations Syrian Center for Media and Freedom of Expression (SCM), Open Society Justice Initiative (OSJI) and the Syrian Archive have filed a lawsuit for the investigation of the attacks with Sarin gas in August 2013 in the city of Douma, in eastern Ghouta, on the outskirts of Damascus.

According to the US, more than 1,400 people lost their lives in these attacks.

The case is based on a large number of testimonies and evidence, including photos and videos, and will ascertain “the responsibility of those who ordered and implemented these attacks,” the non-governmental organizations stated, which point out that they have “analyzed the operation of the Syrian military chain of command.”

According to the director of the Syrian Archive organization, Khadi al-Hadib, the Syrian government did not treat the production, use and storage of chemical weapons in a transparent manner and it must be held accountable.

“Apart from investigating and prosecuting these crimes … states must work together to establish a Special International Court to try these crimes,” said Mazen Darvis, director of the SCM.

International attempts to establish such a court have so far been thwarted by the negative stance of Russia and China.

The three non-governmental organizations filed a lawsuit in October 2020 with the German federal prosecutor’s office over the events of 2013, along with the sarin gas attack in April 2017 in Han Seihun, between Damascus and Aleppo.

We are asking the French magistrate to conduct a coordinated investigation with the German federal prosecutor, said Steve Costas, a lawyer, member of OSJI.

Following the 2013 attacks, the Syrian regime pledged to destroy its chemical weapons.

But according to a report by the OSJI and the Syrian Archive in October 2020, Syria still has an active chemical weapons program. The Damascus regime is using ruse to deceive the Organization for the Prohibition of Chemical Weapons, which is in charge of destroying Syria’s chemical arsenal.