ARMAMENTS
Naval Group | Work on the 1st FDI is rapidly progressing
Defence Redefined
Published on 23/04/2022 at 15:04 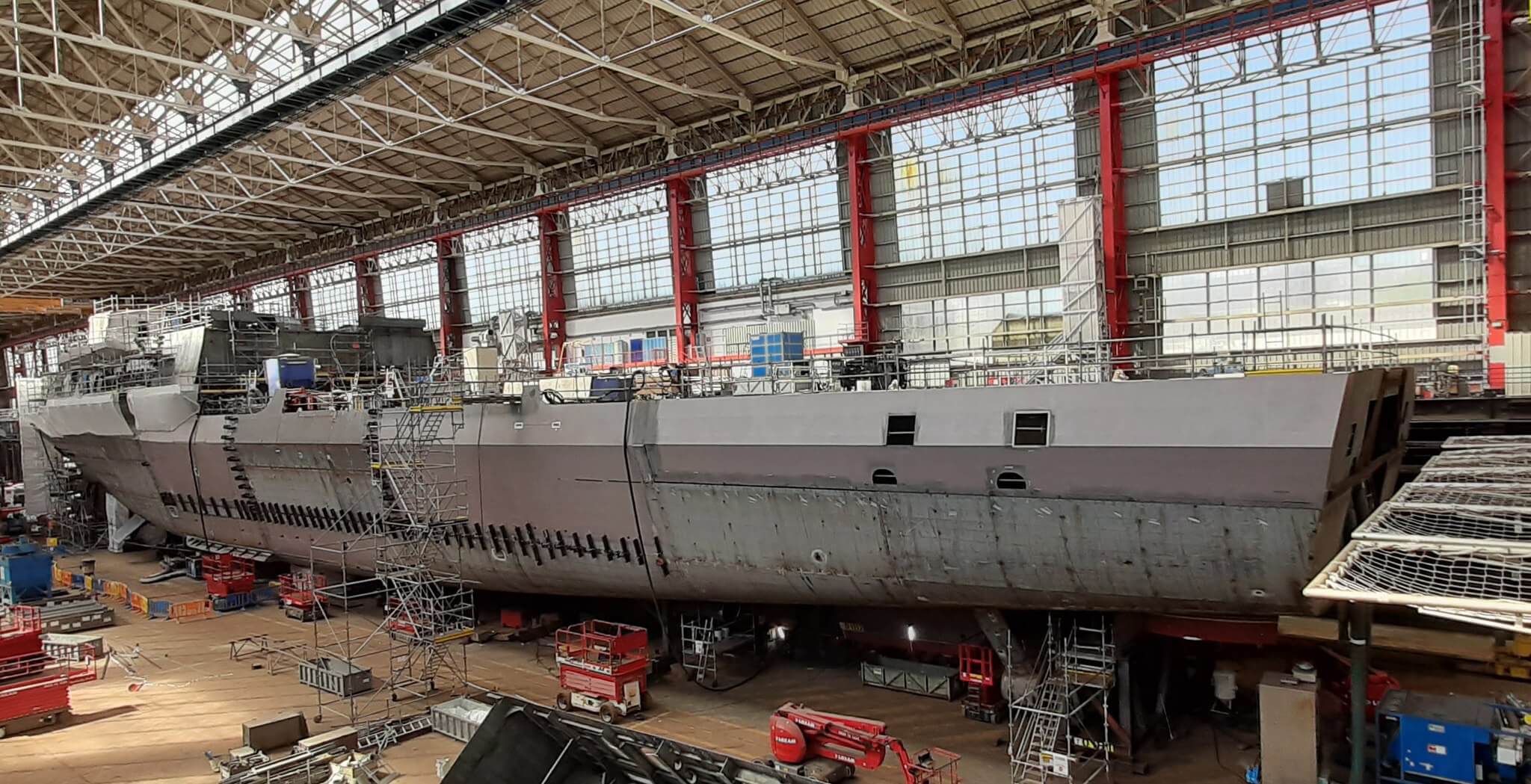 Works at the Naval Group shipyard in Lorient are rapidly progressing, as the first FDI frigate for the French Navy has already been completed with the basic assembly of its hull.

This success is based on the fact that the warship is built in large sections which are then assembled together on the building berth. So the first frigate in question has already taken shape in order for the complex systems installation process to follow.

On March 24, the signatures for the acquisition of three Belharra frigates “fell” with the option to buy another one at a ceremony held at the “George Averoff” Cruiser.

The characteristic of the “[email protected]” frigates is that the design is based on 100% digital perception. Their special IT architecture is basically based on two separate data centers that operate in parallel, but also have the capability to support each one separately, if required, the ship and all its complex functions. 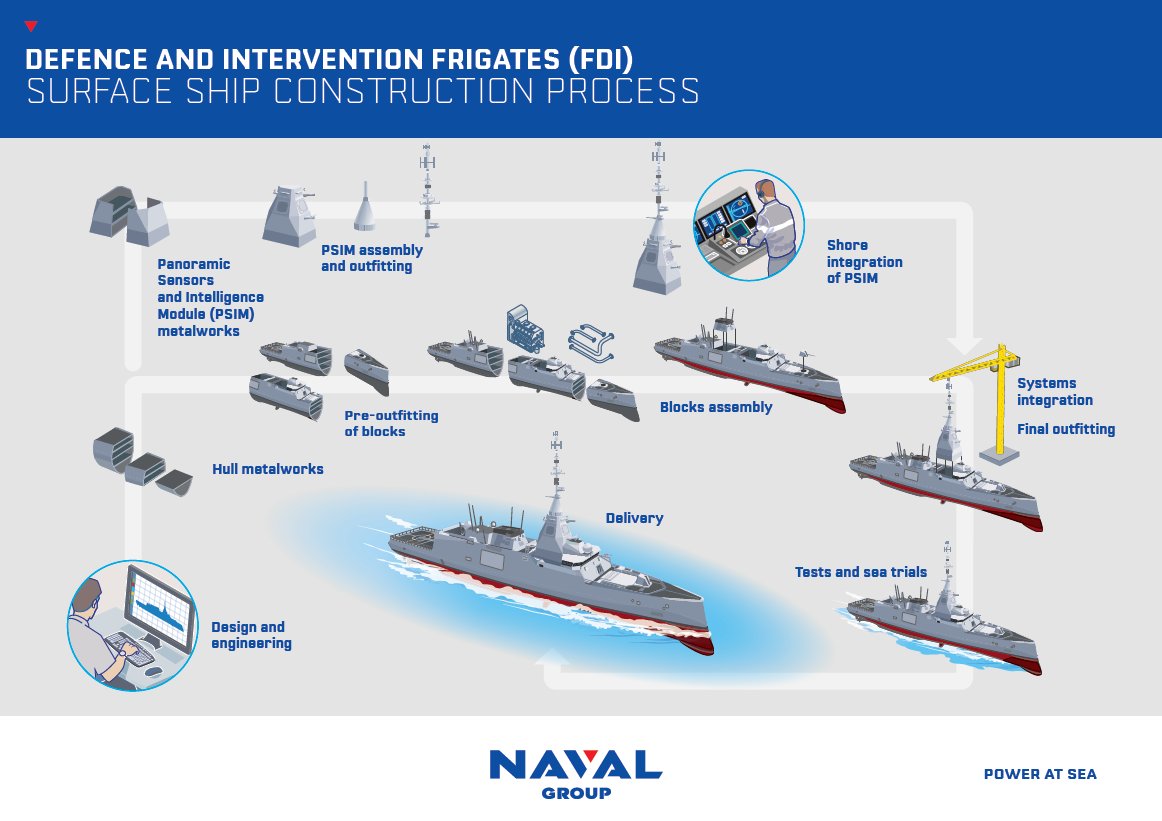 The complexity in the conception and implementation of the FDI frigate program is such that, so far, more than 1 million hours have been required for the production of each of the ship’s units, while a corresponding time has been spent on research and the development of state-of-the-art systems.

More than 1,200 employees are employed exclusively in the construction of “[email protected]” at the Naval Group shipyard in Lorient, while in total, the company cooperates with 400 subcontractors, including companies from the wider range of the Greek defence industry.

With a displacement of up to 4,500 tons, a length of 122 meters, and a maximum cruising speed of 27 nautical knots, the “[email protected] HN” is a warship that can support different roles, capable of operating independently or as part of a naval force.

Finally, it has air facilities for accommodating a 10-ton helicopter and a VTOL unmanned aerial vehicle.

In total, the French Navy has commissioned five FDI frigates, which will be delivered from the Naval Group shipyard in Lorient from 2024 to 2030. Based on the original plan, which is being finalized until the project is contracted, the first two Greek “[email protected]” – out of the three in total – will be built in 2025, followed by the construction of the third ship in 2026.

Also read: Naval Group | Launch of the first corvette Gowind for the UAE