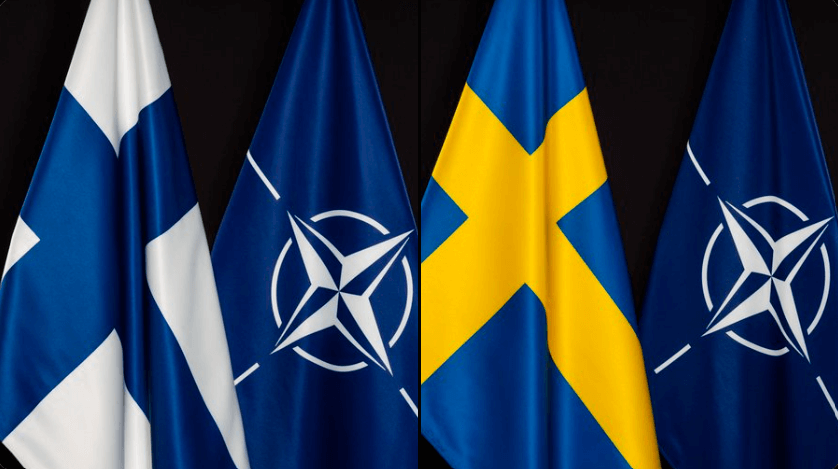 The Prime Minister of Sweden and the President of Finland considered the next steps for their countries after the announcement regarding their application for NATO membership. Anderson speaks of a new era.

“Sweden and Finland agree and will go hand in hand in this process. Together we will apply for NATO membership. Our move is a strong message. It shows that we remain strong and that together we will move forward in the future,” said Magdalena Anderson.

A few years ago, political parties and voters in both countries categorically rejected the possibility of joining NATO. Yet the Russian invasion of Ukraine shattered decades-long stereotypes and beliefs. Moscow notes that the two countries have long been participating in the alliance’s military exercises.

Quick ratification of Finland and Sweden’s applications for NATO membership by the United States would help expedite the whole process, Finnish President Sauli Niinisto said yesterday. “If you have a quick process there, it helps the whole process and its timeline,” Niinisto told reporters at a joint news conference with Swedish Prime Minister, Magdalena Anderson. “This is very important in this context,” he added.

Sweden and Finland will submit their respective applications for NATO membership today, Wednesday, the Swedish Prime Minister said in a press conference in Stockholm. Niinisto and Anderson are expected to meet with US President, Joe Biden, in Washington on Thursday, the US presidency announced.

At the same time, Anderson said that Stockholm is ready to discuss with Turkey its application to join NATO and to seek to resolve any issues that Ankara has regarding this request. “We are looking for contact with Turkey and we are ready to … travel to Turkey to discuss and answer any questions that may arise,” she said.

On Tuesday, NATO’s North Atlantic Council met at the ambassadorial level to consider signing the two countries’ accession protocol as soon as possible.

According to APA MPA, all NATO member-states are ready to welcome Finland and Sweden “with open arms”, except Turkey, which today insisted that accession processes could not start tomorrow because they haven’t answered its security concerns.

At the same time, all 29 NATO member-states are in favor of a concise accession process for the two Nordic countries, with the aim of signing the accession protocol by mid-June, so that they can participate in the summit of NATO as observers at the end of June.

For this to happen, Turkey will have to sit down at the negotiating table with the two countries concerned (Finland and Sweden) and find a solution within two weeks. Ankara’s concerns could be allayed by a statement from Sweden and Finland on a change of attitude towards the Syrian Kurds and the PKK as well as the lifting of the arms embargo.

Several NATO countries have exercised and will continue to put pressure on Ankara to find a solution. However, everyone knows that this will depend on the intentions of the Turkish President and whether he will ask for further exchanges from other NATO countries or even the EU.

The more Turkey objects, the more Finland and Sweden will join the North Atlantic Treaty Organization, increasing their frustration and potential dangers because they are not under the “shield” of Article 5 of the NATO Treaty. For this reason, many allied countries, including Norway, France, the United Kingdom, and the United States, have already rushed to give security guarantees to the two Scandinavian countries for as long as they are on the threshold of NATO.

Also read: N. Dendias | Greek “Yes” to the accession of Sweden and Finland to NATO