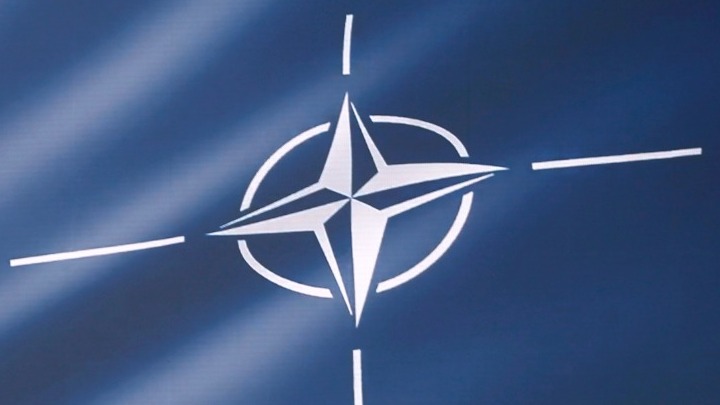 An immediate response was given by the members of the Greek Parliamentary Delegation to Turkey’s Minister of National Defence, who raised the issue of demilitarization of the Greek islands during the works of the Mediterranean and the Middle East Task Force and the Parliamentary Subcommittee on Parliamentary Relations. The said works commenced yesterday in Constantinople and are attended by MPs Spilios Libanos, Manousos Voloudakis, Theodora Tzakri, and Andreas Loverdos, according to an announcement of the Greek Parliament.

During his speech, the Turkish Minister of National Defence, Hulusi Akar, raised the issue of demilitarization of the Greek islands, which he described as a “long-lasting problem” that should be resolved through dialogue and in a spirit of mutual respect. He claimed that Greece has adopted a rhetoric that fuels tensions and worsens the situation, while any Greek-Turkish bilateral issues do not concern NATO or the European Union and should be resolved bilaterally.

He also argued that Turkey is not a threat, but a credible ally, as the two countries share common historical and geographical ties. Therefore, he argued it is important to intensify negotiations to resolve existing differences.

The Head of the Greek Delegation, Mr. Spilios Libanos, gave the appropriate answers to the Turkish Minister and expressed Greece’s commitment to International Law and its respect for the principles of the Rule of Law as well as its commitment to the fight against terrorism.

Addressing the Turkish Minister, he pointed out the contradiction in Turkey’s stance. While Turkey speaks of respect for International Law and scolds Russia’s expansionism and revisionism, at the same time it threatens Greece, despite the fact that it is a neighbor and ally, with casus belli, it adopts harsh rhetoric against Greece and still occupies, after an illegal invasion, the northern part of an independent state, Cyprus.

Concluding, Mr. Libanos stressed that Greece remains open to dialogue, and faithful to international law and international treaties, and added that in this context the Prime Minister of Greece, Mr. Kyriakos Mitsotakis, had talks with the President of Turkey, Mr. Erdogan. However, the provocative rhetoric of Turkey and the positions of its President have made dialogue impossible.

MP Manousos Voloudakis referred to the overflights of Turkish fighters over inhabited Greek islands as well as the fact that, recently, Turkey has also been requesting the demilitarization of the Aegean islands.

Turkey considers it its right to conduct military operations in Syria and Iraq and demands that we have restrictions within our territory. This reasoning is reminiscent of Russia’s reasoning towards Ukraine. Finally, he assured that everything that is happening lately strengthens the national unity and morale of the Greeks. “We will not give up!” he underlined.

In her response to the Minister of Energy of Turkey, Mr. Donmez, MP Theodora Tzakri stressed that the accusations of international demilitarization of the Greek islands are unacceptable, especially when they come from a country that actively threatens the Greek islands with violations every day.

Unfortunately, Turkey is pursuing a policy of overflights and violations of our national airspace, which constitute an evident violation of international law and cause tension in the relations between the two countries. Greece, she said, is in favor of exploratory talks to determine the EEZ, but it is unacceptable for the talks to take place under the threats and violations of Turkey.

In his reply to the Minister of Energy of Turkey, Mr. Donmez, MP Andreas Loverdos stated that according to the Law of the Sea and the case-law of the International Courts, regarding the problems we face in the Aegean and the Mediterranean Sea, all the islands have rights in all maritime zones. We all know that there is a special article on this in the Convention on the Law of the Sea, and in particular Article 121, paragraph 2.

On the basis of all this information, Mr. Loverdos wondered why Turkey does not accept the whole process, why it does not agree after the exploratory contacts, if they yield results, to start the negotiations, and if no results are attained, then to agree to appeal both to the International Court of Justice in The Hague or to the International Court of Justice in Hamburg.

He also raised the question of why Turkey has not yet recognized the jurisdiction of either of these two International Courts.