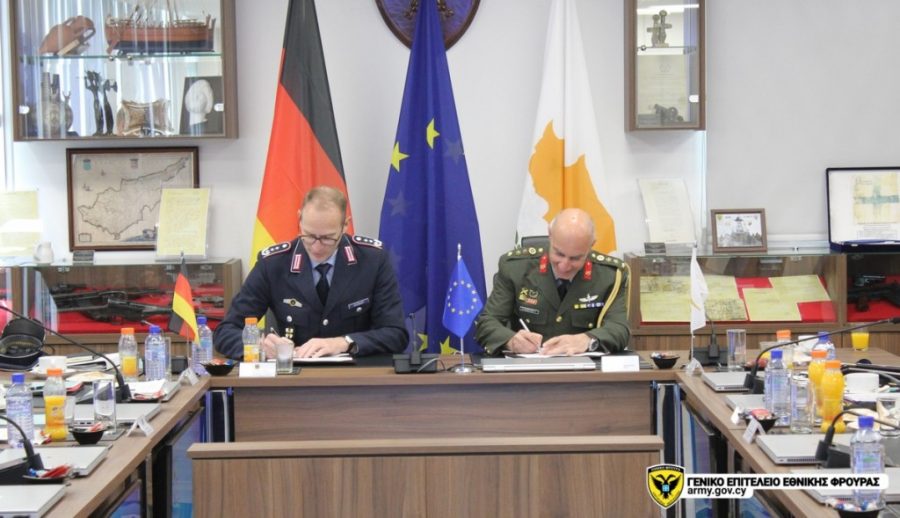 Specifically, on Tuesday, May 3, 2022, the first Bilateral Defence Cooperation Program was signed at GEEF between the National Guard (NG) and the German Armed Forces. The signing ceremony was held by the Director of International Relations of the German Defence Ministry, Colonel Arnt Kuebart, and the Director of the 4th Branch of GEEF, Colonel Loukas Hatzikostantas. The ceremony took place in the presence of the Head of the Security and Bilateral Relations Department, Dr. Gregor Hain, and the accredited German Defence Attaché in the Republic of Cyprus (RoC), Colonel Axel Putz.

The program includes, among other things, conducting joint exercises and bilateral contacts to promote military cooperation between the RoC and Germany. 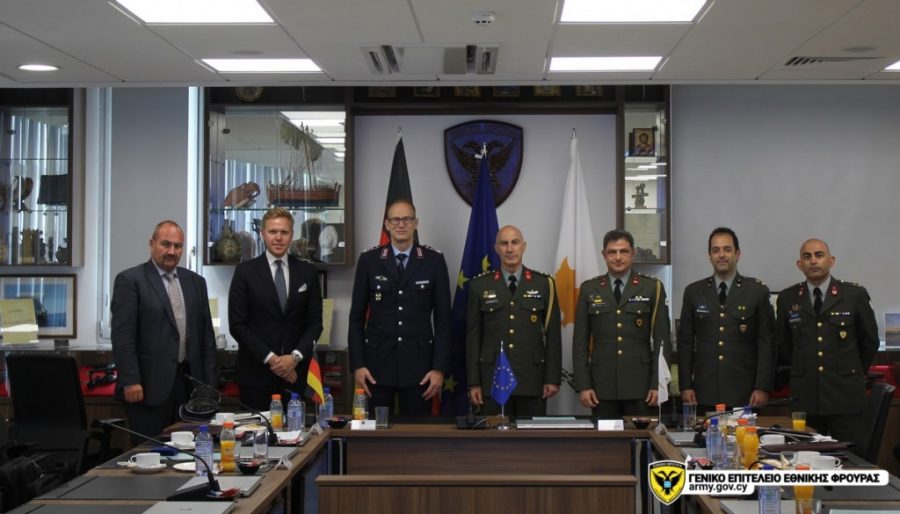 The signing of the military cooperation program with Germany reflects the broad network of bilateral and multilateral international military cooperation in which the Armed Forces participate, actively contributing to the common pursuit of consolidating security and stability in the Eastern Mediterranean region and beyond.

During his presence at the General Staff, Colonel Arnt Kuebart had a private meeting with the Chief of the National Guard, Lieutenant General Democritus Zervakis, where the relations between the Armed Forces of the two countries were reviewed and the actions included in the Defence Program were discussed, along with matters of cooperation and the current developments in the Eastern Mediterranean and Ukraine. 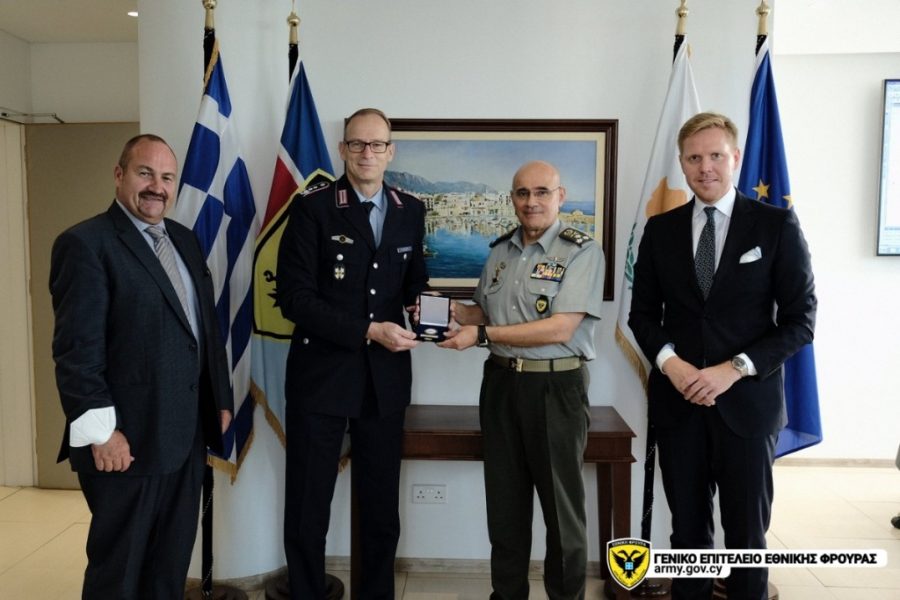