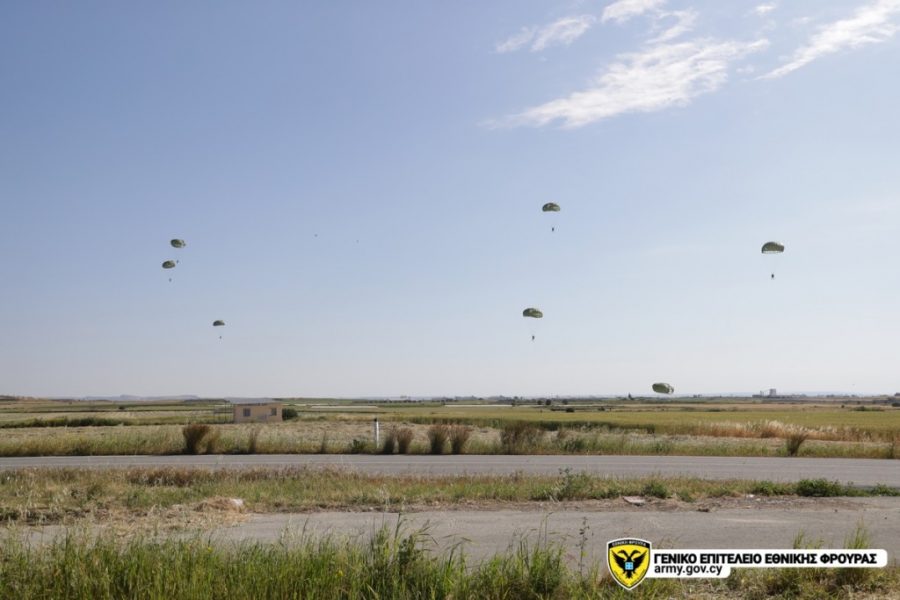 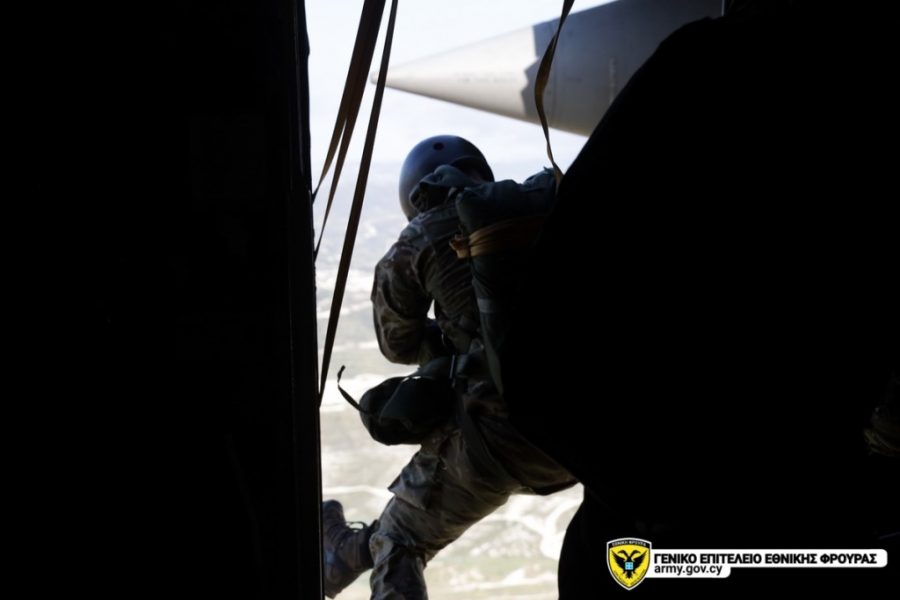 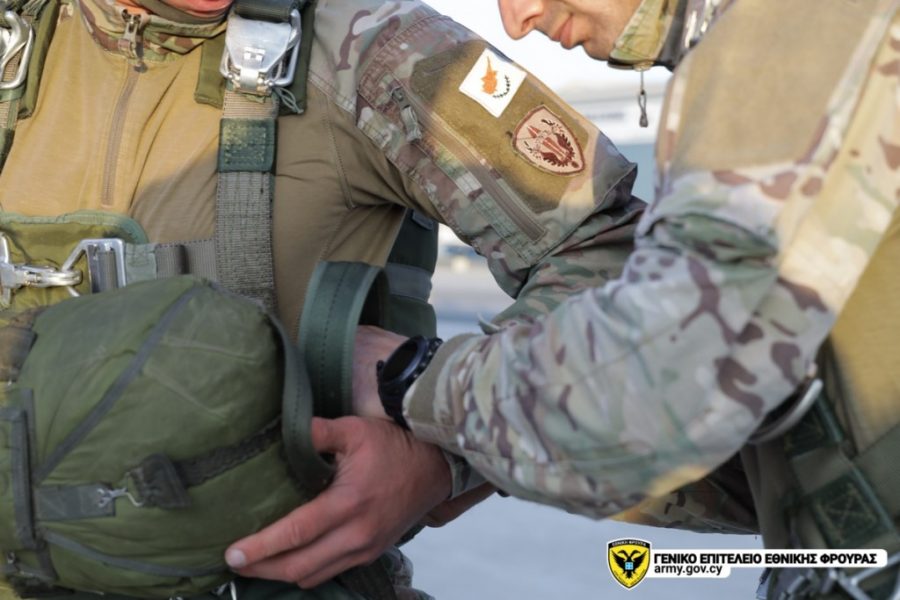 According to the announcement of the GEEF, in the framework of the cooperation between the Armed Forces of Greece and Cyprus, on Wednesday, April 13, 2022, a joint training in static line jump took place, in which the Hellenic Air Force participated with a C-130 aircraft, the Special Forces and Navy Commands as well as instructors from the Paratroopers School. 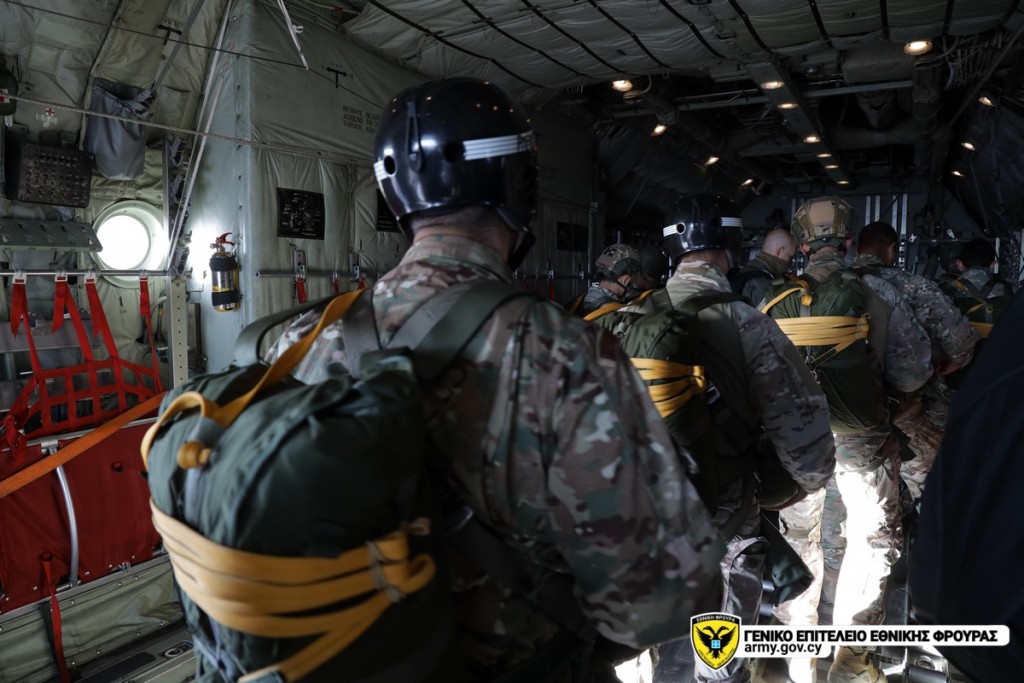