On Saturday, November 26, 2022, the international aeronautical cooperation exercise “CYP/FRA-04/2022” took place in the maritime area south of Limassol. The said exercise took place in the context of the presence of the French Navy’s frigate in the area. 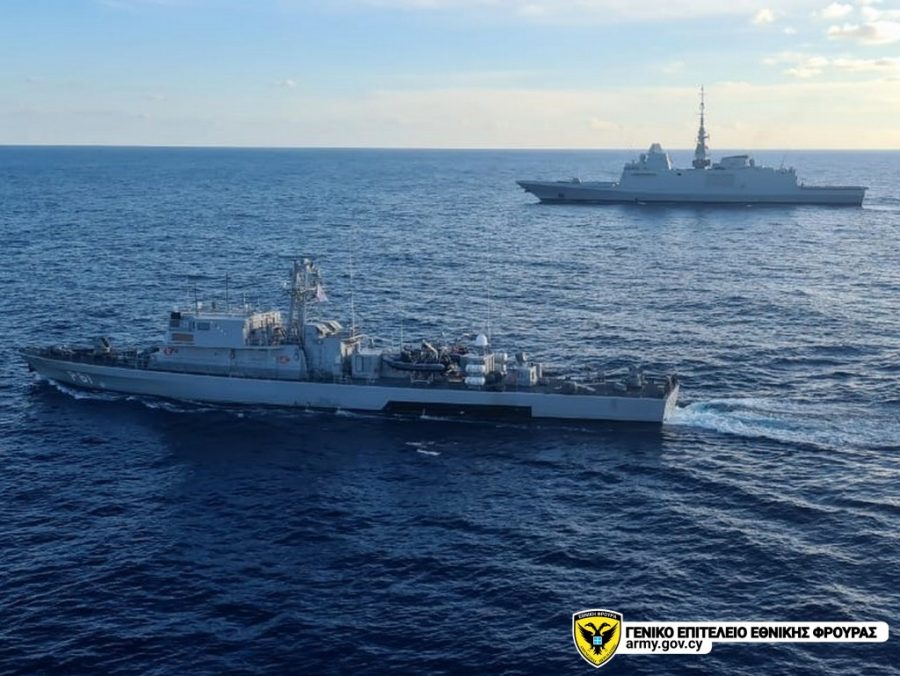 The exercise was planned by the Naval Command of the National Guard General Staff, in collaboration with the French Navy, and was held with the participation of the IOANNIDIS OPV of the Naval Command, the AW-139 helicopter of the Air Command and a French frigate. The scenario of the exercise included Tactical Movements and Forward Maneuvers, conducting a consensual reconnaissance drill, casualty airlift and concluded with a salute exchange between the 2 Ships. 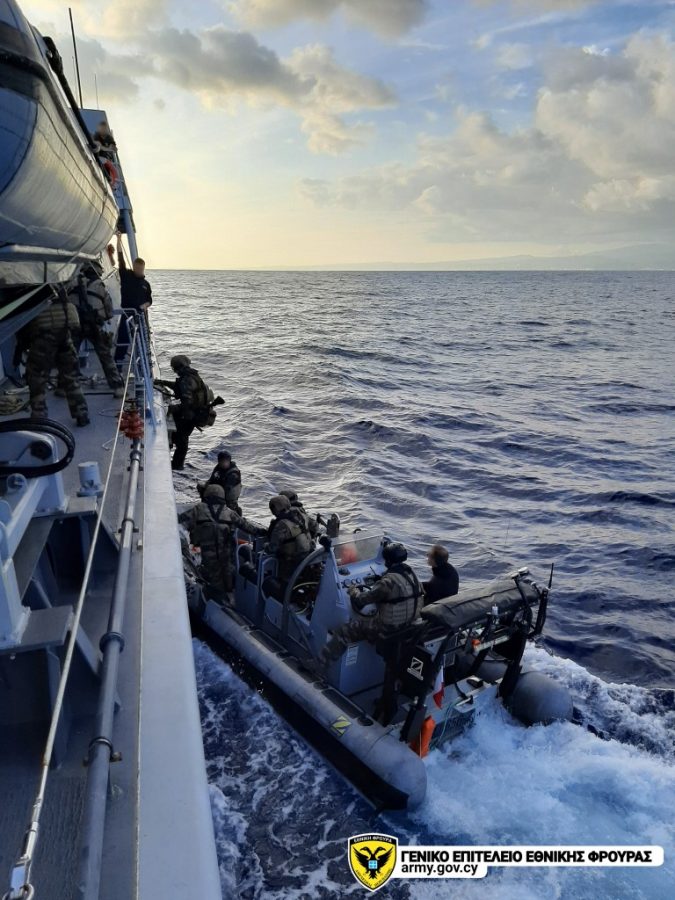 The exercise, which is part of the network of international collaborations that the National Guard has developed with the Armed Forces of friendly countries, in accordance with the directions of the Ministry of Defence, is considered particularly beneficial, as it provides the opportunity for the personnel of the naval and air units of the Defence Forces to train together with corresponding Units of the French Armed Forces, thus promoting the level of training, interoperability and highlighting the excellent relations between the Armed Forces of the two countries.