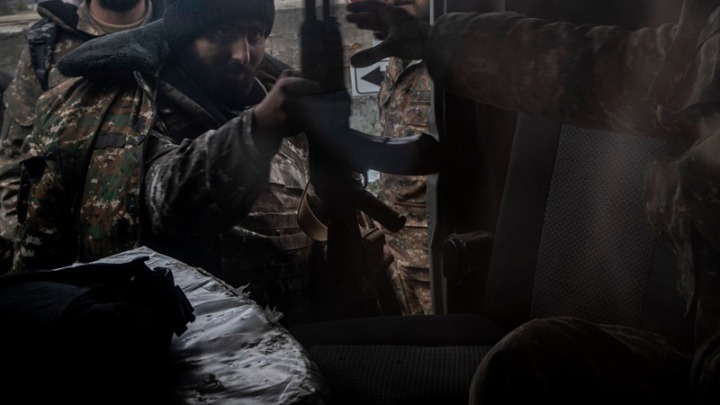 Two Azeri and Armenian soldiers were killed on Wednesday in Nagorno-Karabakh, a region still volatile after the end of the war in late 2020, officials from both sides said.

Today, around 15:00, the units of the Azerbaijani Armed Forces used attack drones in the north-western part of the line of contact between Nagorno-Karabakh and Azerbaijan.

Nagorno-Karabakh Armenian separatists, for their part, reported the death of one of their soldiers in an attack carried out by an Azerbaijani drone in the afternoon, while five Armenian separatist fighters were also wounded, said the Artsakh Army.

After a war that killed more than 30,000 people in the early 1990s, Armenia and Azerbaijan clashed again in the fall of 2020 over control of Nagorno-Karabakh.

As APA MPA reports, more than 6,500 people were killed in this new war that Armenia lost. As part of a Moscow-brokered ceasefire agreement that deployed peacekeeping forces in Nagorno-Karabakh, Yerevan ceded a significant amount of territory.

The two sides recently agreed to work on a peace plan following a Russian-brokered ceasefire deal, but Baku and Yerevan frequently accuse each other of ceasefire violations along the border.

Despite a tentative diplomatic détente between Armenia and Azerbaijan, armed incidents often occur in the region or along the official border between the two countries, Euronews reports.