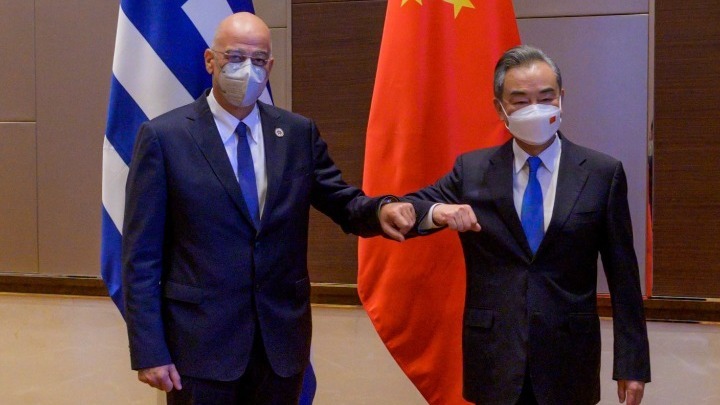 During the meeting held on the sidelines of the 55th ASEAN Foreign Ministers’ Summit in Cambodia, Foreign Minister, Nikos Dendias, received the assurance of his Chinese counterpart, Wang Yi, that China supports the territorial integrity, sovereignty, and sovereign rights of Greece against the challenges it is currently facing.

“A position completely in line with International Law, considering that China is a permanent member of the Security Council,” pointed out Nikos Dendias.

He also reiterated the Greek position in favor of the “One China policy” shared by Europe too.

In addition to the four bilateral meetings he had today with the Foreign Ministers of China, Qatar, Indonesia, and Thailand, on the sidelines of the second day of the Summit, the Minister of Foreign Affairs signed, on behalf of our country, the Treaty of Amity and Cooperation between Greece and the Association of the Southeast Asian Nations, i.e. ASEAN.

A region of ​​more than 600 million people with a Gross National Product (GDP) exceeding 3 trillion euros and with positions fully in line with the Greek positions on issues of the International Law of the Sea, emphasized Nikos Dendias.

In this light, the Minister of Foreign Affairs said that the Treaty “is another important step in a Greek foreign policy that extends beyond the known horizon”.

Also read: N. Dendias | Joint commitment with Vietnam to the International Law of the Sea