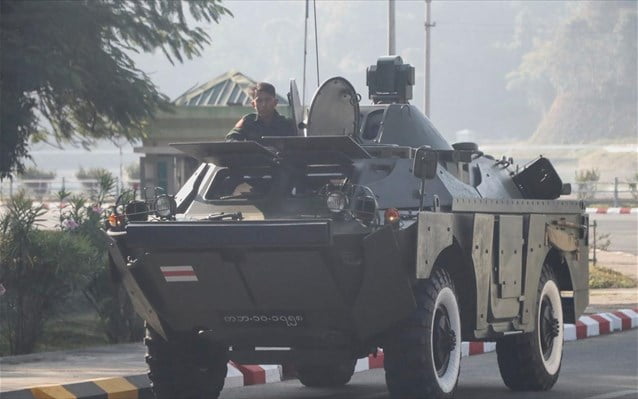 A bloody popular uprising, an economy paralyzed by an unprecedented general strike, fierce clashes between the army and armed insurgent groups: Myanmar has plunged into chaos in the last 100 days.

On the morning of February 1, generals in Myanmar overthrew the elected government of Aung San Suu Kyi, arrested the latter and declared a state of emergency, ending abruptly a 10-year democratic ‘parenthesis’.

Across Myanmar, from the cities to the most remote villages, demonstrations take place almost daily with the participation of mainly young people seeking democracy and being informed through social media and new technologies. Thousands of strikers have blocked a large part of the country, causing problems for banks, hospitals, ports and public services.

The junta responds with weapons.

Also read: Myanmar | UN fears a civil war like the one in Syria could break out

At least 780 civilians have been killed in the past three months, according to the Assistance Association for Political Prisoners (AAPP).

The military speaks of far fewer dead and blames violence on “rioters” who carry out “terrorist acts”.

More than 3,800 people are being held, often in secret locations, according to the AAPP, which denounces violence against women, extrajudicial executions and torture, as in the case of poet Kate Ti, who was arrested on Saturday and died in custody 24 hours later.

The nun became a symbol of resistance when during a demonstration that was violently suppressed in March, she knelt in front of the soldiers with their arms crossed, begging them “not to shoot”.

She now works at a clinic in Kahin State where she looks after injured dissidents who are “sacrificing their lives for their future.”

“On the right side of history”

Despite the violence, the mobilizations continue. “We want to be on the right side of history,” said one protester.

In order to keep up the pressure on the junta, while avoiding retaliation, the protesters prefer surprise mobilizations, with fewer people involved, a tactic that seems to pay off in the last days.

The resistance is also politically organized

Thousands of dissidents have taken refuge in rebel-held areas of Myanmar in the north and east of the country, and former lawmakers who have gone underground have formed a “national unity government”. But at the moment this is not very influential. Its desire to create a “federal army” against the junta, which will involve dissidents and guerrilla fighters, has not aroused enthusiasm among the country’s various ethnic groups.

For their part, the guerrillas returned to the attacks.

The Karen National Union (KNU), which has thousands of men in eastern Myanmar, is attacking military bases and the army is responding with air strikes, the first in more than 20 years in the region. Clashes and air strikes are also raging in Kahin State, where rebels shot down a military helicopter last week.

Tens of thousands of civilians have been displaced by the violence, according to the UN.

How long will the country, one of Asia’s poorest, endure?

As a result of the coronavirus pandemic and the political crisis, half of Myanmar’s population is at risk of dropping into poverty by 2022, a 16-year setback, the World Food Program has warned.

The economic and political chaos does not seem to be affecting the generals who defy both the international condemnations of the coup and the sanctions announced by the US and the EU.

More than 200 non-governmental organizations have called on the UN Security Council to impose an international embargo on arms sales to Myanmar, but China and Russia, traditional allies of the Burmese army, are strongly opposed.