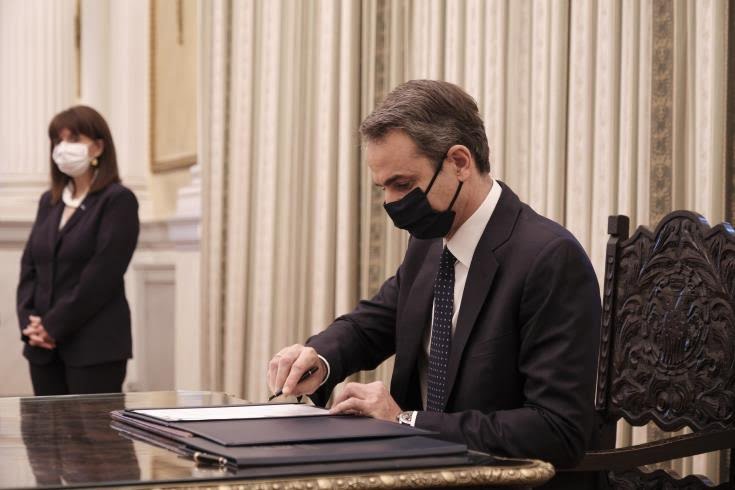 “The Greek government will not discuss gray zones or the demilitarization of islands,” the Greek Prime Minister said regarding the context of talks on exploratory contacts between Greece and Turkey, which will resume on January 25th.

In an interview on ANT1, Kyriakos Mitsotakis stressed that the Greek government sought to resume exploratory contacts by setting a specific framework: “There should be no activity within the Greek EEZ with the delimitation of maritime zones in the Aegean and the Eastern Meditterranean as the topic of discussion. It is better to discuss within a specific context than not to discuss at all.”

Answering a question regarding the context of talks, Kyriakos Mitsotakis stressed that the Greek government will not discuss gray areas or the demilitarization of the islands. “I want to find a long-term framework to resolve our dispute with Turkey. It is not in Turkey’s interest to continue its provocation. I hope that 2021 will be a better year for the Greek-Turkish relations,” he stressed.

At the same time, he underlined that for the first time Greece “withdrew” from the theoretical invocation of International Law and proved, in practice, that it can resolve disputes by building alliances, but also its defence.

Also read: The bill for the extension of Greece’s territorial waters to 12 nautical miles in the Greek Parliament

The National Council, chaired by President Nikos Anastasiadis, will meet at 11 a.m. this morning to brief political party …