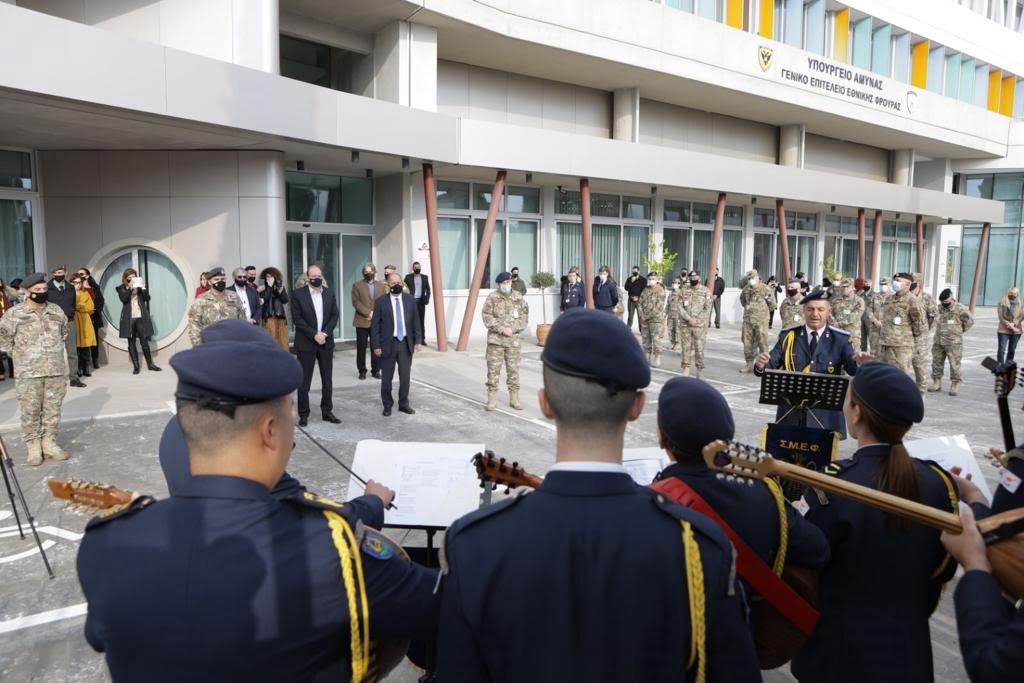 According to the radio broadcast “PROTI EKPOMPI” of RADIO PROTO, with Lazaros Mavros and Marios Poullados, on Monday 12/04, the reorganization of the Ministry of Defence is once again brought to the forefront. Specifically, according to the broadcast, what is being discussed by the Parliamentary Committee on Legal Affairs is the substitution of the army personnel of the Ministry of Defence by permanent specialized personnel with duties that require some sort of expertise.

Also read: The Foreign Policy, Defence & Security Council has been incorporated – Its responsibilities and who will participate

In this proposal, which was submitted to the Ministry in the past (in 2013), British experts were involved and provided for the substitution of National Guard Officers, who act on behalf of the Executive Office of the Minister of Defence, by civil servants as “defence directors”.

Rear Admiral Costas Fytiris, who previously served as Chief of Staff of the Ministry of Defence, was asked to comment on the matter. Mr. Fytiris said that: “The paradox in this case is that the reorganization of some Ministries of the Republic of Cyprus by foreign experts was determined within the framework of the implementation of some of the mandates of the 2013 memorandum. Unfortunately, one of these Ministries, which I do not know if it was declared by the Cypriot government or the European Union, was the Ministry of Defence.”

The purpose of the reorganization was to save money. As revealed by Mr. Fytiris, a committee of British retirees, diplomats and military undertook the study of the operation of the Ministry of Defence. “When they submitted the study, I was serving in the Ministry and I told the Minister that this study should not be considered.”

Continuing, Mr. Fytiris said: “Both for reasons of national pride and functionality, I cannot imagine an organization (i.e. the Ministry of Defence), which will be run by people who have nothing to do with Defence. The positions in the Ministry are such that require experience in the National Guard, except for some positions in the accounting department,” he said.

Mr Fytiris also described the approach that requires all Officers to step down from their office duties and be in the training fields as naive. “No brigade, no regiment can operate without a staff, which will plan and undertake to solve all the problems so that those who are on the battlefield and in the exercises are effective.”

“I cannot imagine a National Guard which – once the Chief sends a request to the Ministry – will be managed by a citizen who is not familiar with the National Guard and does not have the experience and knowledge to prioritize the issue.”

“I cannot accept that foreign experts – and we know very well how the British act against us – undertook to organize the Ministry of Defence of the Republic.”

Lieutenant General Andreas Pentaras, who had served as Director in the Executive Office of the Ministry of Defence, also made statements on the same broadcast today. In fact, he stated that “this issue is major and concerns the democratic operation of the state, the political control of the armed forces. And by political control, we mean the direct subordination of the armed forces to political power and not to the state apparatus.”

Regarding the issue of substituting National Guard Officers with civil servants in administrative positions, Mr. Pentaras commented that, “another National Guard General Staff (GEEF), a second GEEF, will be incorporated in a democratic country. This bill was passed by the Legal Service. Didn’t the Legal Service see that there are laws that prohibit it?”

Asked to answer if we should be concerned about the fact that this proposal came from the British, Mr. Pentaras replied that: “I am sorry to hear this. To bring the British to organise the Ministry of Defence. The armed forces have weapons. Is it possible for the armed forces to receive instructions from bodies not provided by law, i.e. from non-service bodies?”

He went on to say: “The Chief addresses the Minister directly and the Minister gives instructions to the Chief directly himself, either through his Staff or by orders signed by him. Will the civil servants deal with the military and staff issues? This only happens in third world countries.”

Also read: MoD Participation in the Informal Meeting of the EU Defence Ministers in Berlin 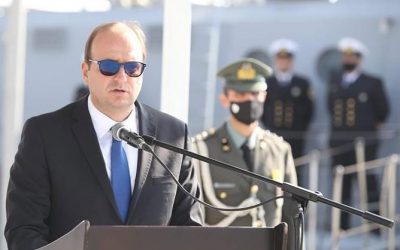 The Minister of Defence, Charalambos Petridis, invited the conscripts of 2021 Class to submit their details electronically… 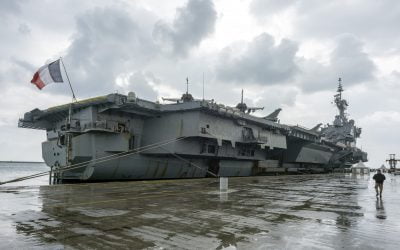 According to an announcement by the Ministry of Defence, the arrival and stay of Charles de Gaulle aircraft carrier in…