ARMAMENTS
MIMS RANGER and UCANDRONE | Tactical Situational Awareness by SCYTALYS – Presentation at the EUROSATORY 2022 exhibition
Defence Redefined
Published on 07/09/2022 at 18:23 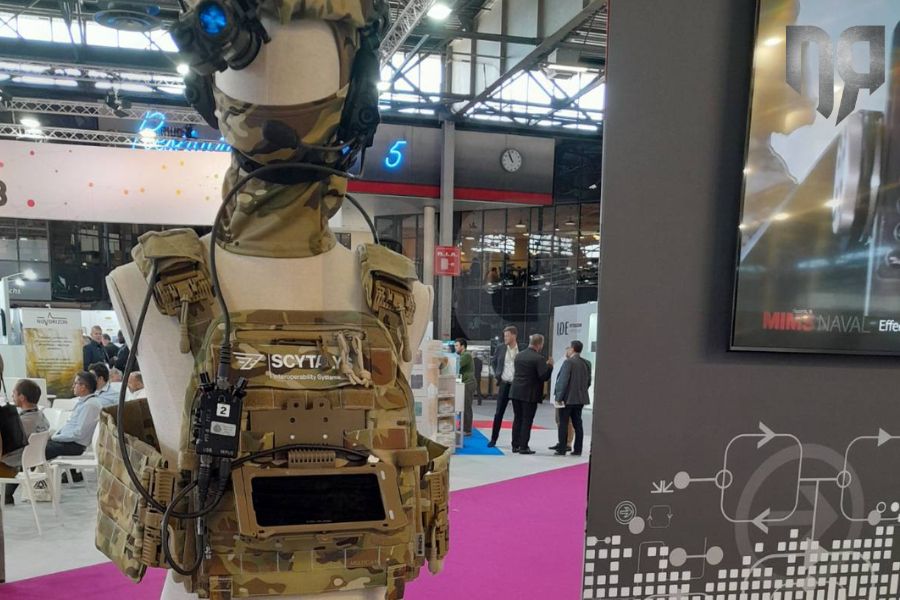 The DEFENCE ReDEFiNED team visited the company’s booth where we had the opportunity to see the exhibits and talk with SCYTALYS executives.

MIMS RANGER is an innovative Tactical solution that allows operators of special forces units – and not only – to have situational awareness in the field, something essential to support decision-making in dynamically changing situations.

The data collected by various sensors including the tactical drone made by UCANDRONE (a company of the same group) can be processed and distributed to all users of the system as well as to superior echelons ensuring full network-centric operation. 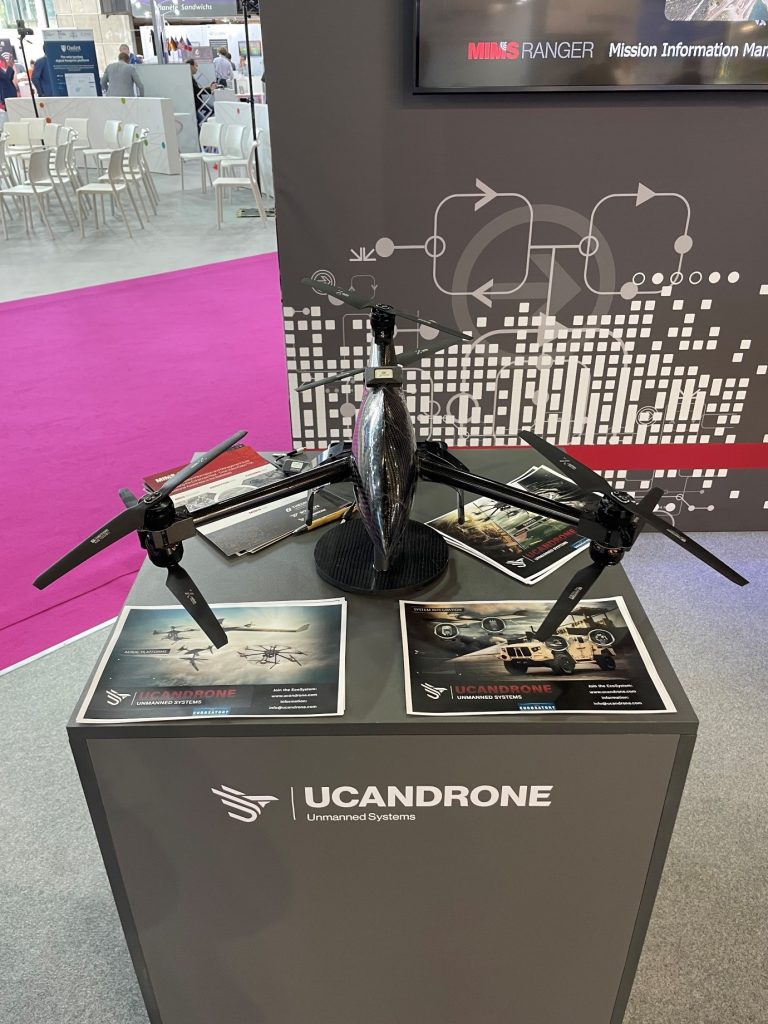 The MIMS RANGER system uses state-of-the-art technologies such as MANET (Mobile Ad Hoc Networking) tactical wireless devices for secure voice, video and data transmission anywhere between interconnected users as well as a digital interface for map display (in 2D or 3D format) and other data.

At Eurosatory, MIMS RANGER was showcased with the MANET MPU5 smart tactical radio made by the American PERSISTENT SYSTEMS together with the S20 tactical smartphone made by the South Korean SAMSUNG. S20 tactical is a special military version of the S20 smartphone for integration with tactical radios and C2 devices. It is noted here that SCYTALYS is the exclusive partner of Persistent Systems for Greece and Cyprus. 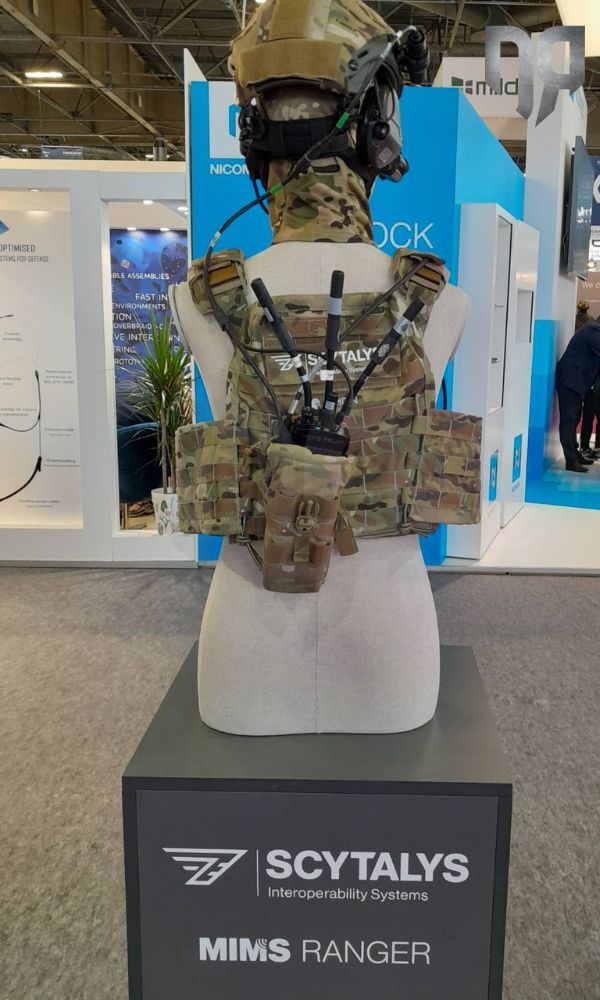 MIMS RANGER components were integrated into a Multicam PLATE CARRIER II made by the Greek company ELMON.

The MPU5 is an advanced tactical radio with a built-in computer and Wave Relay® MANET technology via which each station is simultaneously a relay within a dynamic network (Peer-to-Peer Routing) with automatic adjustment (increase or decrease) of nodes. The dynamic Wave Relay® network constantly calculates the optimal “path” for data transmission, minimizing the risk of failure within the network.

Among other features, the MPU5 has a transmission power between 6-10W in a frequency range that varies according to the model or frequency module which can be changed, 3X3 MIMO technology for fast data transfer and integrated GPS.

SAMSUNG’s S20 Tactical Edition has special software according to customer requirements and can be connected to various systems such as tactical radios, drones, rangefinders, etc. In addition, it has a “Stealth-Mode” function to disable the signal emission and two layers of encryption to store classified data.

In addition to the S20 Tactical, the MIMS RANGER system can be interconnected with other smartphones that use the Android Tactical software system such as Panasonic, CAT, Ulefone, etc. 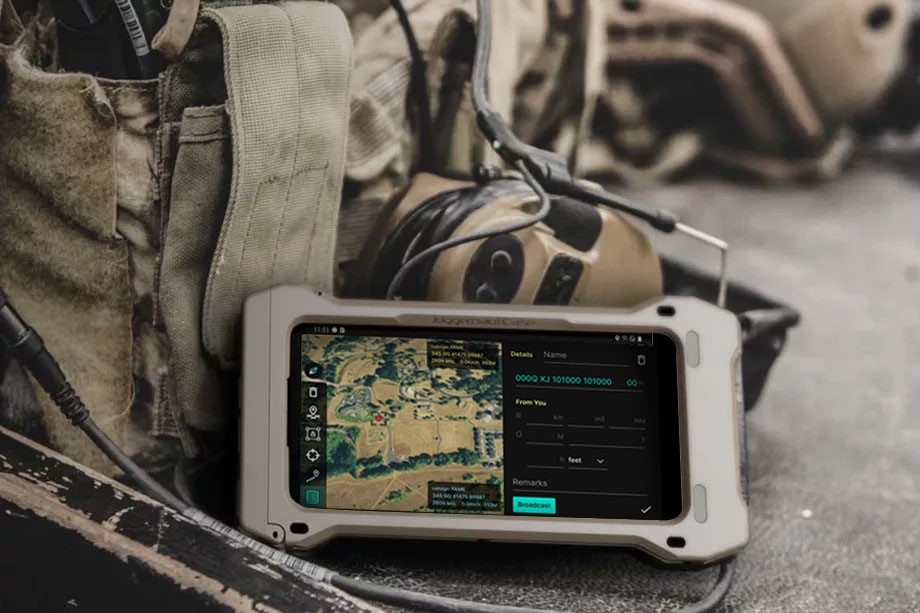 The chosen device can be carried by the fighter at the front side of the kit for easy access whenever needed.

The information can be transmitted in the form of messages as well as multimedia. The system supports various map and coordinate formats (WGS84 MGRS, DMT, DMS, UTM) while being highly compatible with C2 command and control systems. In addition, it comes with AES 256 encryption via the MPU5 and can be connected with Tactical Data Link systems such as Link-16, JREAP-C, etc.

The small Unmanned Aerial Vehicle (UAV) with six rotors presented at Eurosatory by UCANDRONE is a custom-made solution that can be used by Special Forces personnel due to its small size and weight. This is achieved by the use of advanced composite materials such as aeronautical carbon fiber composite. 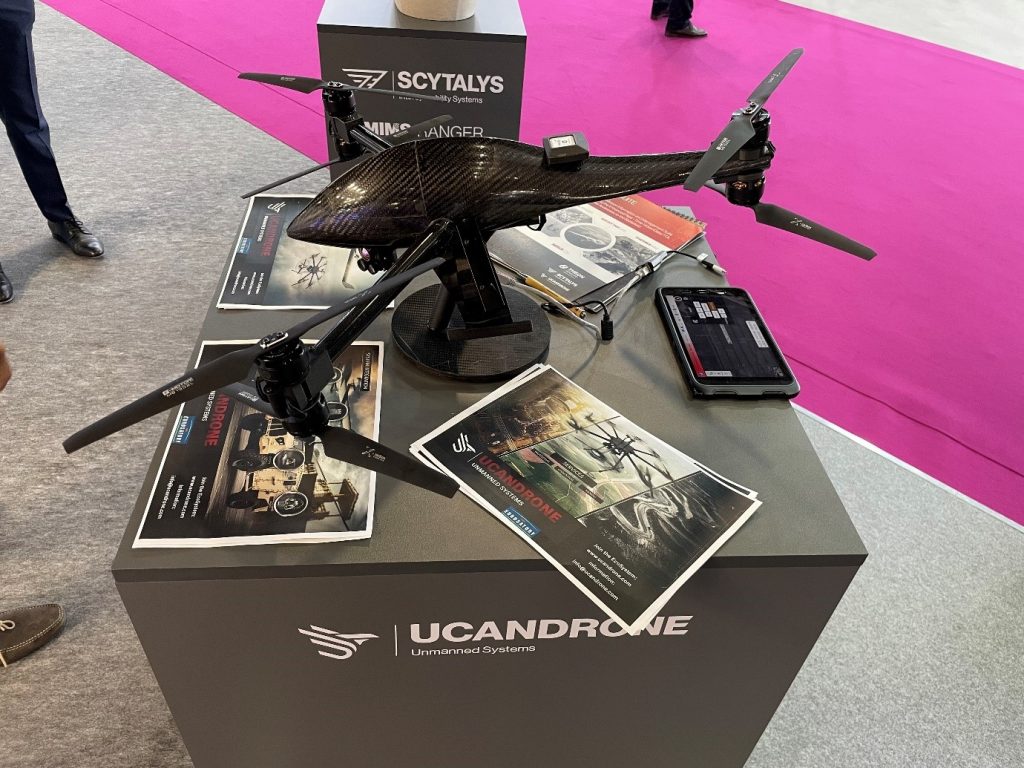 The drone in question, named Hunter UAS, features, among others, a flight time endurance of 41 minutes and the ability to carry a dual electro-optical/infrared HD payload with a magnification X 20. The maximum speed of the drone is 96 km/h while its weight is 2.4 kg.

Further to that the compatibility of MIMS with larger unmanned vehicles or aircraft, such as the ARCHYTAS UAS, make the MIMS RANGER part of the wider SCYTALYS MIMS Command and Control (C2) system. The C2 system in question, as you can see in the graph below, also includes thermal imaging systems such as THERMIS MK2 from THEON SENSORS, also part of the EFA GROUP. 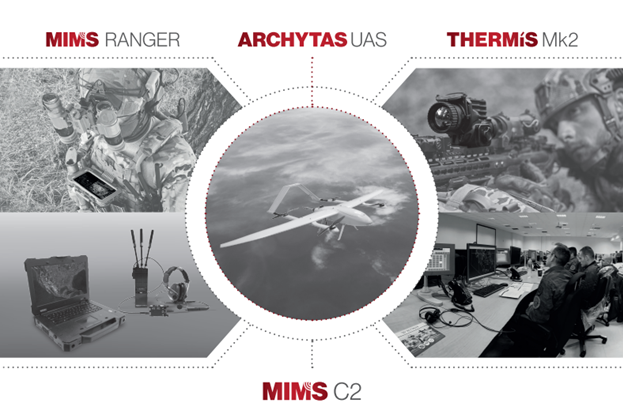 The ARCHYTAS UAS is the result of a collaboration between the Naval Academy of Greece, the National Technical University of Athens and the companies UCANDRONE and EFA VENTURES. The project has been running  for 2 years for the benefit of the Hellenic Navy, while an Unmanned Aerial Vehicle program called “ARCHYTAS” is also implemented by the Hellenic Aerospace Industry (HAI) and academic institutions.