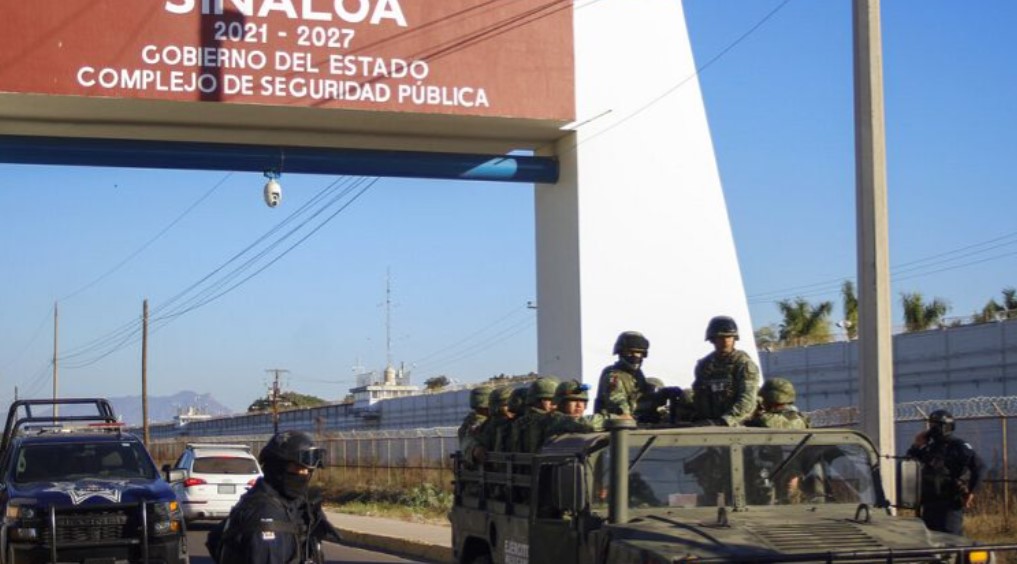 On Thursday Mexican security forces arrested Ovidio, son of notorious jailed Joaquin “El Chapo” Guzman. Members of the Sinaloa cartel and their associates have launched violent attacks in the region, shooting police and soldiers, torching vehicles, and blocking roads along the Pacific coast.

The riots centered on the city of Culiacan, the capital of Sinaloa, home to the powerful cartel headed by “El Chapo” until his arrest in 2016 and his deportation to the US the following year.

At the press conference given by Sandoval, he said that a total of 21 people were arrested in yesterday’s operations. There are no reports of civilian deaths.

Ovidio Guzman, 32, was arrested in the early hours of Thursday morning and airlifted to Mexico City. He is being held in a maximum security prison.

Sandoval said draconian security measures will remain in place in Culiacan to protect citizens. Another 1,000 troops are expected to arrive in the city to bolster local security forces.

A failed attempt to arrest Ovidio in 2019 ended in the humiliation of López Obrador’s government, since that operation also provoked violent reactions from cartel members. Ovidio was then quickly released to avoid the risk of reprisals.

On Thursday, Mexican Foreign Minister, Marcelo Ebrard, confirmed there was a US arrest warrant dated September 19, 2019, but said Guzmán’s possible extradition would not be immediate due to legal proceedings. He also stated that Guzmán has ongoing legal proceedings in Mexico.

His capture was the result of a long-term operation involving 200 special forces, according to the Defence Minister. Security at the Altiplano prison has been increased since Guzmán’s detention, the Minister added.

Guzman’s father, “El Chapo”, had escaped from the Altiplano prison on July 11, 2015, through a tunnel. He was arrested and convicted in the US on 10 charges four years later, including participating in a continuing criminal enterprise, drug, and arms trafficking. He was sentenced to life in prison plus 30 years and ordered to pay $12.6 billion in restitution.

With information from: CNN Greece, Euronews