NEWS
Meeting of Defence Ministers of Greece and France
Defence Redefined
Published on 08/11/2022 at 11:45 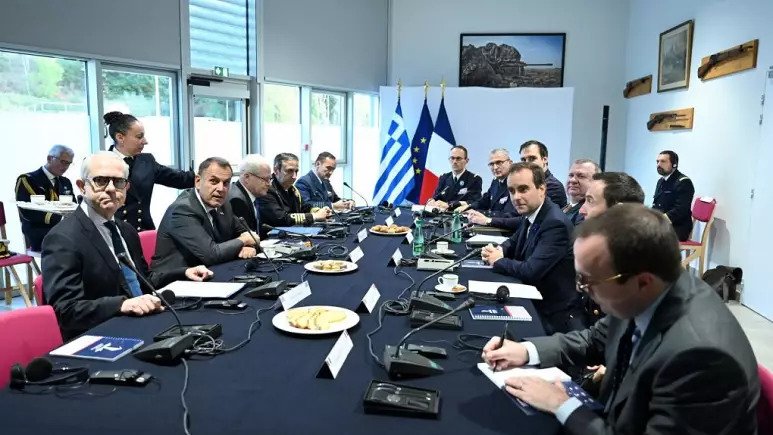 The Greek Minister of National Defence, Nikolaos Panagiotopoulos, had a bilateral meeting with his French counterpart, Sébastien Lecorny. The said meeting was held on the sidelines of the launching ceremony of the first ‘Defence and Intervention’ frigate of the French Navy, which took place at the facilities of Naval Group in Lorient, France. 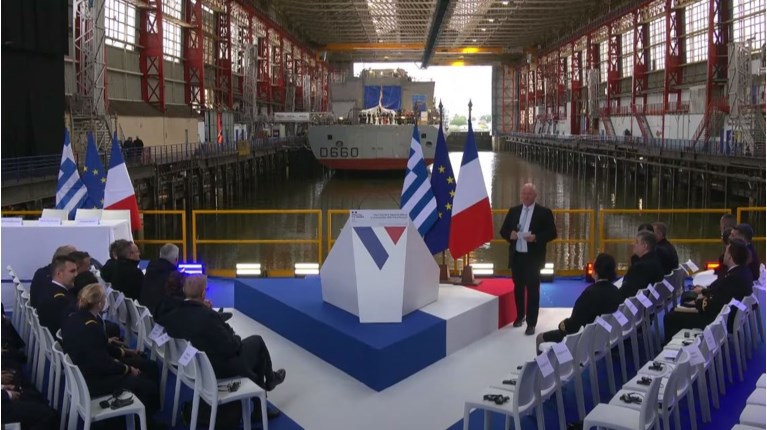 Issues of mutual interest were discussed at the meeting, with an emphasis on the security situation in the Eastern Mediterranean, the developments in Ukraine and the strengthening of bilateral defence cooperation. Furthermore, Mr. Panagiotopoulos had a meeting with officials of the French Navy and was briefed on their work.

Mr. Panagiotopoulos observed that maintaining their stance with regard to the Russian invasion of Ukraine, Greece, and France, but also the entire European Union and NATO do nothing but condemn and stand against any form of revisionism. Everyone without any exceptions! Therefore, it is good that this message goes in all directions.

At the same time, he reminded that the defence agreement between Greece and France provides for, among others, mutual defence assistance. A recent statement by the French Minister of Foreign Affairs was cited according to which the French stressed that regardless of the situation this clause of mutual defence assistance will apply, if required; therefore we build and engage in more actions according to this solid base.

In the context of defence cooperation between Greece and France, he announced that 203 different activities and joint exercises will take place by 2025, while he characteristically stated that this number alone proves the breadth and depth of this defence relationship.

Answering a question about the possibility of activating the option for the fourth [email protected] or even for the corvette program, the Minister of National Defence clarified that they are waiting and will receive very soon the final proposals of the companies interested in the corvette program or the respective activation of the option, i.e. the alternative acquisition of a fourth [email protected] according to the original agreement. Yet, in order for a decision to be made, they must have the final proposals in their hands.

He believes that they must answer some basic questions, especially as far as the financing and participation of the Greek shipyards are concerned. Greece wants the corvettes to be built in Greek shipyards, he reiterated, and once these questions are answered, all we have to do is make the final choice, which will happen soon enough.

Finally, he announced that two more Rafales will arrive within the next few days and will be stationed at their base, the 114th Fighter Wing in Tanagra.