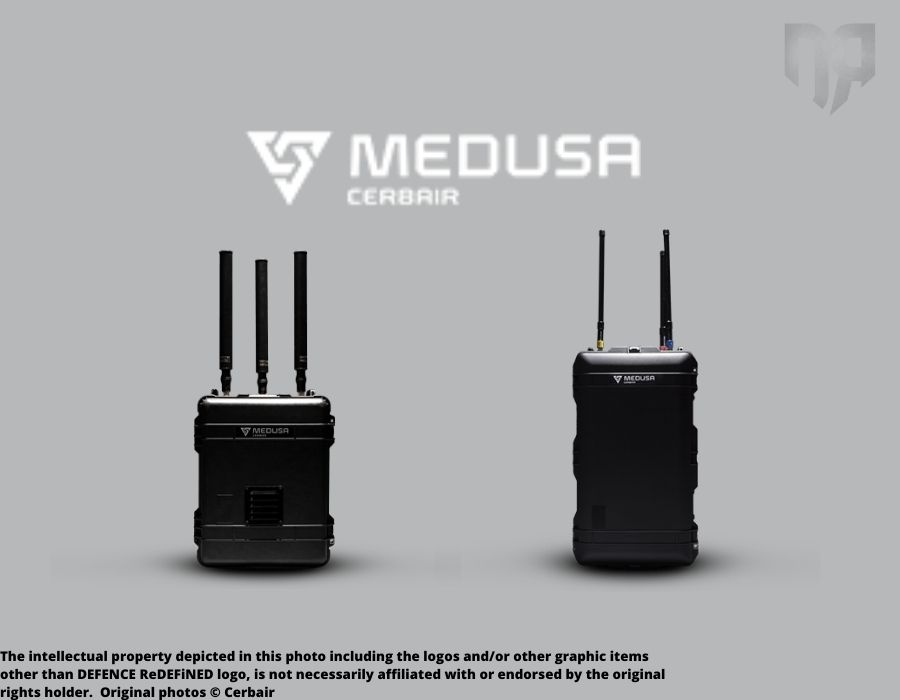 The Medusa system is a counter Unmanned Aerial Vehicles (UAVs) solution made by French specialist Cerbair.

Cerbair – which names its systems after mythical monsters of Greek Mythology – offers the Medusa in 2 versions: the Medusa 100 and the Medusa 200.

The Medusa system operates by emitting electromagnetic jamming against the drone’s communication channels (which also feature GNSS technology) and interrupts its communication with the control station. This results in the activation of the drone’s emergency procedures with the most common end being its on-site landing and neutralization. 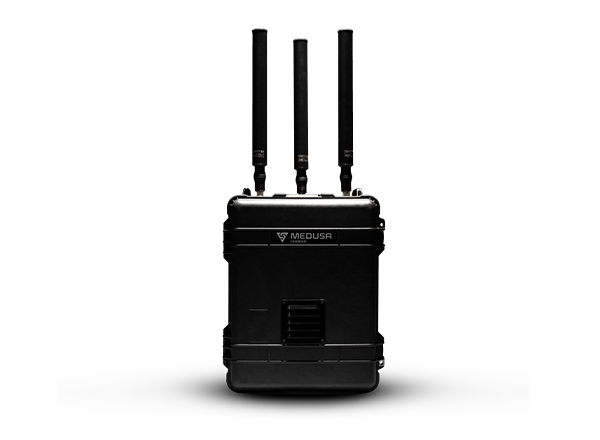 In addition, it can be integrated into Hydra radar detection system (Cerbair’s core sensor technology) and wirelessly perform the so-called “Smart Interference”: either block all or a number of communication channels, so as to cause a specific reaction of the drone i.e force it to return back to its base or block the video recording capability. 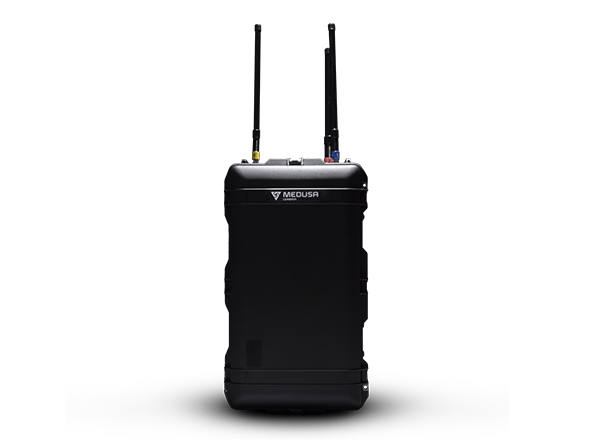 Its neutralization range is set at a 10:1 ratio. This is obviously larger than the Medusa 100’s as it has a power of up to 50W compared to the 15W of the Medusa 100. In terms of its integration into the Hydra system, it features the same capabilities as the Medusa 100.