SECURITY
K. Skrekas | The emblematic EuroAsia Interconnector project as the culmination of the Greece – Israel strategic relationship
Defence Redefined
Published on 07/06/2022 at 13:00 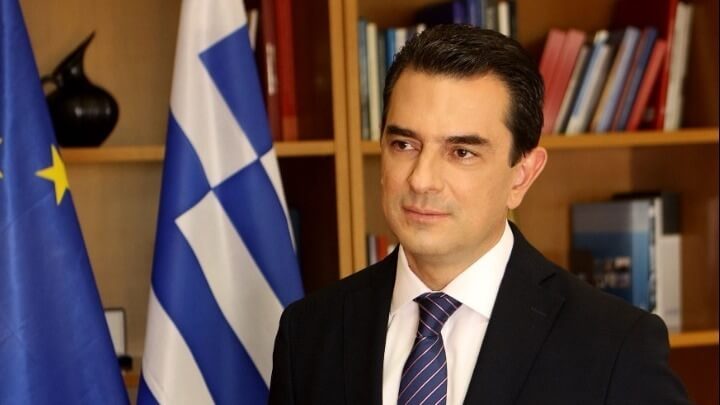 The strong political will of Greece and Israel to accelerate the implementation of the electricity interconnection of Greece with Cyprus and Israel was expressed during the meeting held yesterday between the Minister of Environment and Energy, K. Skrekas, the Secretary-General of Energy and Mineral Resources, Alexandra Sdoukou, and a delegation from Israel. The said delegation was headed by the Chairman of the Electricity Regulatory Authority, Yoav Katsavoy, the Deputy Chief Executive Officer of the Israel Electricity Grid Manager, Shiki Fisher, and the Head of the Department of Foreign Affairs, Policy Planning and Strategy of the Israeli Ministry of Energy, Orit Ganor.

The meeting was also attended by the President and CEO of the Independent Power Transmission Operator (ADMIE), Manos Manousakis, and the head of the Greek delegation to the tripartite project team for the EuroAsia Interconnector, Professor Theodoros Tsakiris.

According to APA MPA, this is the EuroAsia Interconnector project which will have a total length of 1,214 km and a power of 1 GW in the first phase. In January 2022, the European Commission approved funding of 657 million euros for the part of the interconnection of Greece with Cyprus.

At the meeting, Mr. Skrekas stressed that the Government has supported the construction of the EuroAsia Interconnector from the very beginning and will continue to do so until its completion. He also referred to the benefits that the project will have for the energy security of the Eastern Mediterranean, as it will take Cyprus and Israel out of their energy isolation, giving them the opportunity to develop their potential in terms of RES projects.

The Minister also stated the following: “In a critical geopolitical situation for Europe, the electrical interconnection of Greece – Cyprus – Israel acquires special importance. The EuroAsia Interconnector is a strategically important project that will enhance the energy security and supply adequacy of the three countries, helping to reduce dependence on fossil fuel imports and the development of RES.

Greece is emerging as an energy hub for the Eastern Mediterranean and Southeastern Europe, while Cyprus is emerging from energy isolation. With this flagship project, we further deepen our strategic cooperation with Cyprus and Israel and take another important step to enhance stability and prosperity in the wider region.”

Also read: N. Dendias | Visit to Bosnia and Herzegovina – Contacts with the Foreign Ministers of Israel and Saudi Arabia