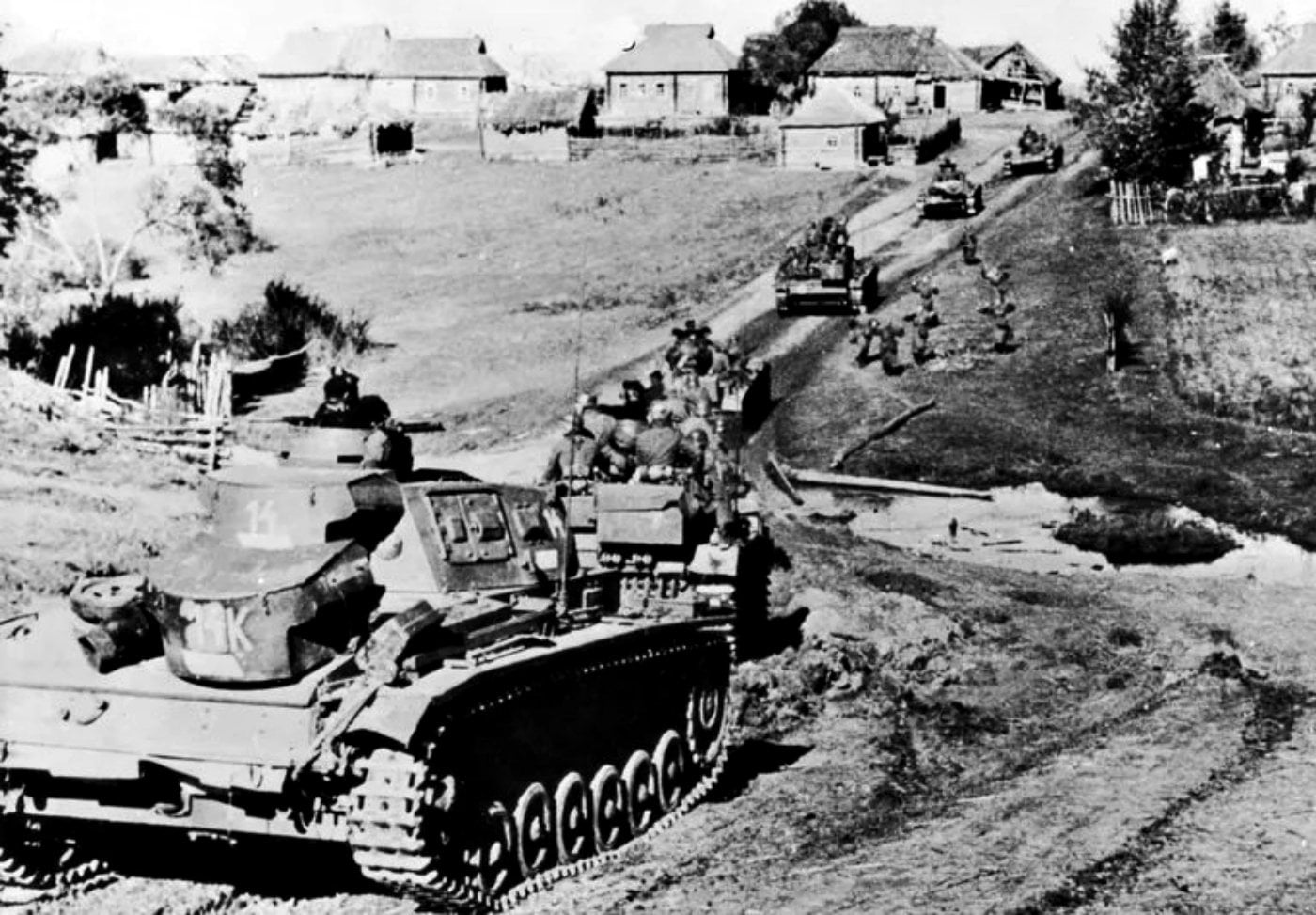 The Great Patriotic War, as Russian historians call it, or the Eastern Front of World War II, was the bloodiest conflict in world history and began on June 22, 1941 with the commencement of the German operation to occupy the Soviet Union, with the code name Barbarossa.

The theater of Operation Barbarossa was mainly Soviet territory. On June 22, 1941, violating the Non-Aggression Pact, Hitler ordered the launch of Operation Barbarossa and its forces to invade the territory of the USSR, mobilizing the largest military force known to mankind in a single offensive. A total of 3,000,000 men took part in the operation, with a total of 3,580 tanks, 7,184 artillery guns, 2,830 aircraft and 750,000 horses, all divided into three groups.

The geopolitical situation in Europe in 1941, just before the commencement of Operation Barbarossa. The gray area represents Nazi Germany, its allies and the countries under its strict control.

The ultimate goal of the German general staff was to trap the bulk of the Russian forces with a wide circular maneuver in which the infantry would form an internal circle and the tanks an external one. German forces advanced more than 600 kilometers in 14 days and were 300 kilometers away from Moscow. Although the plan failed, the German forces managed to capture 480,000 Russian soldiers. Another 600,000 Russians were captured during the Battle of Kiev.

The Red Army failed to repel the Germans, and its defenses collapsed just as quickly. The Russian officers were unable to predict the next moves of the Germans, as a result of which a large number of captured soldiers were constantly surrounded. In addition, since the beginning of the German attack, the Red Army had been on the offensive on the Polish border, with the result that there was no security barrier between the German-Soviet border and the main line of defence.

The German offensive continued with the occupation of Kiev, Minsk and the Baltic Republics. The subsequent occupation of Ukraine also gave a huge boost to the German forces after many granaries and raw materials came into their possession for exploitation. In Ukraine, too, the Red Army was devastated when much of its forces were destroyed by the German forces. From August to November 1941, 3,030 Russian military factories (85% of Russia’s total production of military plants) were occupied, which were later used against the Red Army. Hitler’s forces arrived outside the capital, Moscow, and besieged Leningrad.

Within four months, all the lands west of the Azov-Ladoga line were occupied. Moscow and Leningrad remained free cities, despite the hunger and hardship of their inhabitants. The resistance of the two major cities became fierce and inspired morale in the conquered areas and soon guerrilla groups were formed which struck Nazis to a significant extent.

The failure of the Germans to occupy these two cities had devastating consequences for the outcome of the operation. It was now clear to everyone, even the Germans, that they could not advance further. In addition, they had to deal with weather conditions that not only were unfamiliar to them, but they were not prepared to deal with at all.

At the same time, the Red Army set up entire factories in the Urals and Siberia and continuously produced new military equipment, vehicles and planes, while allied aid from the United States began to arrive via the Pacific.

In the face of impending doom, Hitler reconfigured his plans to capture the Caspian and Caucasus oil fields at the same time. He hoped to secure the supply of his units for a possible long stay, while laying the groundwork for a new attack on Moscow from the south.

The decision prompted German generals to open two new fronts at the same time and move further into the Russian mainland, without the operational and resupply capabilities.

When this plan collapsed, Hitler ordered the creation of the Panther-Wotan zone, a heavily fortified line from the Sea of Azov (South) to the Gulf of Finland (North). His forces would retreat behind the line, and their role would no longer be to carry out offensive operations, but to prevent the Soviets from crossing that line and pursuing the Wehrmacht.

At the same time, in Western Europe, the Allies were preparing for the landing in Normandy, and so the procedures for the construction of the Panther-Wotan zone were accelerated. The Red Army managed to mobilize in a short time a huge force consisting of 2,650,000 men, 51,000 cannons, 2,400 armoured vehicles and 2,850 aircraft, thus creating a huge vertical front 1,400 km long from Belarus to the Black Sea. The Panther-Wotan zone collapsed and Hitler’s expectations were refuted.

Now, with the most important territories liberated and Hitler fighting on two fronts (East – West), nothing could stop the advance of the Red Army. 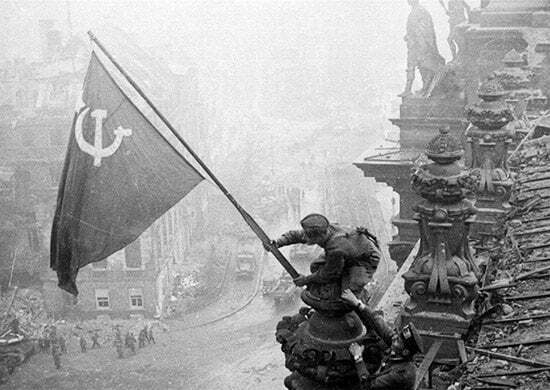 Raising the flag of the Soviet Union over the Reichstag. Battle of Berlin on May 2, 1945

On April 30, 1945, at 2:25 p.m., the Red Army entered Berlin and Hitler committed suicide in his shelter. Following Hitler’s suicide, German General Wilhelm Keitel signed the German Instrument of Surrender (May 8, 1945). In this way, the Great Patriotic War ended. To date, most of the states that emerged from the dissolution of the USSR are celebrating “Victory Day” on May 9, culminating in a large parade in Moscow’s Red Square.

The losses of the German invaders are estimated at around five million, while those of the Soviets at more than twenty-five million (soldiers and civilians). 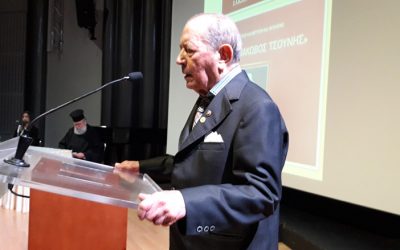 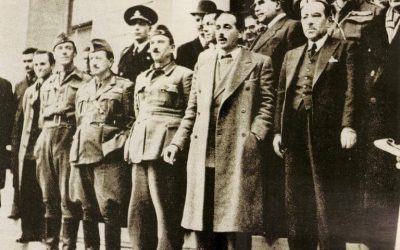