SECURITY
JRCC | The 2nd visit of the NESTOR project team was completed
Defence Redefined
Published on 20/04/2022 at 12:45 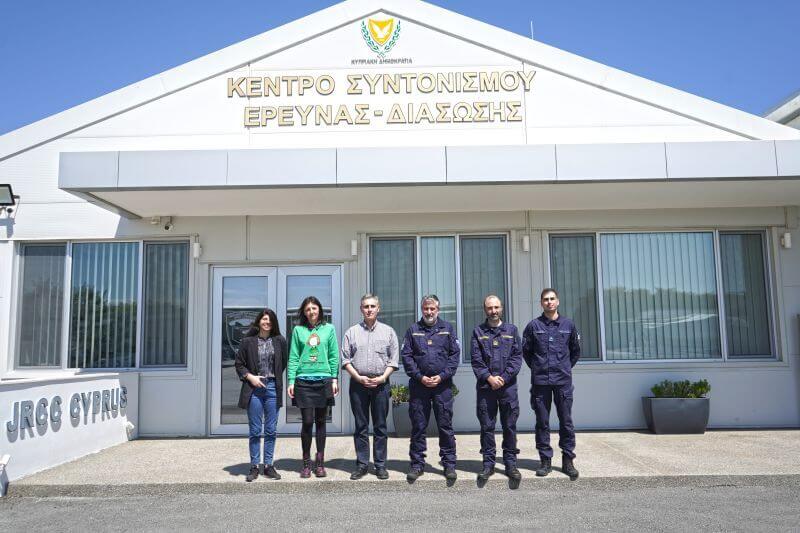 The second on-site visit of the NESTOR project management team to the facilities of the Joint Rescue Coordination Center (JRCC) in Cyprus has been successfully completed.

The leaders of this program will validate and demonstrate its implemented solutions in real operational scenario tests together with the national law enforcement agencies, border authorities and professionals to certify their effectiveness. The system will be evaluated through three consecutive versions in three respective tests.

Generally, this is a research project codenamed “NESTOR” (aN Enhanced pre-frontier intelligence picture to Safeguard The EurOpean boRders), which was evaluated as a competitive proposal by the European Commission in the context of the call for research proposals under ​​HORIZON 2020, BES-03-Open “Demonstration of implemented solutions to enhance border security”.

The proposal submitted was approved with funding of a total budget of 5,000,000 euros. The inaugural meeting of the Action Consortium took place on November 4 & 5, 2021, while its total duration is 18 months, a period during which a fully functional modern holistic border surveillance system will be put into operation, providing a pre-border situational awareness for the forces monitoring the sea and land borders.

The technological solutions that will be tested aim to improve the capabilities of Law Enforcement Authorities in locating, identifying, prioritizing and monitoring moving targets (people, vehicles, boats, etc.), using an interoperable fixed or moving sensor network.

At the same time, the establishment of a Border Management, Control and Coordination Center will provide the capability to automate all data collected in real time, while collecting information from open sources (e.g. internet, media, etc.), thus creating integrated pre-border situational awareness which will interact with the European land and sea border information systems (CISE and EUROSUR).