SECURITY
Jordan | Casualties and dozens of injured people due to toxic gas leak
Defence Redefined
Published on 29/06/2022 at 11:40 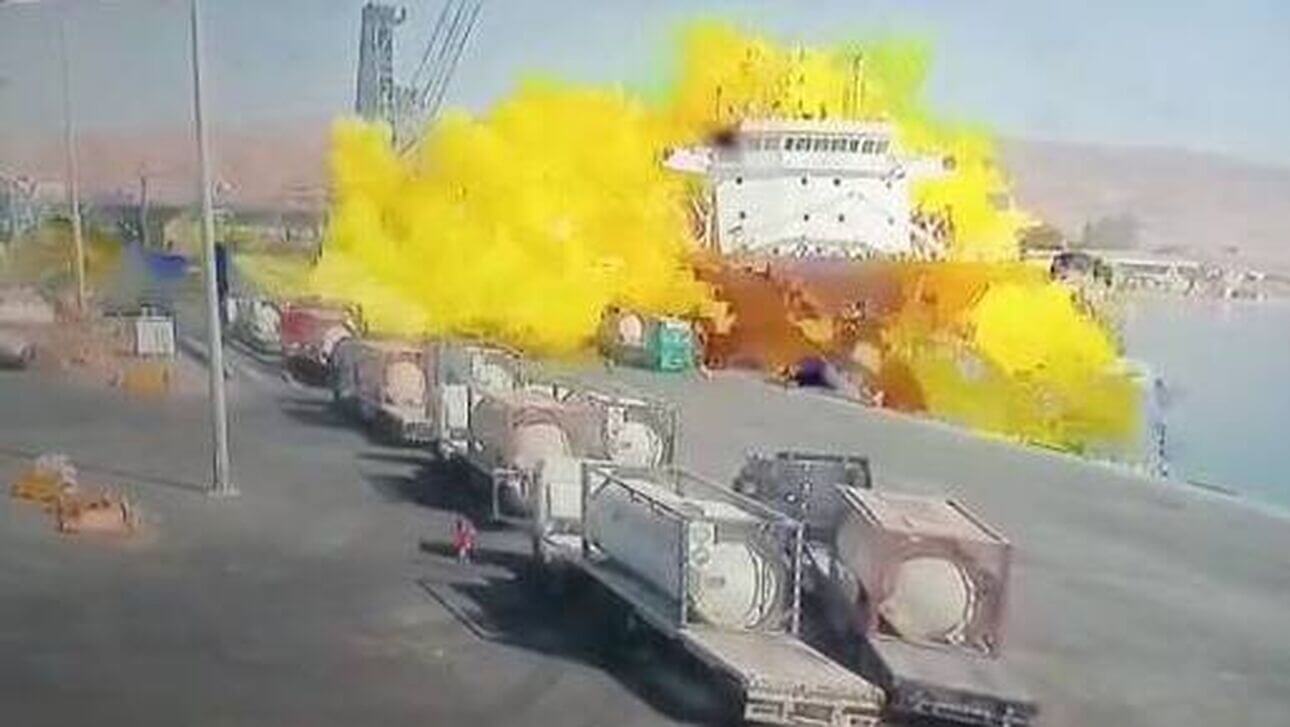 Thirteen people have been killed and 251 injured in a toxic gas leak from a storage tank in Jordan’s Aqaba port, with authorities urging residents to close their windows and stay indoors.

The injured were taken to two state hospitals, a private unit and an open-air hospital. Aqaba Chief of Health, Jamal Obeidat, said the hospitals were full and the injured were in “moderate to critical condition”.

The leak was caused when a tank containing 25 tonnes of chlorine gas, which was to be exported to Djibouti, fell while being transported on a ship.

A video posted on state television’s Twitter page shows the tank falling off the winch and hitting the deck of the ship. A yellowish cloud rises in the air and everyone runs away.

City health officials have asked residents to stay indoors with their windows closed.

The Civil Protection Service reported that experts are still trying to address the problem. According to state television, planes have been sent to Aqaba to pick up those who may need to leave the city.

Prime Minister, Biser al-Hassaneh, arrived in Aqaba and rushed to a hospital where some of the injured have been taken. The Prime Minister also set up an inquiry committee, headed by the Interior Minister, to investigate the accident.

With information from: CNN Greece