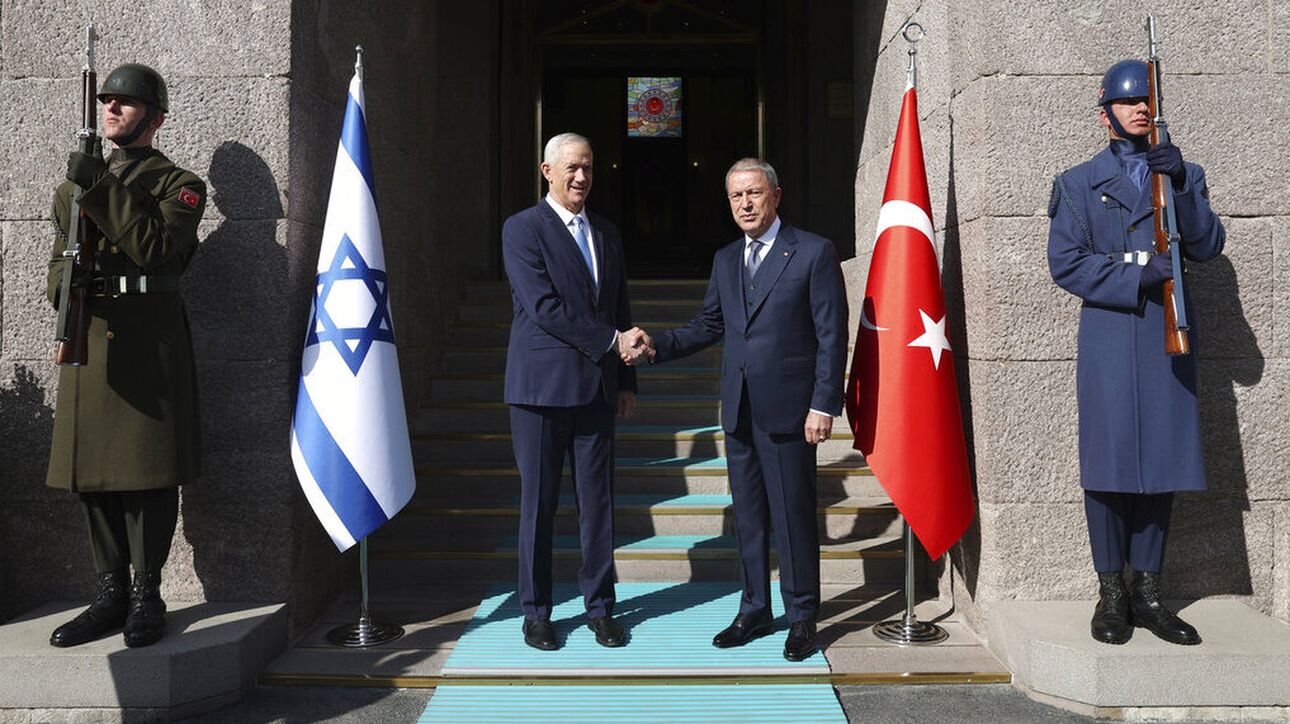 The restoration of relations between Israel and Turkey was sealed during the visit of the Israeli Minister of Defence, Benny Gantz, to Ankara.

Benny Gantz said yesterday that he asked his staff to resume working relations with Turkey after the meeting he had with his Turkish counterpart, Hulusi Akar, in Ankara, in the first such visit after more than a decade.

Gantz, who is running for Prime Minister in next week’s Israeli election, will also meet with Turkish President, Recep Tayyip Erdogan.

Relations between Israel and Turkey have been rocky since 2011, when Ankara expelled Israel’s ambassador following the 2010 Israeli raid on the Turkish ship Mavi Marmara carrying humanitarian aid to Gaza, which killed ten Turkish citizens.

Diplomatic relations were restored in 2016 and the two countries exchanged ambassadors. But two years later, Turkey recalled its diplomats from Israel and expelled Israeli envoys after Israeli forces killed Palestinians who had taken part in the “March of Return” protests in the Gaza Strip.

Earlier this year, Israeli President, Isaac Herzog, visited Ankara, the first visit of an Israeli leader to Turkey since 2008.

Hulusi Akar said that improving relations and cooperation with Israel, especially in areas such as defence, security, and energy will lead to important developments regarding regional peace and stability, while better relations with Israel would facilitate the resolution of some issues which have remained unresolved, especially Palestine.

The clear position that any improvement in Israeli – Turkish relations will not be at the expense of Greece was expressed by Israeli sources the day before yesterday, as reported by CNN Greece.

Regarding the cancellation of the Israeli Defence Minister’s visit to Greece, the same sources pointed out that the relations between Greece and Israel are of strategic importance, are strengthening, and have strategic depth, while they made special reference to the relationship between the two countries.

The close bilateral relations are highlighted by the number of bilateral visits by officials of the two countries. Regarding the joint visits of Israeli officials with other countries, Greece is in first place worldwide, they noted. More visits are made between Greece and Israel than between Israel and the US, they added.

Analyzing further the “strategic depth” between the peoples of Greece and Israel, they underlined the development of cultural and academic bilateral ties as well as the importance of information exchange and military cooperation, with an emphasis on exports of military equipment to Greece. In this context, they highlighted the importance of the Hellenic International Flight Training Center in Kalamata for the development of bilateral strategic relations.