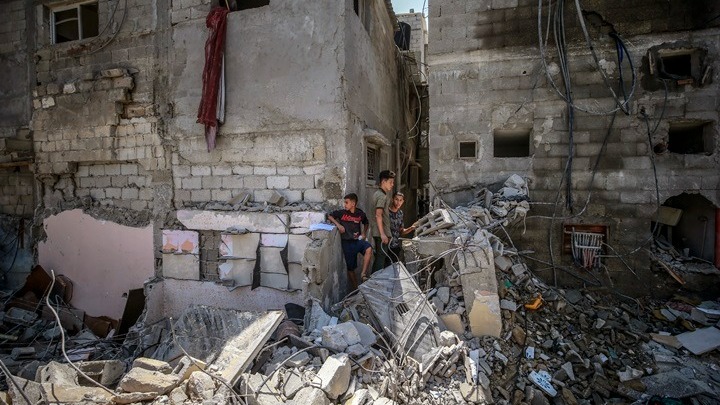 Israel and Palestinian militants agreed to observe a ceasefire in Gaza since last Sunday night as proposed by Cairo, sources said. The agreement comes after a weekend of deadly Israeli shelling of Palestinian targets and the launch of rockets into Israeli territory from the Palestinian enclave.

An Egyptian security source said Israel had agreed to the truce offer, while a Palestinian official familiar with Egyptian mediation efforts said the ceasefire would take effect at 22:00 local and Greek time.

Israel confirmed that the ceasefire with the Palestinian militant group Islamic Jihad would come into force at 11.30 pm on the third day of hostilities that have killed dozens of people in the Gaza Strip.

Prime Minister Yair Lapid’s office announced that “it is able to confirm that a ceasefire will be implemented tonight at 11:30 p.m. If the ceasefire is violated, the State of Israel reserves the right to respond forcefully,” the statement said, thanking Egypt for its mediation.

The Islamic Jihad group in turn confirmed reaching an Egyptian-brokered truce deal with Israel yesterday, the third day of hostilities that have killed dozens of Palestinians in the Gaza Strip.

“Just some time ago, the formula was found for Egypt’s announcement of the ceasefire agreement, which mainly concerns its commitment to mediate for the release of two prisoners,” says Mohamed Al-Hidi, head of the armed wing of the Palestinian Authority organization, in a statement.

Since the start of Israeli raids against the Islamic Jihad group, 31 Palestinians, including 6 children and fighters, have been killed and 275 injured.

The shelling continued yesterday in the Gaza Strip, while the Islamic Jihad continued to launch rockets against Israel, almost all of which were intercepted by the Israeli Iron Dome system.

Gaza’s only power station was shut down yesterday due to a lack of fuel, four days after Israel closed the crossings between the Palestinian enclave and Israeli territory citing security concerns. Diesel destined for the power plant is trucked in from Egypt or Israel, which has maintained its blockade of the Gaza Strip for fifteen years.

The lack of electricity will cause the supply of health services to be interrupted on Tuesday afternoon because generators are out of fuel, warned the Health Ministry in Gaza. Operating rooms and ventilators need electricity to operate. Fuel shortages also threaten to hamper the movement of ambulances, warns the UN agency for the coordination of humanitarian operations.

The 2.3 million residents of the Palestinian enclave have been suffering from a lack of electricity since last month, having electricity 11 hours a day on average. Without the resumption of electricity supply, the supply of water to the Gaza Strip from wells or desalination plants will soon be affected.

Also read: Turkey | Erdogan meets with officials of the Libyan leadership in Ankara