The President of the Republic of Cyprus, Nikos Anastasiadis, congratulated Benjamin Netanyahu on his victory in the elections in Israel, saying that he looks forward to close cooperation, as in the past, so as to deepen bilateral relations.

In his post on Twitter, President Anastasiades also mentions that he is looking forward to cooperating with Netanyahu in order to promote peace in the region. 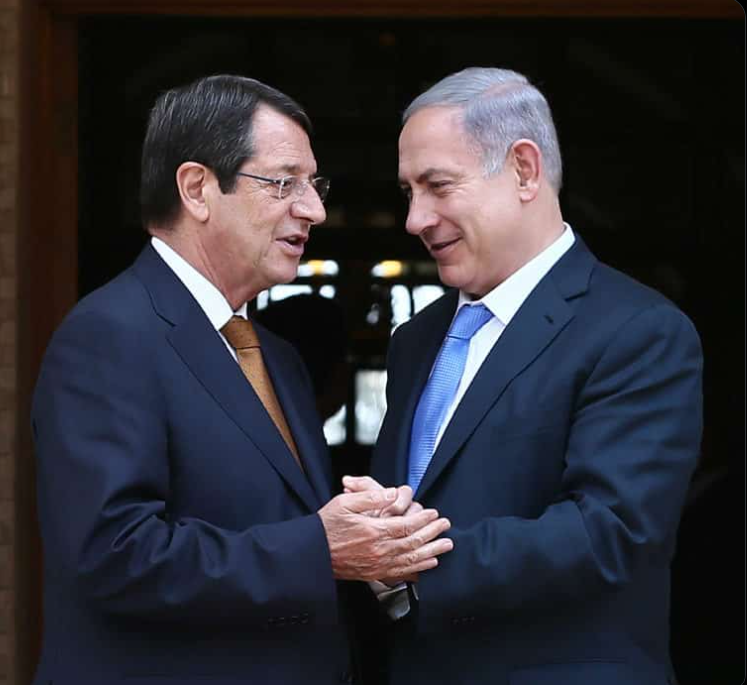 Warm congratulations to the people of 🇮🇱 for exercising their democratic voting right & to my dear friend @netanyahu for his electoral victory.Looking forward to working closely together, as in the past, for the further deepening of 🇨🇾🇮🇱 relations & promoting peace in our region. pic.twitter.com/F4CMi2Jed0

Besides, Israel’s Ambassador to Cyprus, Oren Anolik, wrote on his own Twitter account that his country expects to welcome President Anastasiades to Israel next week.

Just spoke with @netanyahu to congratulate him on his election victory. Looking forward to continuing the very strong relations between our two countries. 🇮🇱 🇬🇷

Prime Minister Kyriakos Mitsotakis had a telephone conversation with the winner of the elections in Israel and for many years the country’s Prime Minister, Benjamin Netanyahu, in order to congratulate him on his electoral victory. Mr. Mitsotakis pointed out in a post on Twitter in English that he looks forward to the continuation of the very strong bilateral relations.

Meanwhile, Israel’s parliamentary election winner, Benjamin Netanyahu, has begun negotiations with his ultra-Orthodox and far-right allies with the prospect of forming a government that may be the most right-wing in Israel’s history, raising concerns abroad and at home.

With 64 seats, the right-wing bloc led by Netanyahu, who lost power in June 2021 after 12 consecutive years as Prime Minister, is the winner of the parliamentary elections held on Tuesday.

His party, Likud, secured 32 seats, its ultra-Orthodox allies 18, and the “Religious Zionism” alliance 14, a record number for the far right.

The announcement of the results of the parliamentary elections, the fifth to be held in three and a half years, came in a context of a resurgence of Israeli violence.

Under Israeli election law, the final results of the parliamentary elections will be announced on November 9 to President Isaac Herzog, who will then formally appoint the candidate with the most votes, apparently Netanyahu, to form a government within 42 days.