Israel – Gaza | Eighth day of hostilities with rocket attacks from Lebanon – All developments
Defence Redefined
Published on 18/05/2021 at 07:58 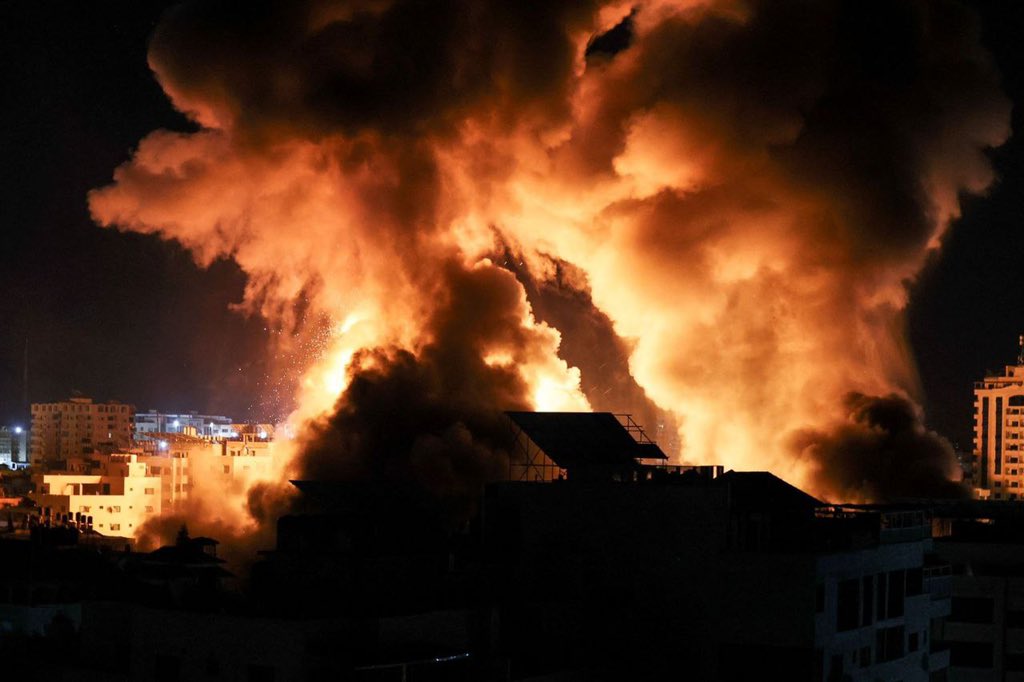 The Israeli army announced that six rockets were fired from Lebanon against Israel last night, but they did not reach Israeli territory.

The army said it retaliated with artillery shelling against designated targets in Lebanon.

6 rockets were just fired from Lebanon toward northern Israel, all of which fell inside Lebanon.

In response, our artillery forces fired toward the sources of the launches.

A few minutes earlier, it had been announced that sirens warning of incoming rockets sounded in northern Israel, near the country’s border with Lebanon.

Also read: “Our campaign against terrorists continues” – Another night of bombing in the Gaza Strip – VIDEO

The Israeli Channel 13 TV broadcast that explosions were heard in the area.

The US Chief of the General Staff, General Mark Miley, warned yesterday of the danger of a wider destabilization across the Gaza Strip if there is no escalation of hostilities between Israel and Palestinian militants.

Following the violent clashes that have lasted more than a week, Miley noted that Israel’s actions are self-defence ones, but he also stressed that the level of violence is such that “it is not in anyone’s interest to continue fighting.”

“My assessment is that there is a risk of a wider destabilization and a whole series of negative consequences if the fighting continues,” the US military chief told reporters shortly before landing in Brussels for talks with NATO allies.

Biden speaks in favour of “ceasefire” in talks with Netanyahu

According to a press release of the White House, during a meeting with Israeli Prime Minister Benjamin Netanyahu on Monday, US President Joe Biden expressed his “support” for a ceasefire, a week after the escalation of violence between Israel and Hamas.

“The president has expressed his support for a ceasefire,” the statement said.

Several voices in the Democratic ranks have risen, calling on Biden to push for an end to hostilities between Israel and Hamas, which controls the Gaza Strip.

Also read: Erdogan to Rouhani | “The international community must give a strong punishment to Israel”

Another extraordinary meeting of the UN Security Council on the Israeli-Palestinian conflict will be held behind closed doors today, Tuesday at noon (local time), the Norwegian diplomatic mission announced in a post on its Twitter account.

“Innocent civilians continue to be killed and injured. We repeat: ceasefire. End hostilities now,” said a statement from the Norwegian delegation to the United Nations.

Norway, along with Tunisia and China, have been pushing for a week to mobilize the UN, which has so far failed to issue any joint statement due to US refusal.

In a telephone conversation with the UN Secretary-General, Jordanian King Abdullah said that “the repeated provocative Israeli actions against Palestinians have led to escalation in the Palestinian territories,” the palace tweeted last night.

“The international community must take responsibility, take action to stop the Israeli aggression in Jerusalem, the aggression in Gaza,” he said, according to the post, adding that “the king has always warned against any change in the historical and legal status of Jerusalem.”

Also read:  Ν. Dendias | The first European Foreign Minister to travel to Israel and the Palestinian territories since the beginning of the crisis