INTERNATIONAL RELATIONS
Israel | Announcement on full restoration of diplomatic relations between Ankara and Tel Aviv
Defence Redefined
Published on 17/08/2022 at 17:20 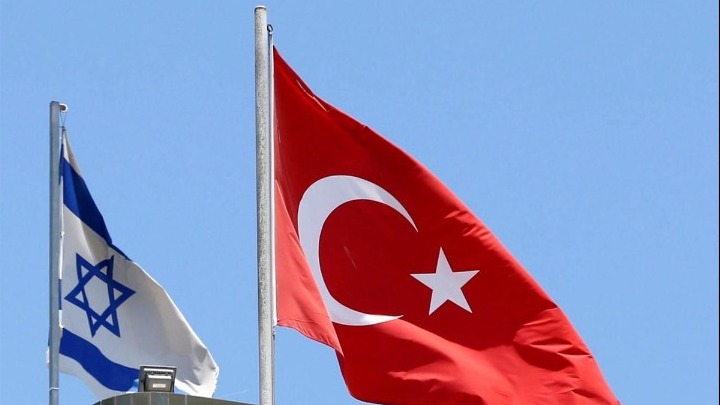 Israel and Turkey have decided to fully restore their diplomatic relations and return each other’s ambassadors and consul generals to the two countries after the steady improvement of bilateral relations, the office of Prime Minister Yair Lapid announced today.

In Ankara, Turkish Foreign Minister, Mevlut Cavusoglu, said after the Israeli announcement that, despite the full restoration of Turkish-Israeli relations, Turkey would not abandon the Palestinian cause.

The Turkish Foreign Minister – indirectly confirming the imminent appointment of a Turkish ambassador in Tel Aviv – stated that it is important that their messages (on the Palestinian case) be conveyed directly through the ambassador.

After more than a decade of strained relations, Israel and Turkey have in recent months ushered in a new era in their relations marked by the historic visit of Israeli President, Isaac Herzog, to Ankara in March.

Mevlut Cavusoglu then visited Jerusalem at the end of May as part of the restoration of bilateral relations.

Turkish President, Tayyip Erdogan, who has cast himself as a champion of the Palestinian cause, has been a fierce critic of Israel’s policy towards the Palestinians, as Turkey maintains close ties with Hamas, which has controlled and ruled the Gaza Strip since 2007.

The deterioration of relations between Ankara and Tel Aviv began in 2010 with the case of the Mavi Marmara ship, when Israeli forces carried out a bloody raid on the Turkish ship, which was carrying humanitarian aid, heading to the Gaza Strip with the aim of breaking the Israeli blockade.

Turkey and Israel recalled their ambassadors to Tel Aviv and Ankara respectively in 2018 after Israeli forces killed 60 Palestinians during protests on the border between Gaza and Israeli territory against the Trump administration’s opening of the US embassy in Jerusalem.