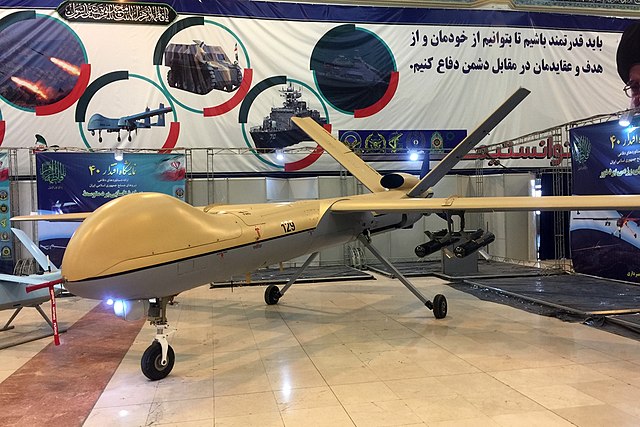 Nine Iranian-made Shahed drones were shot down in the early hours of Monday in Kiev airspace as Russia’s Armed Forces continued their offensive against the Ukrainian capital, the city’s military administration stated via Telegram.

Reuters journalists report that several explosions were heard in the Ukrainian capital and its surroundings. Reuters notes that it was unable to independently confirm this information. According to a reporter for the said news agency, a fire broke out in the central Shevchenkivskiy district, which is often targeted by airstrikes. Air defence sirens sounded throughout most of the night in Kiev and its suburbs.

European Union foreign policy chief, Josep Borrell, condemned Iran’s support for Russia in its war in Ukraine and its continuous crackdown on opposition in the country, but said the EU would continue to work with Iran to restore its 2015 agreement on Iran’s nuclear program.

Also read: Cerbair | Lessons learned from the Houthi drone attacks in the UAE