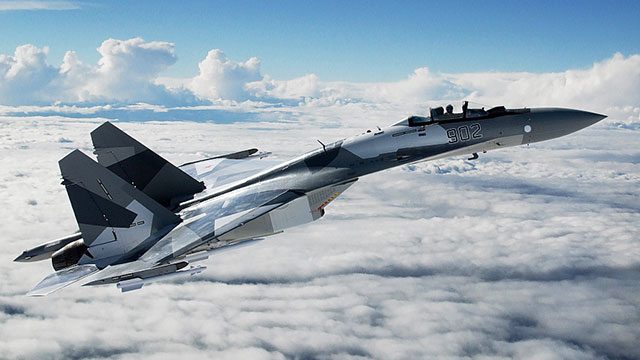 Iran is ready to acquire 24 Sukhoi Su-35 Flanker-E fighter jets, which Egypt ordered from Russia, but never received. In fact, it is likely that after this purchase, Iran will place a second order for another 36 aircraft, while Tehran and Moscow may sit at the negotiating table for the production of the 36 fighters in Iran.

In August 2022, Western media reported that Iran was seeking to exchange its Unmanned Aerial Vehicles (UAVs) with Russian Su-35 multirole fighters in a barter deal.

According to unconfirmed information, 30 Iranian pilots are already in Russia and are expected to undergo training.

Egypt ordered 24 Sukhoi Su-35 Flanker-E fighter jets in March 2019. The planes, although already built, are still stuck in their hangars. There are two possible scenarios as to why Egypt has not received them.

According to one scenario, technical difficulties prevented Egypt from fulfilling the contract. This version is considered unlikely, since in every production there are technical faults which are fixed, even if the delivery period is extended.

The second scenario speaks of Egypt’s refusal to pay for the delivery of the 24 fighters in order to avoid Washington imposing severe financial sanctions under the CAATSA act.

Despite these claims, it is not yet known whether Egypt actually canceled the order, but Iran wants to buy exactly those fighter jets.

Iran is facing problems establishing air superiority. Currently, the IRIAF operates with MiG-29As, MiG-21s, F-14As, and F-5s, which were purchased many years ago. Due to the UN embargo, Tehran could not access modern technologies in the field of aerospace engineering for decades and was forced to modernize its fighter aircraft using its own resources and with a technological disadvantage.

In 2020, the UN embargo against Iran was lifted. At the time, according to the Bulgarian Military, there were two areas of defence that Iran would try to strengthen, its air fleet and air defence systems.

Thus, in January 2022, an agreement was signed between Iran and Russia on defence and security cooperation. This agreement includes not only the modernization of the existing fighter aircraft of the IRIAF, but also the purchase of 2 S-400 air defence systems and 24 Su-35 fighters.

The deal is said to be worth close to $10 billion, while sources claim that Tehran has already built a hangar for the modernization and upgrade activities of the MiG-29 and Su-24 aircraft.