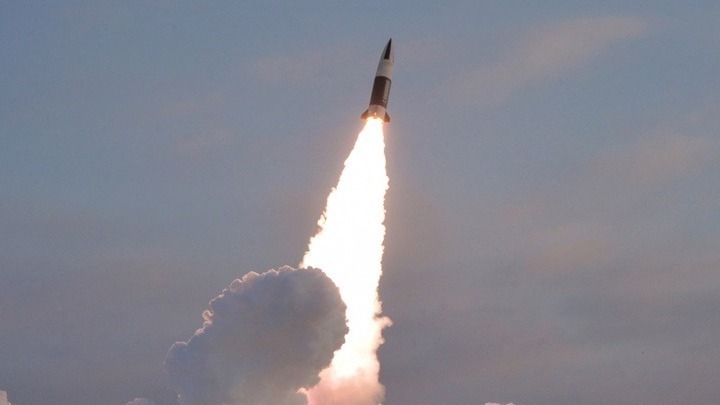 North Korea today confirmed that it launched its most powerful missile since 2017, the Hwasong-12. According to state media, this is the seventh missile test in a month, raising concerns on the part of other countries as to whether North Korea is about to repeat nuclear tests and intercontinental ballistic missile launches.

The KCNA confirmed today that the test was carried out using the “launch system at a higher angle” to protect the safety of neighboring countries, adding that a camera had been mounted on the missile’s head. The official agency published images taken by this camera.

The missile was launched shortly after noon before a rally in the northern province of Jangang, where North Korea has fired other supersonic missiles in recent months.