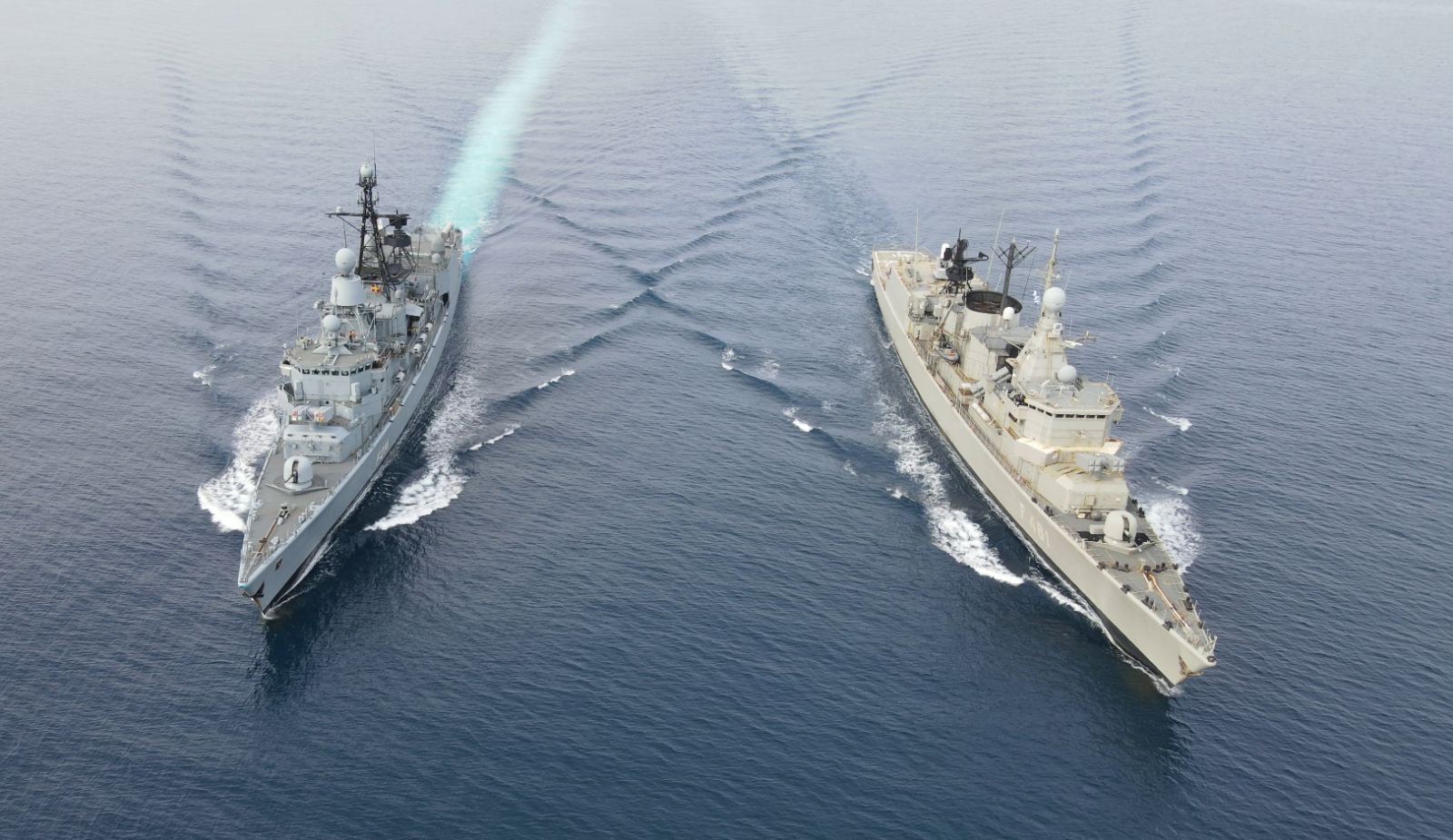 On Sunday, March 27, 2022, and in the framework of the international collaborations of the Hellenic Armed Forces, according to the planning of the Hellenic National Defence General Staff (HNDGS), a PASSEX (Passing Exercise) of the NAVARINON Frigate with the German FGS LUEBECK of the Standing NATO Maritime Group Two (SNMG 2)  was conducted in the sea area of ​​the Central Aegean and the Cyclades. 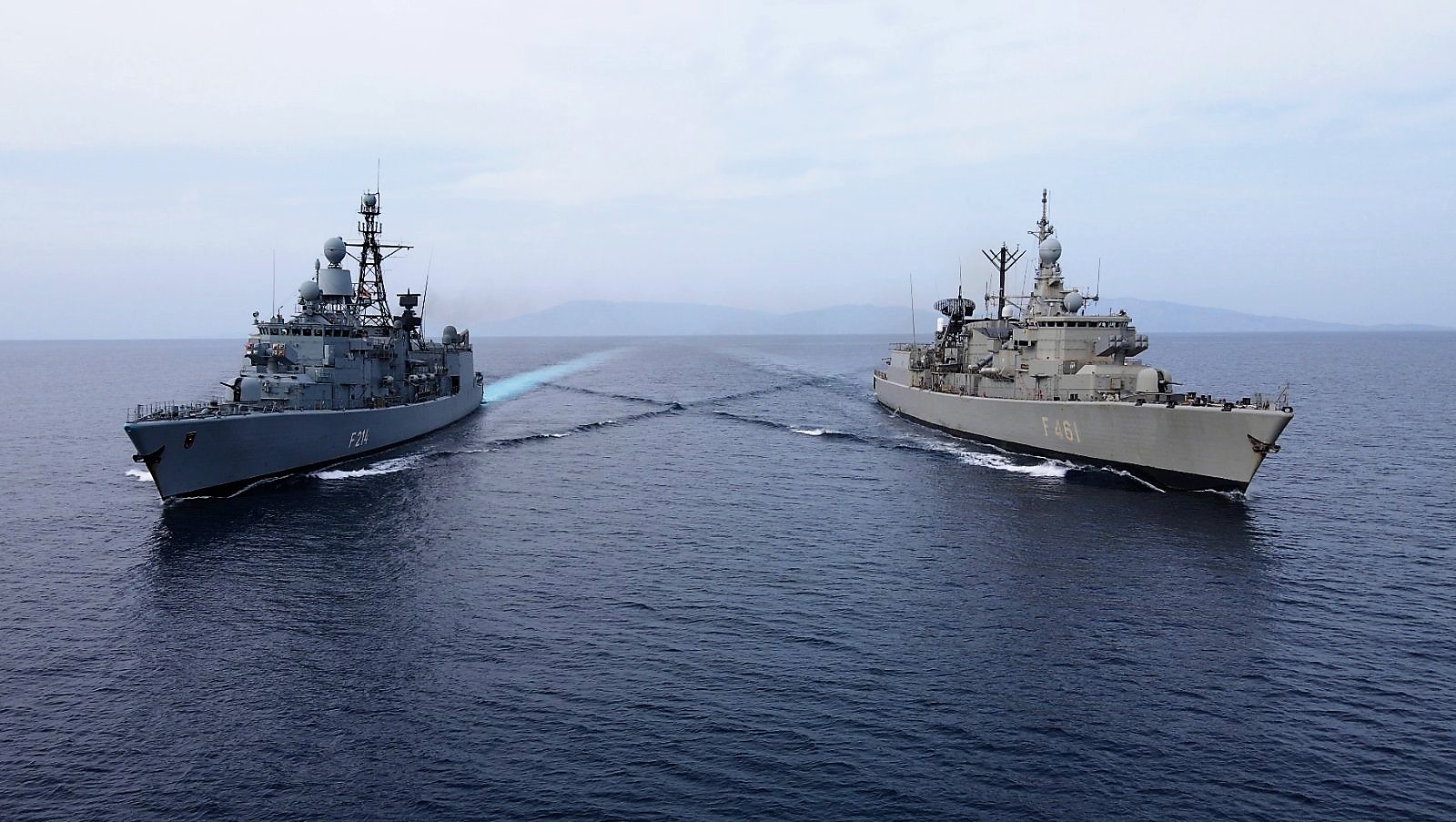 During the PASSEX, items of composition and exchange of tactical image, communications as well as progressive manoeuvres were performed, according to the announcement by the Hellenic National Defence General Staff. 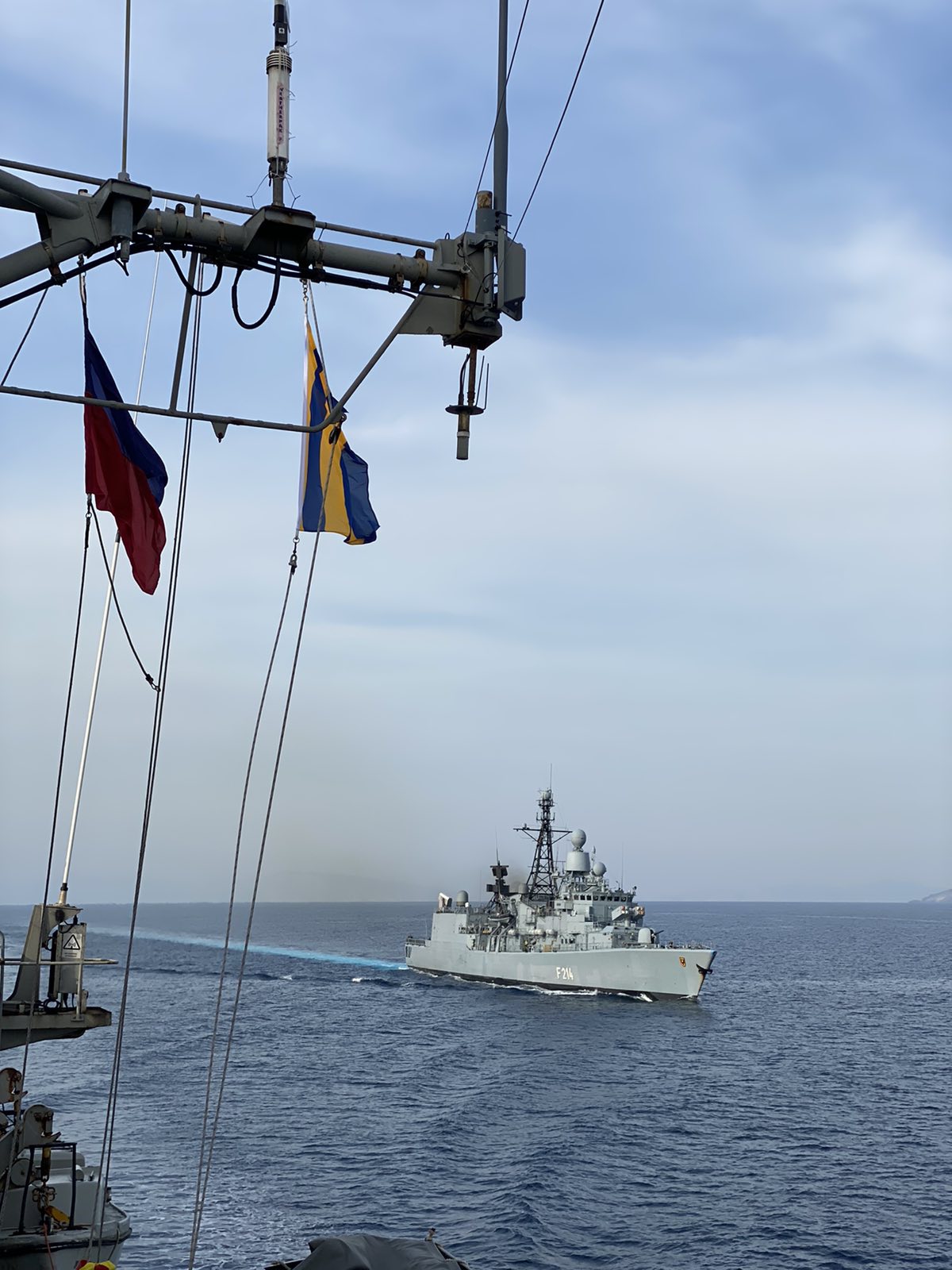 This cooperation helped to raise the level of operational readiness, combat capability and cooperation of the participants in an allied context. 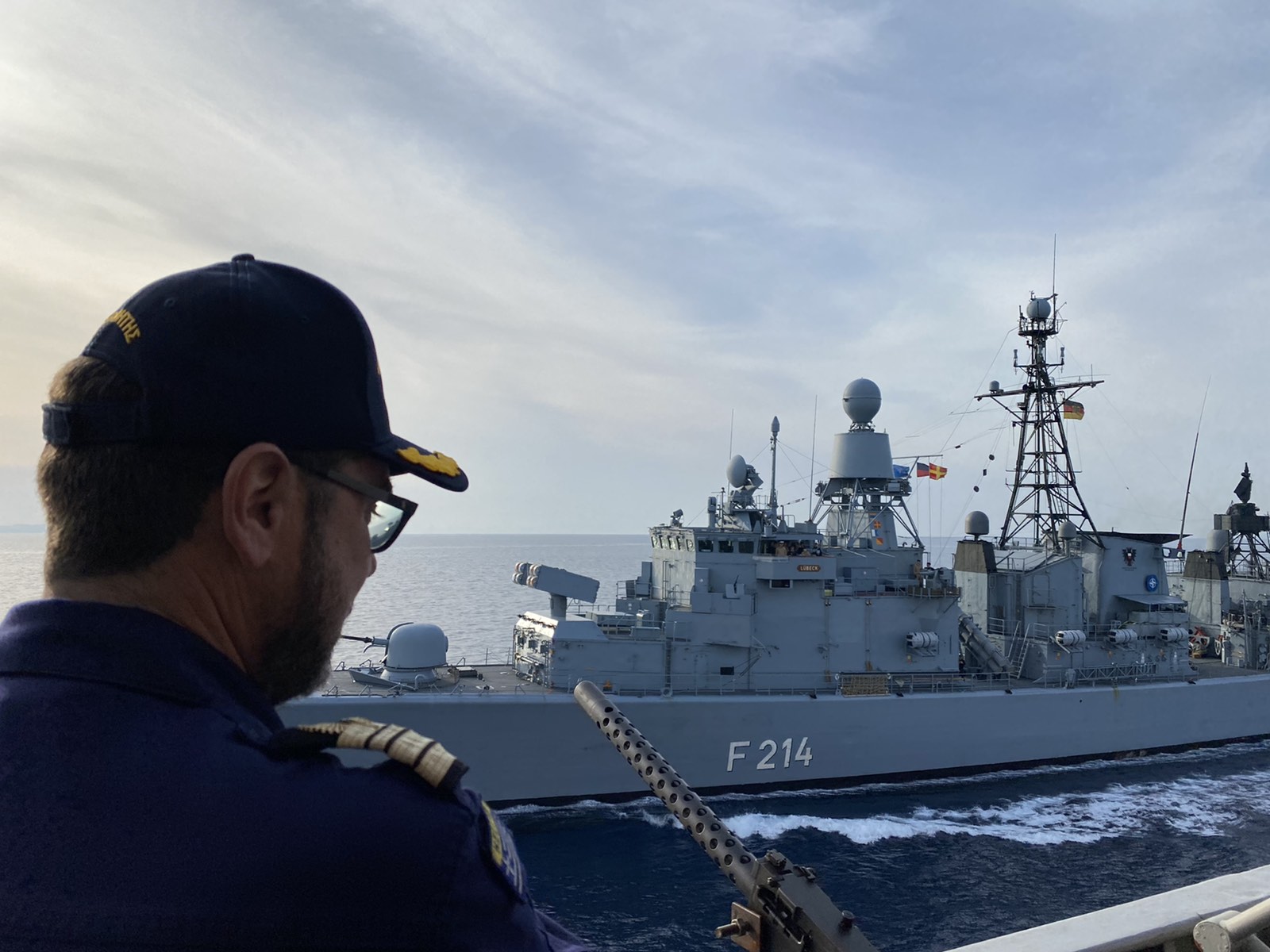 Also read: Ministry of Defence (MoD) | Visit to defence companies in Israel and discussion on common areas of interest