NEWS
Hellenic Armed Forces | Vehicles for civil protection needs through the ESIF of the Central Macedonia Region
Defence Redefined
Published on 14/07/2022 at 11:03 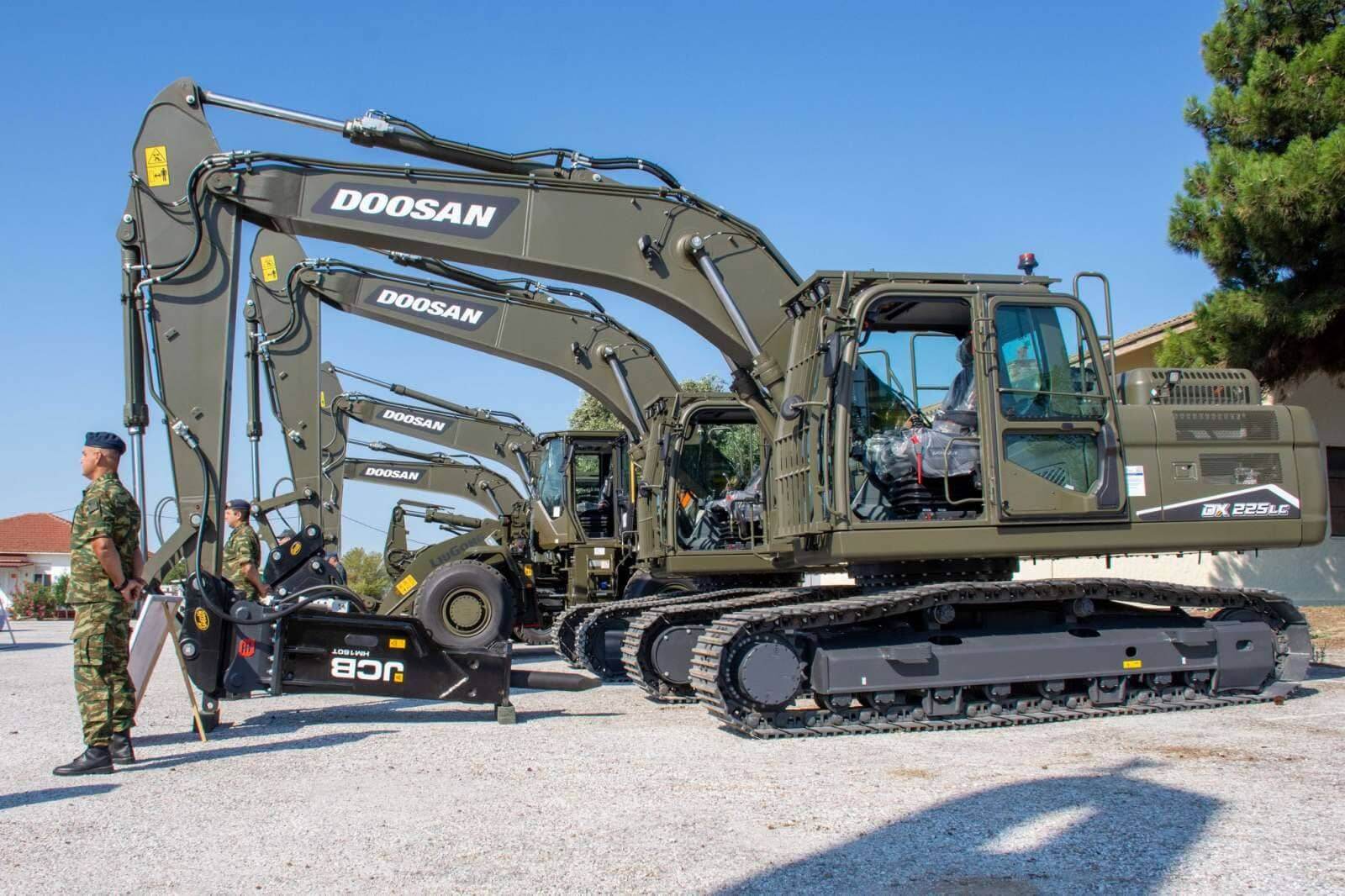 Five brand new and modern Military engineering vehicles were delivered the day before yesterday to the 3rd Army Corps and the 350th Guided Missile Wing.

These are three crawler excavators, one backhoe loader, and one wheeled crawler. The acquisition of these vehicles was funded by the European Structural and Investment Funds (ESIF) programs of the Central Macedonia Region. 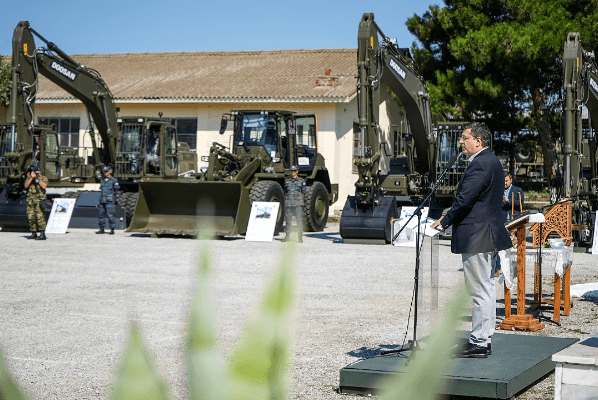 As Mr. Tzitzikostas emphasized in his greeting, “with this intervention, the Region of Central Macedonia once again acknowledges the very critical social role of the Hellenic Armed Forces and their great contribution to Civil Protection.

That is why we make sure to strengthen the work of the Hellenic Armed Forces personnel with the appropriate means, so that they can intervene effectively whenever required, protecting the lives and property of our fellow citizens. And this crucial and important social role of the Hellenic Armed Forces, both in dealing with crises and in recovery afterwards, becomes even more important in this era of great challenges, with climate change being the greatest of all.”

Referring to climate change, the Regional Governor underlined that “it is a reality we can no longer overlook. If we ignore it, it will take revenge on us again even more cruelly. After all, especially last summer, with the fires and floods in Greece and Europe, we heard scientists and experts warning that what we experienced will now become ever more frequent. 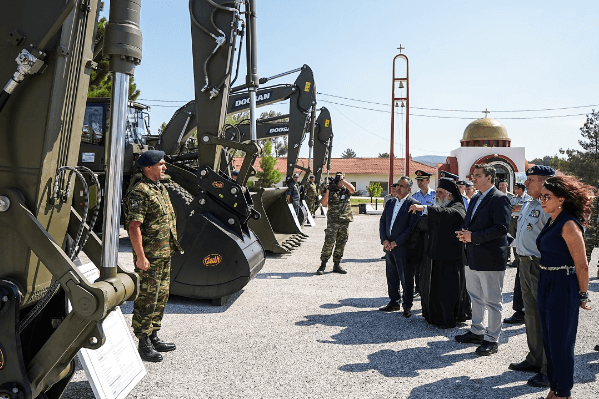 Unfortunately, there is no doubt that extreme events that cause major natural disasters will continue to be a part of our lives in the years to come. So the question is whether we will now be better prepared, so that these disasters are as painless as possible. This is neither simple nor solved overnight. It requires planning, work, and persistence. And above all, it requires cooperation. And I want to dwell on this, because as the administration of the Region of Central Macedonia, from the first moment we are putting into practice what we have committed to, to be firmly and always next to the people who are fighting on the front line, to support all those who have made it their life’s mission to protect our fellow citizens, because for us the safety and protection of life, health, and property of citizens were and remain our top priority.”

This is proven, noted Mr. Tzitzikostas, by the actions of the Region: 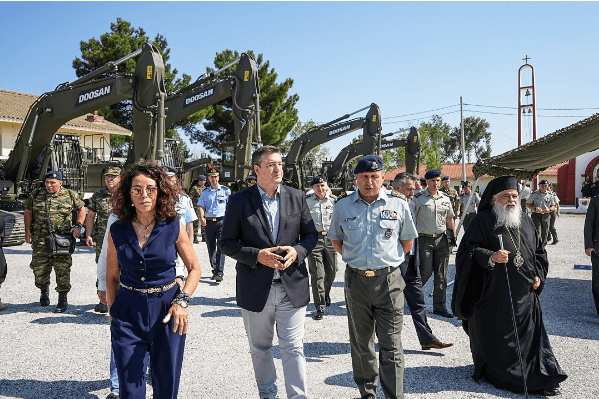 We look forward to our further synergy, both in the field of dealing with natural disasters and in the field of energy upgrading of critical building infrastructures and facilities, such as the historic building which houses the 3rd Army Corps.

The Hellenic Armed Forces actively contribute to addressing the challenges of climate change, which tests the modern way of life and threatens the future of our planet and, by extension, the future of generations.”