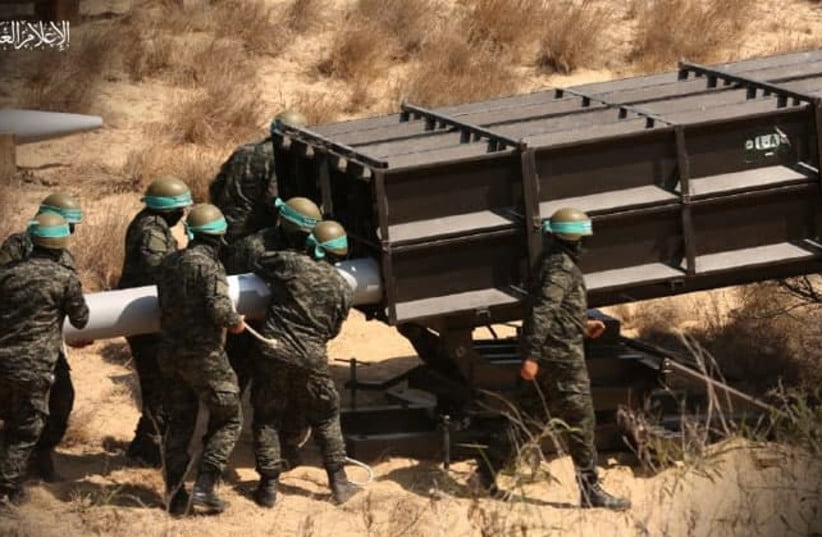 Yahya al-Sinwar, a Hamas leader in the Gaza Strip, has rejected any plan to rebuild the Palestinian enclave that excludes the Islamist faction and exclusively deems the Palestinian Authority of President Mahmoud Abbas responsible.

US Secretary of State Anthony Blinken vowed on Tuesday that the United States would help rebuild the Gaza Strip, but insisted that US aid should not benefit Hamas. The Israeli government is reportedly concerned that aid to the Palestinian enclave, which has been blocked for some 15 years, could be used in a way that would allow Hamas to strengthen its position or rearm, as was the case after the preceding war between the two sides in 2014.

The idea that Mr Blinken seemed to prefer is for the US to work with the Palestinian Authority to reduce the chances of aid being misused, but also to strengthen the Authority against Hamas, which Israel, the US and the EU call “a terrorist organization”.

Speaking to reporters in Gaza, Mr Al-Sinouar said the US foreign minister’s remarks were aimed at widening the gap between Hamas and the Palestinian Authority. “But we will not step on it because of this trick, we will not turn against each other,” he assured. Mahmoud Abbas’ Fatah has been in conflict with Hamas for years and Hamas ousted it from the Gaza Strip in 2007. Fatah and the Palestinian Authority exercise power only in parts of the Occupied Palestinian Territories of the West Bank that are not ruled by Israel.

Blinken visited the region to help consolidate the ceasefire between Israel and Hamas, which has generally been observed since last Friday, when it came into force. The two sides’ ceasefire agreement followed bloody clashes that raged for more than a week, killing more than 250 people in the Gaza Strip and 13 in Israel.

In Cairo, the US Secretary of State met with Egyptian President Abdel Fattah al-Sisi and praised the Egyptian mediation efforts to achieve and consolidate the ceasefire. His interlocutor noted the need to resume Israeli-Palestinian peace talks with “substantial US involvement.”

Also read: Hamas are ready to pull the trigger, demanding compensation from Israel