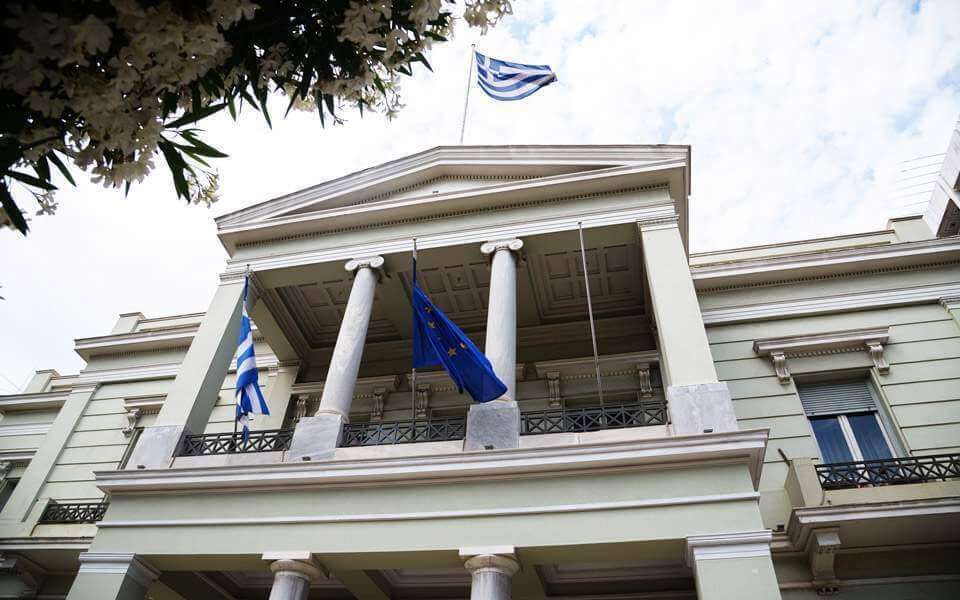 The Ministry of Foreign Affairs strongly condemns the unprecedented violation of national sovereignty by two Turkish fighters, which illegally entered the Greek national airspace and approached Alexandroupolis at a distance of only 2.5 nautical miles.

At the same time, it declared that by order of Minister Nikos Dendias, the Secretary-General of the Ministry of Foreign Affairs, Themistoklis Demiris, presented an immediate, strong démarche against the Turkish ambassador in Athens. Our allies and partners, as well as the EU, NATO, and the UN have also been informed.

According to the Foreign Ministry, this action is a very clear escalation of the Turkish provocation and part of Turkey’s effort to promote its neo-Ottoman revisionism, violating all the fundamental rules of international law.

It further points out that this action undermines the cohesion and immediate priorities of NATO, posing a clear threat to the European Union at a critical juncture, as the port of Alexandroupolis is a key hub for the transfer of military forces to strengthen our allies.

Also read: Mitsotakis – Biden meeting | Democracy, common views on energy, the F-35s and rejection of Turkish provocations on the agenda