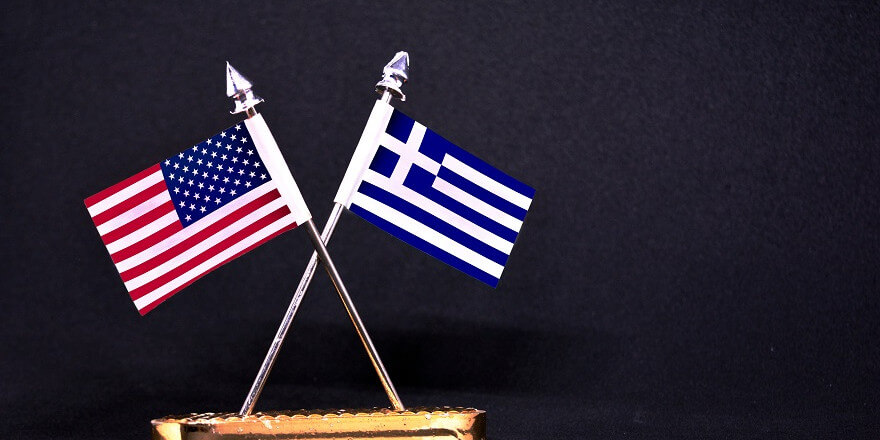 “Inaction does not constitute patriotism. Ostrichism is not patriotism,” said Foreign Minister, Nikos Dendias, during his speech to the Parliamentary Committee on National Defence and Foreign Affairs, where the drafting of the Foreign Ministry bill to ratify the second amendment protocol has begun.

“We want the American military presence in Alexandroupolis, we did them no favors with the new Mutual Defence Cooperation Agreement (MDCA), national interest comes first,” the Minister of Foreign Affairs stated in a speech to the National Defence and Foreign Affairs Committee of the Parliament, noting that it was the government’s choice and wish to change the MDCA from an annual to a five-year term.

According to the APA MPA, the Agreement provides for specific initiatives to upgrade the defence cooperation of the two countries and support the modernization of the Hellenic Armed Forces, while updating it extends the existing agreement for five years.

The ratified agreement concerns the Ministries of Foreign Affairs and National Defence as well as the entire Greek territory, which aims to promote security and prosperity bilaterally, between Greece and the United States of America.

As stated in the explanatory report, “we seek to reaffirm our commitment to deepen and further expand the strategic partnership and cooperation between the parties and the common devotion to the principles of freedom, democracy, the rule of law, human rights, justice, and social progress.”

It is also noted that, “the new updated Mutual Defence Cooperation Agreement extends the strategic defence partnership between Greece and the USA and clearly demonstrates the firm decision of the two countries to safeguard and mutually protect their sovereignty and territorial integrity against actions that threaten peace, including armed attack or any attack threat.”

The agreement provides, among other things, for:

It is recalled that the amendment of the Greek-US Defence Agreement was signed by Foreign Minister, Nikos Dendias, in Washington on October 14, 2021, with his American counterpart, Anthony Blinken.

Finally, the Agreement is scheduled to be discussed and voted by the Plenary this coming Thursday, May 12.

Also read: USA – Turkey | Establishment of a Strategic Mechanism – “It is in the interest of the US and NATO to sell F-16s to Turkey” 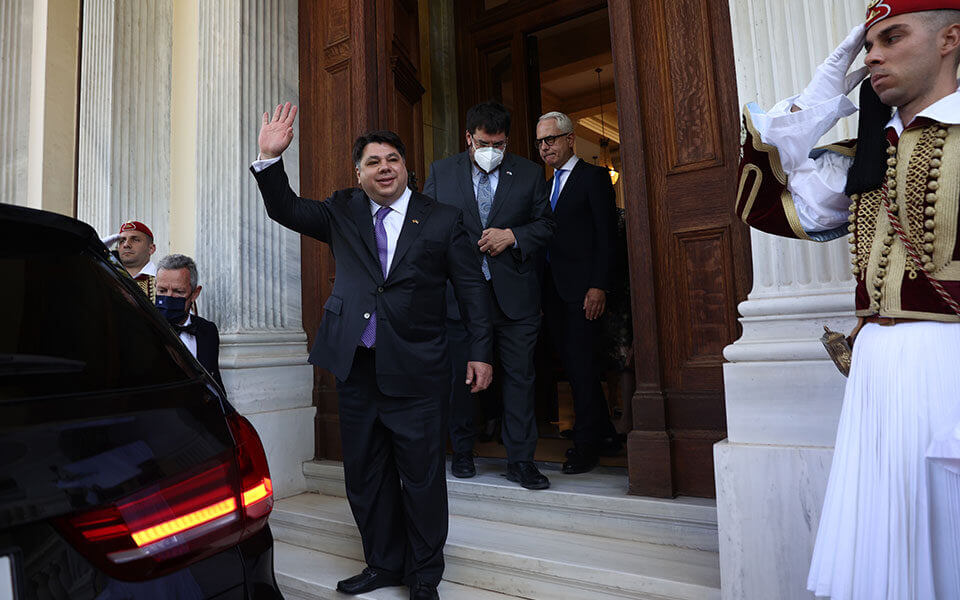 The new Ambassador of the United States of America to Greece, George Tsounis, presented his credentials to the President of the Hellenic Republic, Katerina Sakellaropoulou, this morning.

Immediately after the special ceremony held at the Presidential Palace, Mr. Tsounis had a short conversation with Mrs. Sakellaropoulou, during which he expressed feeling moved by the fact that he is returning to his homeland and, when asked about it by the President, he referred to the place of origin of his family as well as to his special ties with Greece.

Mr. Tsounis is a Greek-American, the son of immigrants to the United States, originally from Platanos in mountainous Nafpaktia. Growing up, his parents instilled in him the Greek virtues of kindness, love, and, above all, decency. He learned Greek as his first language. Deeply attached to the Greek-American community, Ambassador Tsounis was a founding member of the Hellenic American Leadership Council (HALC) and, among other roles, he is the administrator of the Hellenic Initiative.

The new US Ambassador to Greece holds an undergraduate degree from New York University and a Law degree from St. John’s University of Law. He has been a member of the Ecumenical Patriarchate (Order of St. Andrew), the highest ecclesiastical honor bestowed on ordinary citizens by the Greek Orthodox Archdiocese of America, and has received numerous awards, including the Harry Chapin Humanitarian for Long Island Cares and the Lifetime Achievement Award for participation in the commons awarded to him by Long Island Business News. He is married and has three children.