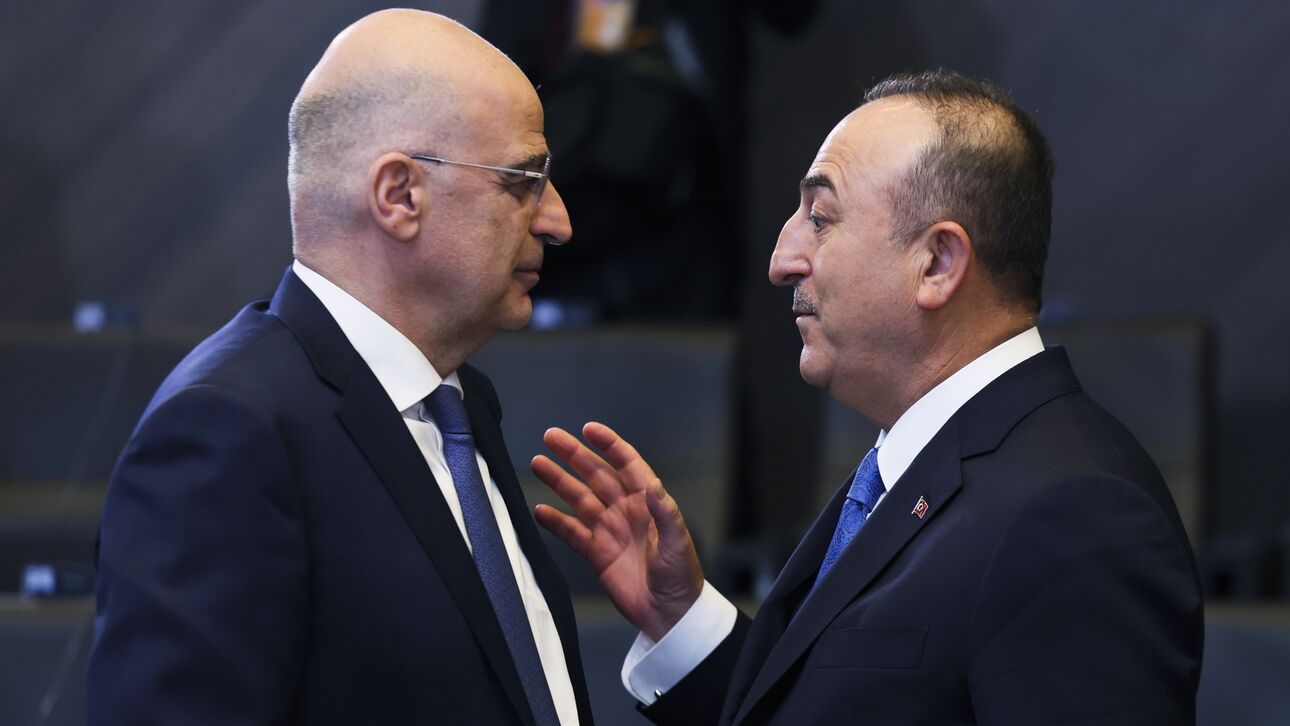 With Ankara insisting on provocative rhetoric despite the repeated allied messages for de-escalation, the diplomatic spotlight is now shifting to the simultaneous presence of Greek and Turkish officials on “neutral ground”, namely in Ohrid and Brussels, with the Ministers of Foreign Affairs and Defence of Greece and Turkey.

The NATO Defence Ministers’ Summit and the forum hosted by Skopje bring Hulusi Akar and Mevlüt Cavusoglu face to face with Nikos Dendias and Nikos Panagiotopoulos.

The Ministers of the Erdogan government are also faced with a negative climate against Turkish behavior. In this light, the attempt of the Turkish Minister of Defence to make reference – in view of today’s contacts – to dialogue with the Greek side is not contingent:

“We are ready to solve all our problems through dialogue and meetings. We already have the existing efforts that have been made, such as the exploratory contacts, which we want to complete. There are confidence-building measures and meetings within NATO. We are ready to start these meetings immediately as we are ready to meet and talk with our Greek counterparts. If there is an opportunity, when we go to Brussels, I am ready to meet with Nikos (Panagiotopoulos),” Hulusi Akar stated, according to CNN Greece.

Hulusi Akar’s dramatic turnaround comes just 24 hours after the diplomatic “incident” and his eventful departure from the NATO interparliamentary assembly in Constantinople.

Suleiman Soilou continued the crescent of threats and false allegations. The Turkish Interior Minister put Greece in the Turkish line of fire, making baseless accusations of refugees’ torture by the Greek authorities, while reiterating the Turkish propaganda for deportations.

As described by the Greek MPs, the Turkish Minister indulged in an anti-Western delusion with non-existent accusations of collaborating with terrorism, receiving shocking responses.

Despite the provocative statements, Athens states that they will not fall into any of the communication traps set by Ankara, while the belief regarding the impact of Greek positions is growing daily.

The new expression of support from Berlin and especially the clarity with which it was expressed by the representative of the German Ministry of Foreign Affairs, Christian Wagner, does not go unnoticed.

“At the outset, I can say that we are aware of the statements made in recent days and weeks and that they do not help the constructive dialogue and stability in the region. Especially the aggressive rhetoric as well as the Turkish violation of Greek airspace give cause for concern.”

In view of her planned visits to Pakistan, Athens, and Ankara, Mrs. Burbok said:

“Greece plays an important role when it comes to the security of the Mediterranean region. At a time when Europe’s security order is fundamentally challenged by President Putin, we must stand united as NATO allies and European partners. Problems must be solved through discussion and not through escalation of tensions.”

One of the messages at Tuesday’s multilateral meeting in Berlin, which is addressed to Ankara, is reportedly moving along this wavelength.

The need to maintain stability within the alliance was explicitly highlighted in the personal meeting of the Turkish President’s adviser, Ibrahim Kalίn, with the US President’s Security Adviser, Jake Sullivan, the adviser of the German Chancellor, Jens Plotter, as well as the Security Advisers of the French Presidency and the Government of Great Britain.