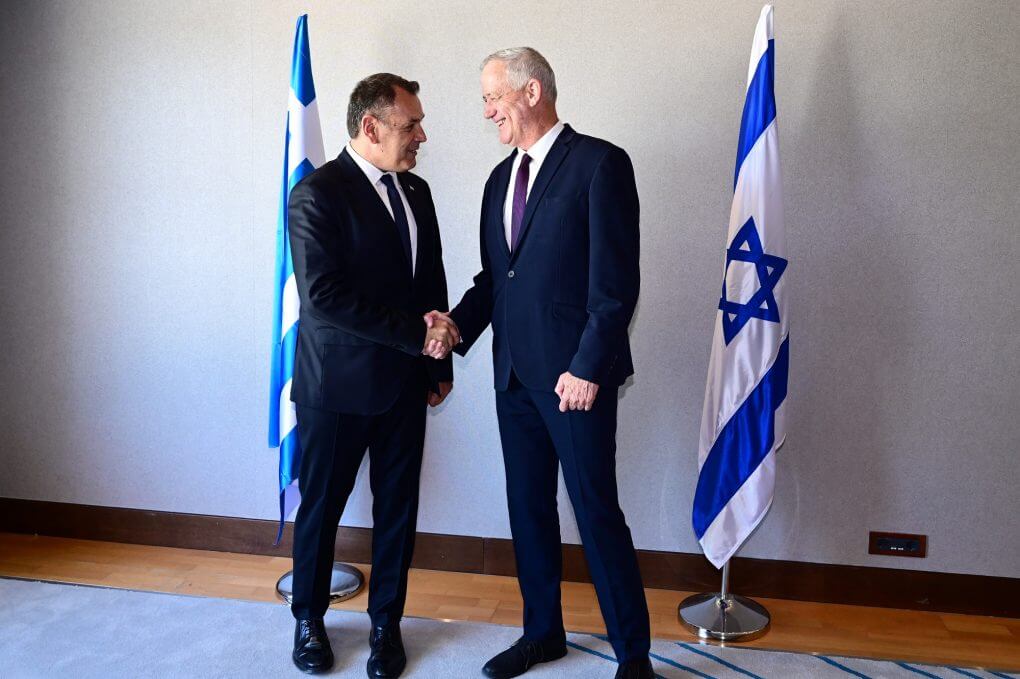 The Minister of National Defence, Mr. Nikolaos Panagiotopoulos, met yesterday Tuesday, July 5, 2022, with the Minister of Defence of Israel, Mr. Benjamin Gantz, on the sidelines of the ECONOMIST Conference in Lagonisi.

According to a statement from the Greek Ministry of Defence, during the meeting, which took place in an extremely cordial atmosphere, the importance of the strategic defence relationship between Greece and Israel was highlighted, while satisfaction was also expressed for the excellent level of cooperation between the Armed Forces of the two countries and their cooperation in the field of defence industry with important armament programs. 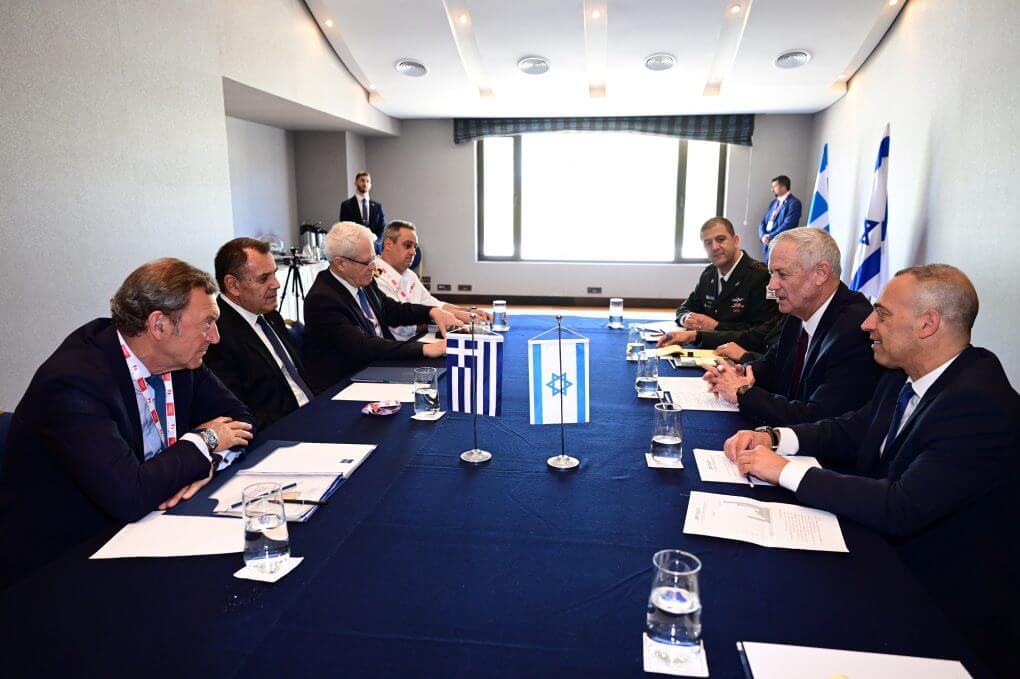 During the talks, it was emphasized that the Tripartite Cooperation of Greece, Cyprus and Israel in the defence field contributes to the promotion of stability in the wider region of the Eastern Mediterranean and the creation of a climate of peace and cooperation, while the importance of the 3+1 cooperation scheme with the USA was also underlined.

Signing of Memorandum of Understanding

In particular, the General Director of the General Directorate of Political National Defence and International Relations of the Ministry of National Defence, Dr. Konstantinos P. Balomenos, held a working meeting on July 05, 2022, with his Israeli counterpart, Brigadier General (Res.) Dror Shalom, on the sidelines of the Economist Conference in Lagonisi (26th Annual Economist Government Roundtable). 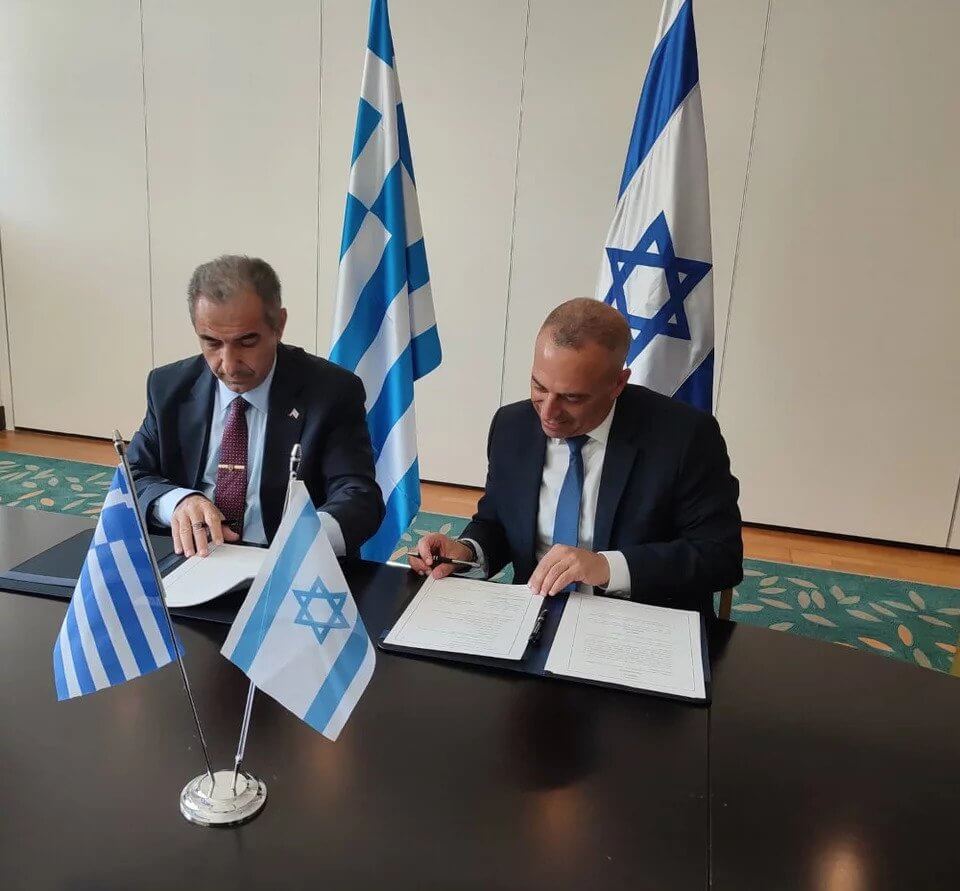 Security threats and challenges as well as regional developments in the Eastern Mediterranean region and the Middle East in general were discussed during the meeting. In particular, the General Director of GDNDPIR, Dr. Konstantinos P. Balomenos, referred to the escalating, destabilizing and illegal actions of Turkey, which continues to promote its revisionism by adopting hybrid tactics.

In addition, new perspectives for the further deepening of the Greek-Israeli defence cooperation were discussed and the joint determination to further strengthen the defence and military cooperation in order to promote peace, stability and prosperity in the Eastern Mediterranean region was emphasized.

The two Officials signed a Memorandum of Understanding on bilateral cooperation in the field of academic analysis of the geostrategic security environment in the Eastern Mediterranean and the Middle East, the preparation of strategic studies and the co-organization of training activities in the territory of our country and Israel.

The bilateral contact was held in a very warm atmosphere, confirming the strong ties of friendship between the two countries.